Since its arrival on Christmas Day, the USS Kittiwake has caused quite a stir in Grand Cayman.

Long established as one of the world’s foremost diving markets dating back to the Nikonos era, this small Caribbean island lost much of its diving luster in the wake of hurricane Ivan in 2004. In the years following the storm, the Cayman Board of Tourism turned to the sinking of the Kittiwake –a former Navy submarine rescue vessel– to give Cayman tourism the boost it so desperately needed. After years of planning, missed sinking deadlines, and frustration, the Kittiwake reached its final resting place on January 5th, shortly after 2 pm; but the excitement had only just started. 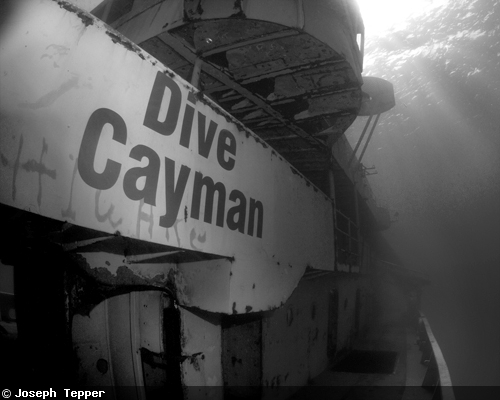 Once submerged, the 2200-ton vessel was almost instantaneously swarmed by photo-bugs, the names of which included the illustrious Cathy Church and even a photographer from National Geographic. As luck would have it, I too was in the unique position of diving the wreck only 24 hours after the sinking, but was robbed of any photographic endeavor being temporarily limited to my 105 macro lens. Nevertheless, I cruised along the length of the vessel and perused through spaces in the top two decks, all the while wishing I could capture the dramatic angles of the wreck. 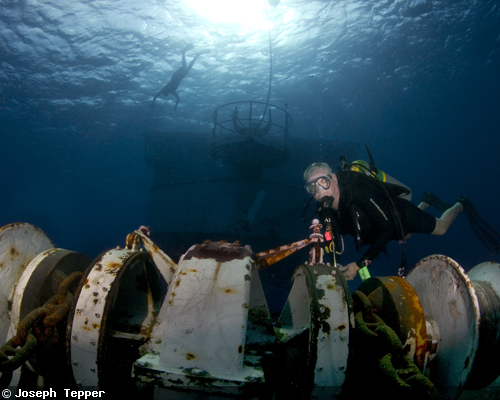 Fortunately, the day soon arrived when I was able to finally shoot this now permanent fixture of the Cayman reef scene; and I was not disappointed. With a maximum depth no more than 60 feet, the Kittiwake is the perfect subject for any new diver learning to photograph wrecks. The ship features numerous dramatic wide angles, including the view behind the stern from which the title “Kittiwake” is viable, as well as the sharp bow that can “pop out” from the ambient-lit background of any shot with just a touch of strobe light. 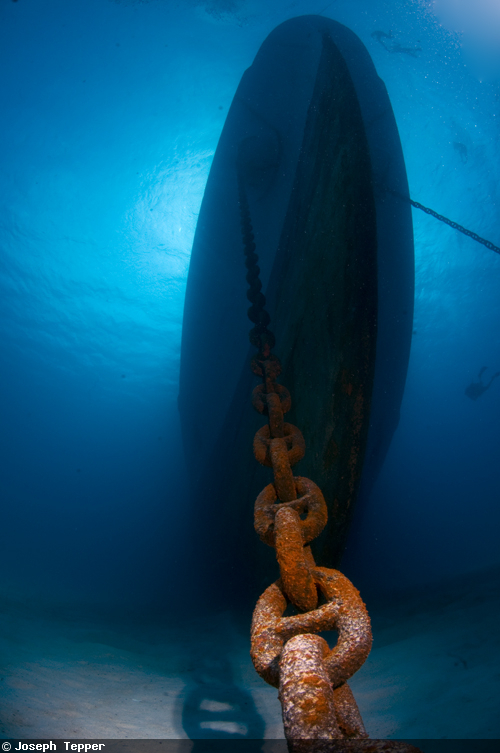 Perhaps the only downside to the shallow placement of the wreck is the challenge it presents to capturing a panoramic style shot from directly above. With the top stack of the ship ascending almost three feet below the surface, such a shot would be truly a difficult feat. 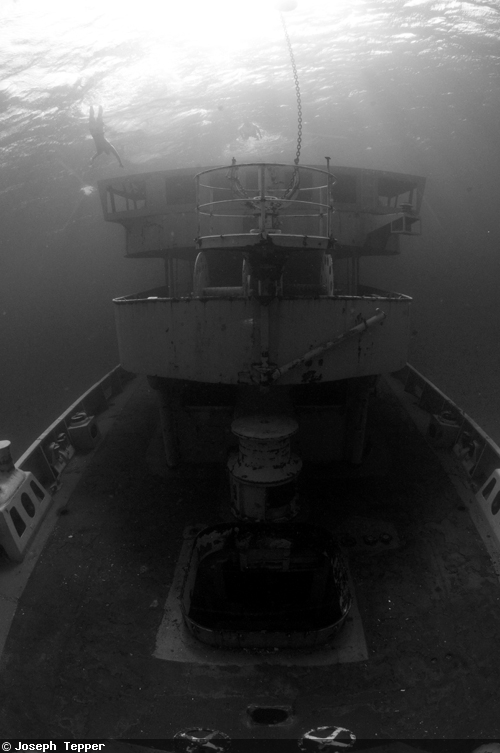 While the Kittiwake, like most large shipwrecks, is best shot with extremely wide-angle or fisheye lens, the interior of the ship lends itself to compact shooters as well: recompression chambers on the second deck –once used to treat bent submariners– now hold great ironic potential for photography, while the kitchen and engine rooms remain mostly intact. What’s more, not yet a week under the ocean, this wreck is already attracting marine life from nearby coral heads. Stingrays, barracudas, schools of horse-eyed jacks, and the garden eels that survived the ship’s fall all seem to look on with great curiosity, and further proliferation surely cannot be far behind. 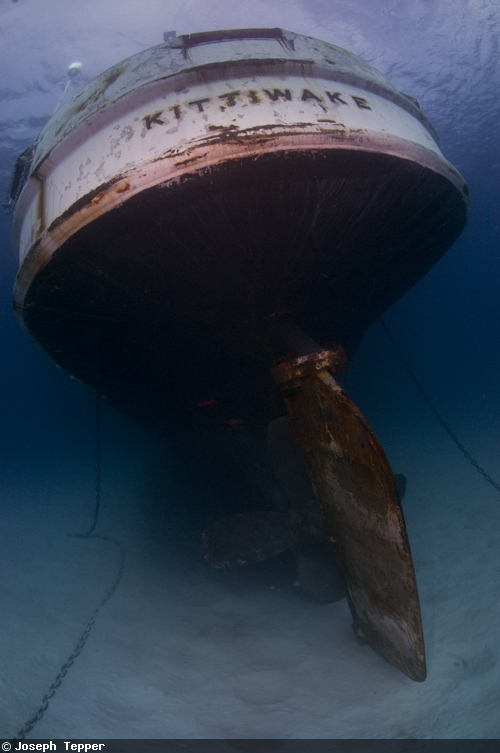 The bottom line is that while the Kittiwake may have served the Navy for nearly fifty years, it has really only just begun its journey. Looking back decades from now, we may not remember the multiple sinking delays or the posh gala and silent auction preceding the sinking, but we will appreciate the wreck's underwater transformation and how it is captured differently by every underwater photographer. 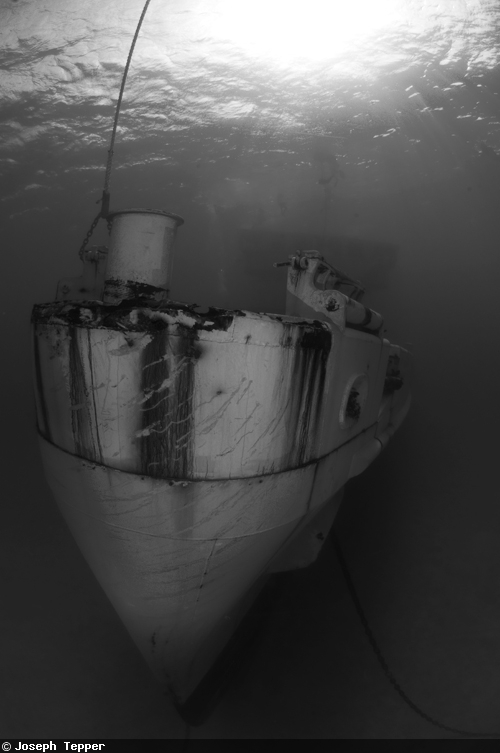