The Blue shark is one of the most distinct sharks in the sea. With their long, slender bodies, large eyes and extremely long pectoral fins, it is hard to mistake them for anything else. They are pelagic sharks, constantly roaming the vast open ocean. Spending their lives migrating over great distances, they’re found worldwide from temperate to tropical waters. 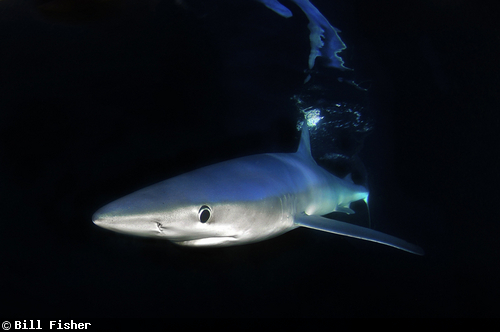 At first glance, it becomes obvious as to how the blue shark got its name. They often appear bluer than the name they bare. In certain lighting, they will exhibit almost a purple like sheen, and their snout will glisten as if it’s covered in flecks of gold. This unique characteristic has earned them the nickname “great golden blues.” When observed in emerald green waters, their colors are even more pronounced. They are, by far, one of the most beautiful sharks in the world. 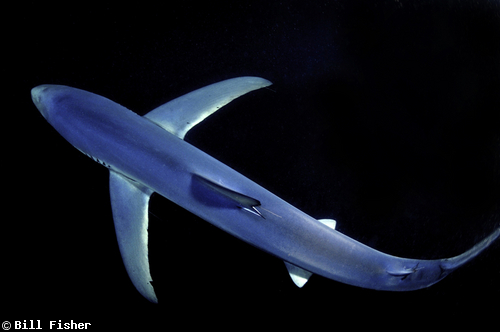 Known to have large litters, blues are believed to be one of the most abundant sharks in the sea. This is also the reason why they are one of the most heavily fished. Although most commercial fisheries do not target them, blues are constant victims of by-catch and shark-finning operations. It’s estimated that approximately 75 million sharks are killed annually, with blue sharks accounting for a high percentage of this estimate. 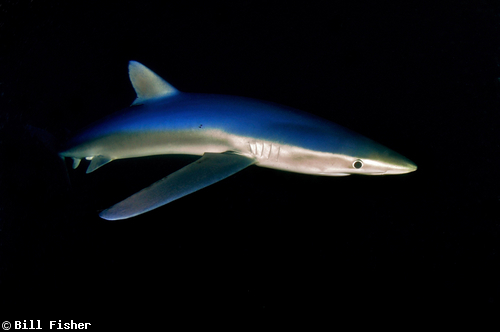 When scuba diving was in its infancy, blues were one of the first sharks that divers encountered. Due to their abundance, temperament, and curious nature, they were the ideal sharks for humans to interact with. From the first cage dives, to shark wrestling, and the development of chain-mail shark suits, the blue shark has played a major role in our understanding of shark behavior. 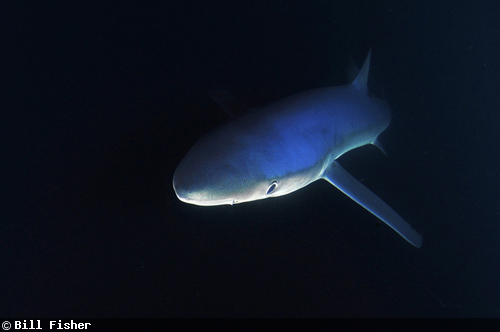 What began as an exploration into the unknown has grown into a fascination and love of the undersea world that is now depicted through art, film, and photography. As divers, we do everything we can to educate others to protect the sea, but after years of commercial destruction, the animals we admire are becoming more and more rare. It is much harder to find a blue shark now, than it was just a decade ago. 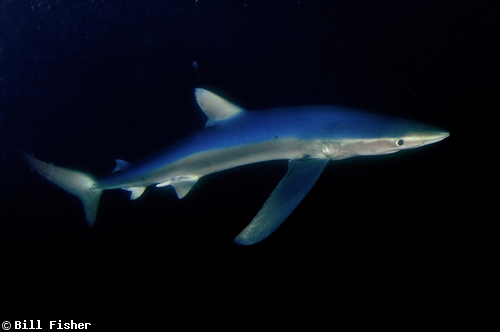 While the decline in blue sharks has been more noticeable in California, New England is still an excellent location to find them. In the summer they can be found cruising the Gulf Stream far off the coast. My good friend, Joe Romeiro, is a wildlife filmmaker who specializes in blue and mako shark encounters in New England. 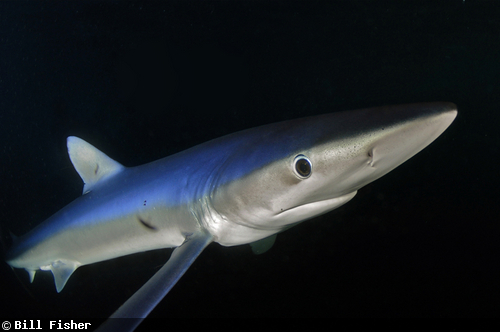 Over the years, he has amassed more time in the water with these animals than most would think possible. Studying their migration, frequency, and behavior, he has become an expert in the field.

Along with the blues and makos, encounters with basking sharks, minke whales, sunfish, smooth hammerheads, whale sharks, tiger sharks, and humpback whales are not impossible. A shark expedition runs all day, but sometimes we’re able to stay on the water overnight, weather permitting, instead of making the long haul back to shore. One day, while we were out on a filming expedition targeting makos, we decided to do one last dive before calling it quits. 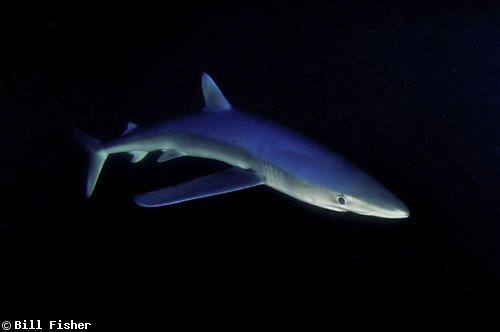 After a successful day with several different makos, the sun had begun to set. Even though we had pulled the bait from the water, the sharks kept appearing. One blue shark in particular had caught our eye. He was practically flawless, and no less than 10 feet long. They are believed to max out at around 12 feet, and this one was getting close.

Once we spotted the big blue, the other sharks seemed to disperse. It was hard to tell how many were out there, but we were able to spot the big boy as his dorsal fin cut through the surface. Joe and I geared up and slid into the darkness. There was just enough illumination left in the sky to light the scene. After entering the water and scanning the limited visibility, it seemed as if the sharks had disappeared. Then, after a few minutes of searching the black water, we spotted the lone blue materializing out of the void. 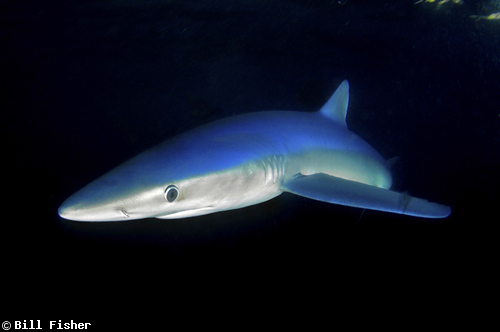 He swam directly towards us, and we could not have been happier. We enjoyed the moment as the shark glided around and in between us. It was a great privilege to be able to encounter this shark at night. He would emerge from the darkness; weave amongst us, and then fade back into the night.

At the outskirts of our vision, we saw other sharks cruising the perimeter, but their presence was repeatedly interrupted by the pass-bys of the big lone blue. The dark water and the impressive color of this beautiful shark made this one of the most memorable experiences of my life. A blue shark at night is something that is not often seen, or photographed. It’s humbling to have an encounter in the wild that few will ever experience, and this was one definitely one of them. 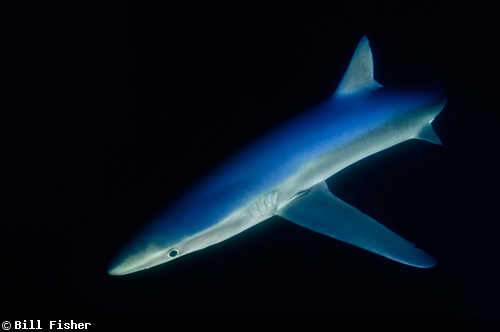 Once it became too dark, and there were more sharks than we could count, we exited the water before any larger phantoms arrived. Back on the boat, we relaxed and grilled some steaks as we floated off in the North Atlantic drift, already reminiscing about our blue shark night dive. 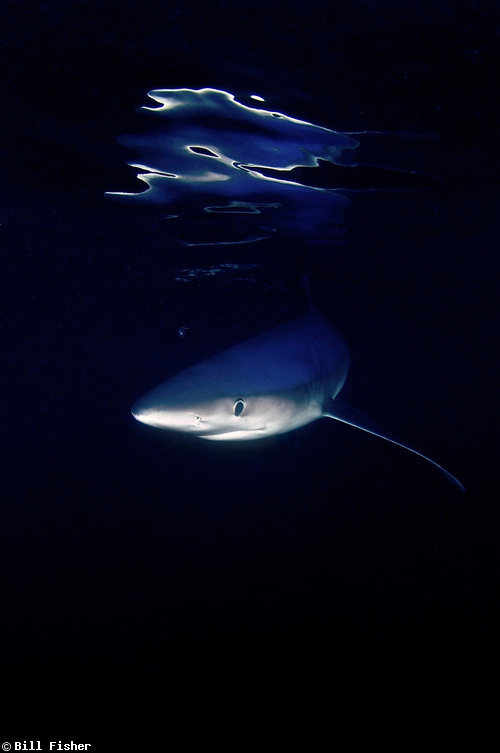