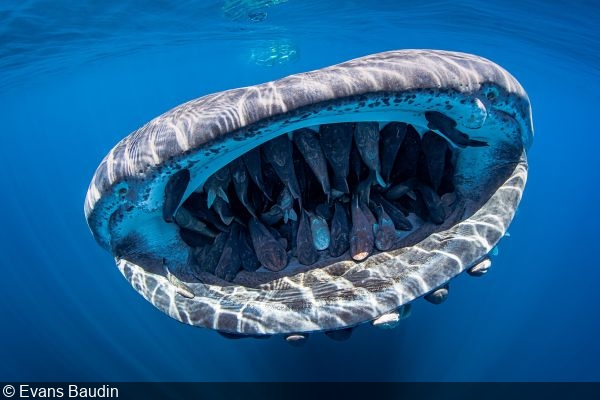 In June 2020, I went on an expedition with my team from Baja Shark Experience to document wildlife off the coast of Los Cabos in Baja California Sur, Mexico, and the effect of reduced vessel traffic due to the lockdown and the coronavirus situation. Our first sight that day was an impressive school of 50-plus silky sharks, and we were in the water documenting the school of sharks when suddenly our boat captain started yelling, “Guys! There’s a massive whale shark right behind you! Swim!”

At first, I couldn’t see the shark, but started swimming in the direction the captain was pointing until finally, after a few minutes of intense swimming against the current, I was face to face with the world’s biggest fish. She was huge—approximately 40 feet long—and so fat she looked pregnant. I couldn’t believe it! I had seen dozens of whale sharks before but never a fully grown female. I felt so small swimming alongside this majestic animal and began firing away, hoping to get some great images to remember the encounter. 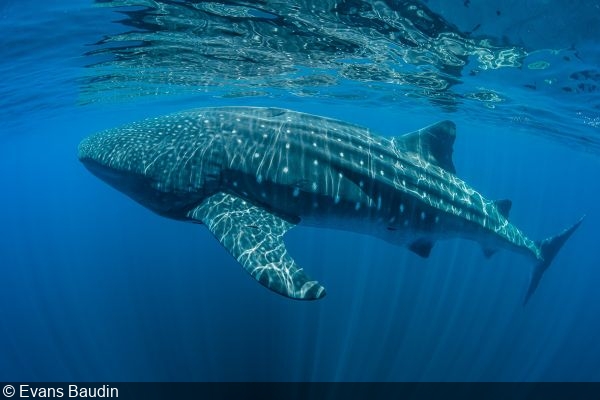 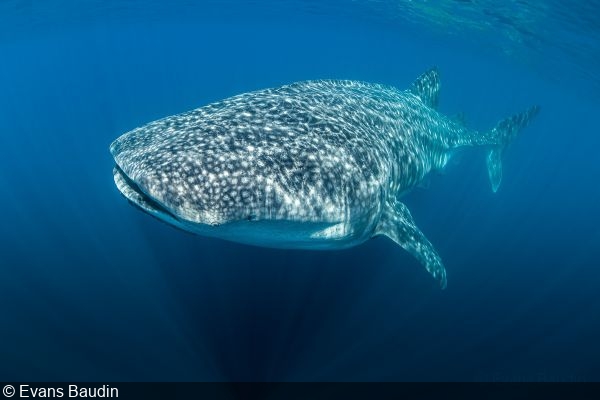 Eventually, it slowed down and I was able to get in front for a better perspective

After a few minutes, she slowed down, allowing me to freedive down and get in front of her for a head-on shot. That is when I received the biggest surprise of all. Inside the whale shark’s mouth were at least 50 remoras, filling every inch of available space and enjoying a free ride inside!

At that moment my heart rate started to accelerate, as I knew I had a great opportunity to capture something unique and special on film. I tried my best to find the best angle and light to capture the moment, while being very careful not to spook the shark so that it wouldn’t swim away. It took me a few tries to finally get the final result. Without doubt, this image and encounter will forever hold a special place in my heart. 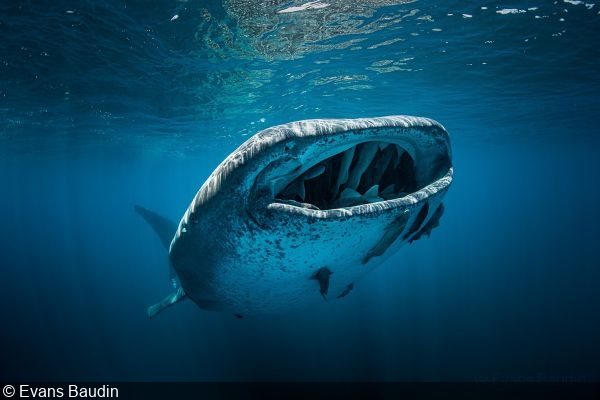 The first time the shark opened its mouth, I immediately noticed a large number of remoras 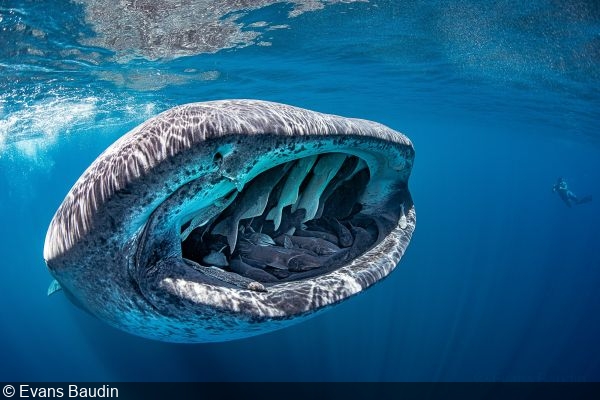 As it got closer, it became clear the entire mouth was full of hitchhikers! 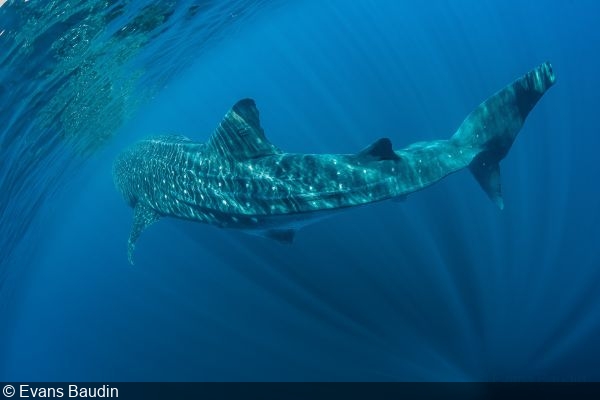 And just like that, the moment was over—but forever captured on film

Check out more of Evans’ amazing big-animal images in our Photographer of the Week article.

Jia Maltain wrote:
In large number those remoras can actually be a pest causing drag.

Janisa Ruiz wrote:
If the relationship benefits both species it is known as a symbiotic relationship

David Axon wrote:
I watched videos how to shoot the video and make sure I don't wobble with camera in any way,
You must be logged in to comment.
Support Our Sponsors
Advertise With Us
Newsletter
Travel with us 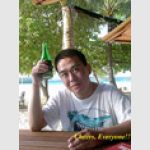