For dolphin lovers, it doesn’t get much better than the Island of Hawaii. Here, it’s possible to get in the water and photograph at least three separate species: Bottlenose, spotted, and spinner.

The later species is named for its acrobatic mid-air flips and flops, and can regularly be seen performing in a solitary bay on the northwest corner of the big island. For the intrepid, willing-to-try-anything underwater photographer, it’s an opportunity not to be missed. 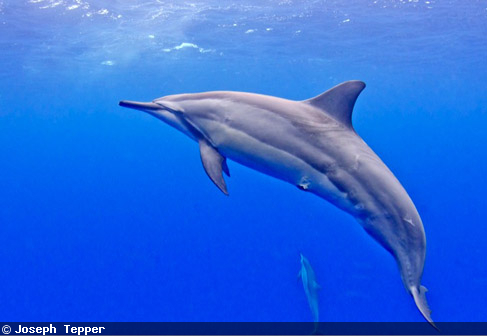 Although super-touristy trips to snorkel with the spinners have been a regular occurrence for many years, it wasn’t until I saw Keri Wilk’s trip report that it actually occurred to me that it could be a great photo opp.

One of the bays with a resident spinner population is the very same that is so famous for its manta night dive. As the Kona Aggressor pulled in in the early afternoon to guarantee a good mooring for the manta dive, I noticed the spinners playing off the bow wake before pulling off into their normal route circumnavigating the bay. 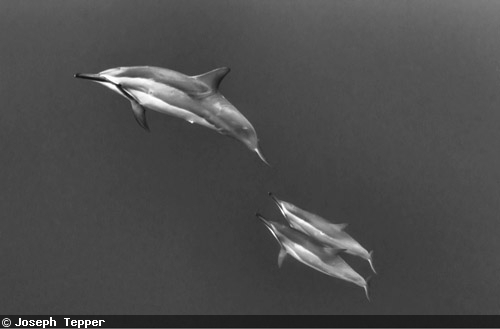 Without a moment of hesitation, I ran to the dive deck and prepared my camera. I disconnected the strobes and fiber optic sync cords, fearing a full strobe setup would prove more of a hindrance than help in the water. With my streamlined setup in one hand and fins in the other, I waited eagerly until the captain gave the all-clear sign. 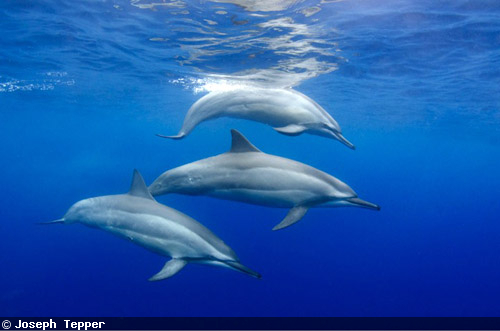 Capturing the dolphins proved as much a game of attrition as anything else. I swam out for nearly twenty minutes into the middle of the bay—looking to intersect with the dolphins. Unlike the super-curious bottlenose, you have to ensure a close up interaction with the spinners by almost getting in their way.

After nearly 45 minutes, I found the perfect spot on the dolphins’ path where the big and small pods converged into one mega group every 10 minutes or so. It was at the peak of this cycle when I was surrounded by two-dozen spinners and shot away frantically. The rest of the time was spent catching my breath. 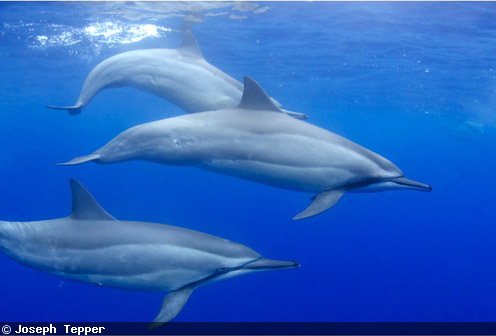 I chose a fisheye lens to be able to capture as many dolphins in the pod as possible and for its tack sharp depth of field. Since I left the strobes on the boat, I had to rely  on high shutter speeds to freeze the dolphins motion—upwards of 1/800 of a second, adjusting my aperture based on this for the proper exposure.

The series had more of a dreamy feel than the sun-drenched dolphin shots that have become so common due to the diffused light from the completely cloudy sky. My favorite shot from the series ended up winning second place in the wide-angle category of the University of Miami’s underwater photo contest. 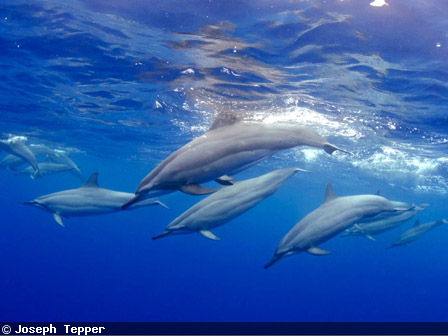 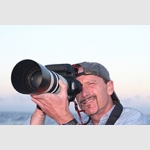