I have been an amateur underwater photographer since 2009, and like many beginners, I spent the first few years concentrating on improving my technical knowledge and traveling to mostly well-known marine destinations to refine my technique. Keen to see “everything,” I had not developed a clear idea of specific photographic projects I wanted to undertake.

In the few last years, however, I have been keen to move away from conventional dive tourism and concentrate my efforts on documenting our planet’s endangered species. My current focus is on freshwater habitats, as such ecosystems tend to be close to our cities and so are even more directly affected by damaging human activities. But how does one go about documenting this fragile equilibrium and the uniqueness of some of the rarest and most amazing freshwater creatures on Earth? This was to be my long-term project, my mission as an underwater photographer.

I decided I would start in Brazil, and in the summer of 2013, I set off on a two-leg journey, the first to Amazonas, Brazilian home of the formidable Amazon river in the northwest of the country; the second to Mato Grosso do Sul, a smaller, central-western state bordering Paraguay and Bolivia. 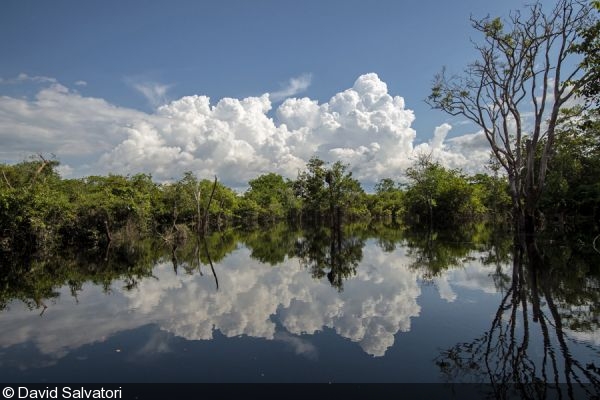 Amazonas, Brazil’s largest state, is tropical jungle. Clustered along navigable waterways, its cities are accessible only by boat or plane. The capital and largest city in the state is Manaus, a modern metropolis of 1.7 million inhabitants in the middle of the jungle on the Amazon river, 900 miles upstream from the Atlantic Ocean. 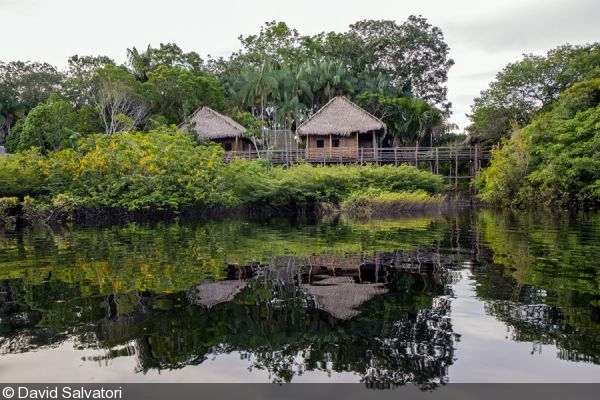 Eco-lodges along the banks of the river 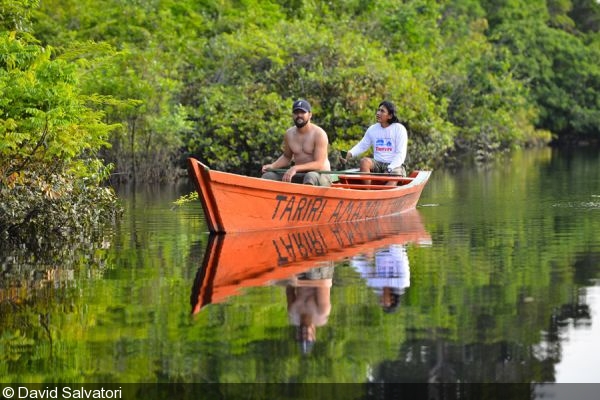 As you might expect, the difficult part of the trip was the initial planning and scheduling phase. Indeed, whenever you deal with conservation issues and vulnerable species, you often have to travel to remote locations where the communication facilities are very different to what has become a given in the modern, connected cities of the developed world.

Preparation took almost five months. I had to spend a good deal of time getting the right contacts and, as best I could, making special arrangements with local agencies. I lost count of the number of emails I had to write. What seemed to be the “right” contacts did not always emerge at first try, and plenty of patience was needed to keep searching when I was not convinced about a particular person I was dealing with. It became apparent very quickly that photography of this more substantial kind would require a wider set of skills—not least tackling the vagaries of organizing travel to remote places. Fortunately, it was also an exciting learning experience, and I was completely consumed.

Finally, I got in touch with a local agent in Manaus called Amazon Explorers, which has been specializing in travel in the Amazon region since 1965. Dedicated to responsible, sustainable tourism, they are committed not just to giving their clients the best experience possible, but also to promoting a better relationship between man and Nature. Leveraging the knowledge and experience of local people living along the Amazon, the agent arranges freelance naturalist guides to introduce visitors to the hidden secrets of the jungle and the limitless allure of this uniquely beautiful environment.

Like other agents in the area, Amazon Explorers’ activities are regulated by IBAMA, the Brazilian Institute of Environment and Renewable Natural Resources. The administrative arm of Brazil’s Ministry of the Environment, IBAMA has set guidelines to allow visitors to safely admire the beauty of Amazon, and visits are regulated, controlled and managed by local people licensed by IBAMA. This ensures that income is generated directly for local people, who are in turn invested in the preservation of these precious habitats. 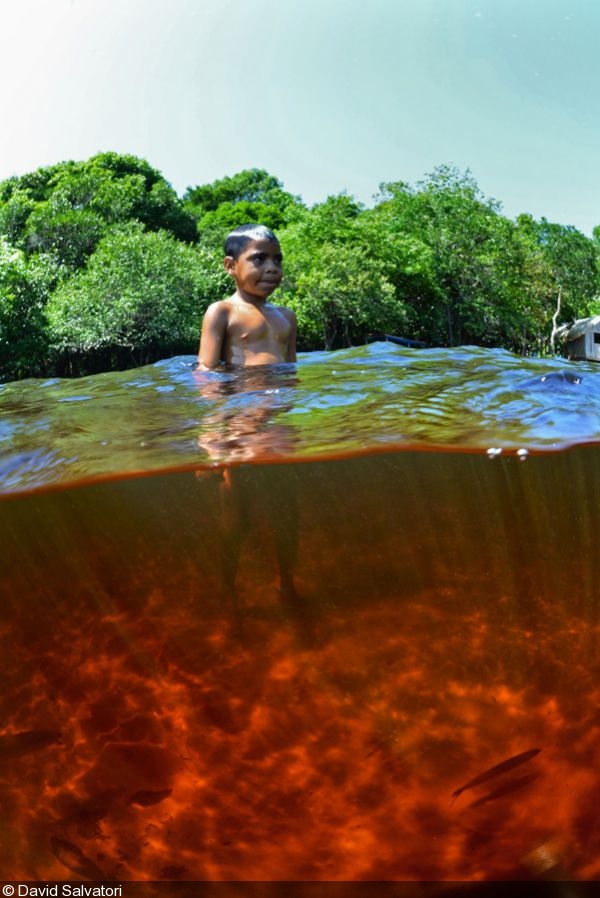 Rio Negro waters are similar in color to strong tea 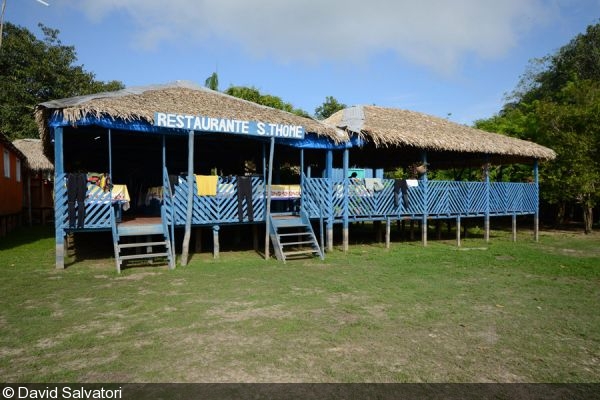 The restaurant at the Pousada de Selva São Thomé guesthouse 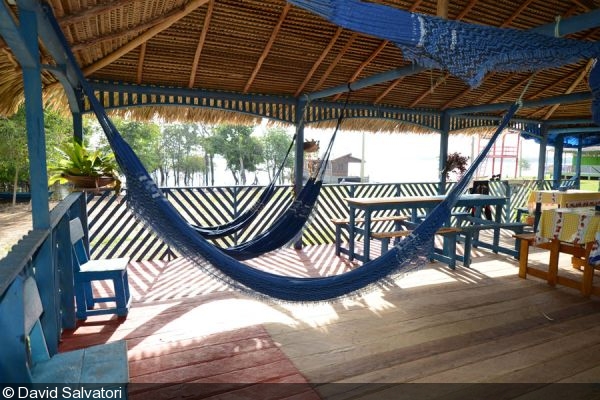 We spent our days along the Rio Negro staying at the Pousada de Selva São Thomé, a guesthouse in authentic Amazonian style located in Iranduba, south of Manaus and just in front of the river. Our fantastic guide was Clemilton Leite, who lives with his family along the banks of Acajatuba lake, a tributary of the Rio Negro and a place where a lot of family groups of botos can be found.

Our encounters with the botos were at once moving, exciting and awe-inspiring. Via properly managed tours, respectful of the guidelines on safe and appropriate interaction, they are fantastic animals to enjoy an encounter with—playful and curious, and always good-natured. 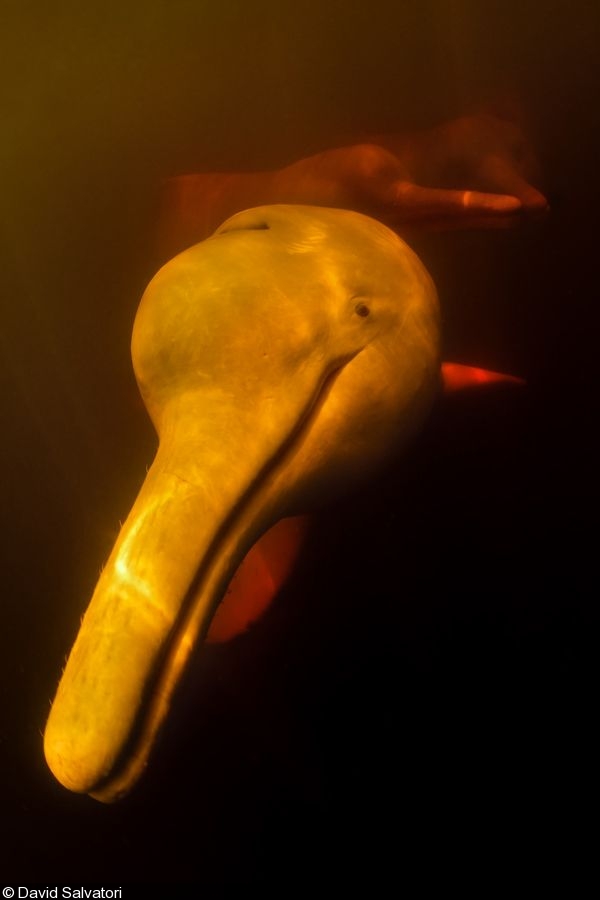 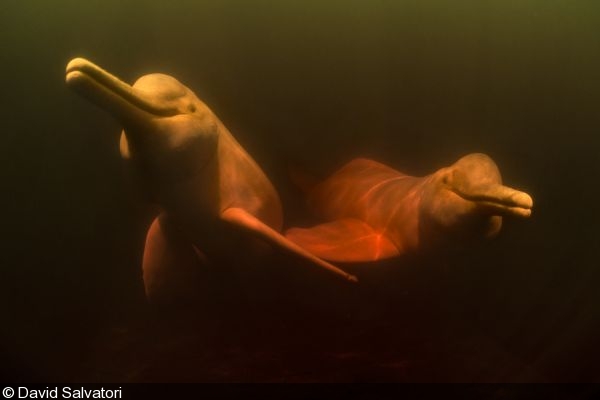 Botos are very friendly and curious

Unfortunately, it has since emerged that irresponsible tourist activities have been putting undue pressure on the Amazon river dolphin, with unauthorized agencies offering the opportunity to see the creatures at cut-down prices and employing dangerous and inappropriate methods to approach them. IBAMA is currently evaluating a proposal to end tours altogether and prevent access to the areas where the botos live—which will have a devastating impact on the tenuous economic situation of the local people. 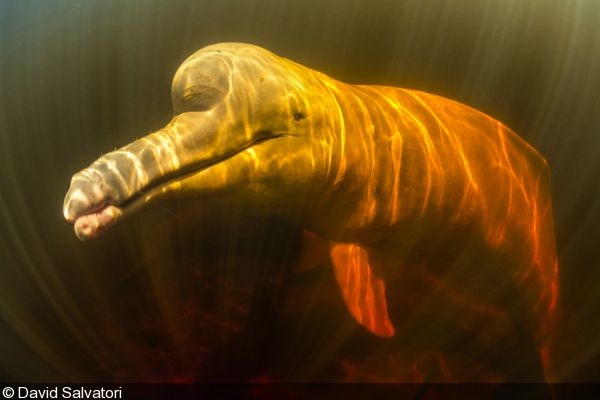 During my time in Brazil I also had the opportunity to photograph various other interesting freshwater creatures, such as the pirarucu (Arapaima gigas), South America’s largest freshwater fish, and the Yacare caiman (C. yacare), a species of caiman common to central South America. There were countless magical spots along the banks of the Rio Negro river where I was stunned by the mesmerizing beauty of the Amazonian jungle. 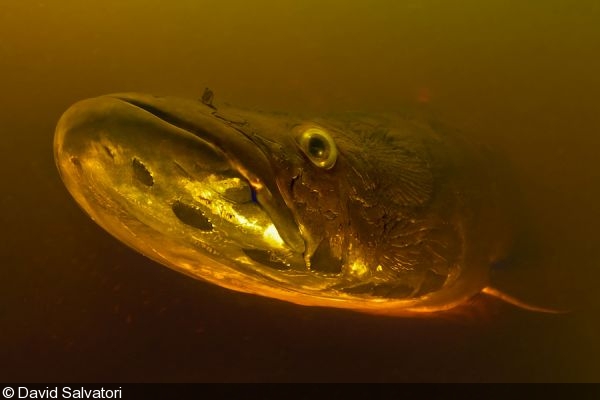 Other creatures of the Rio Negro: the pirarucu (arapaima)... 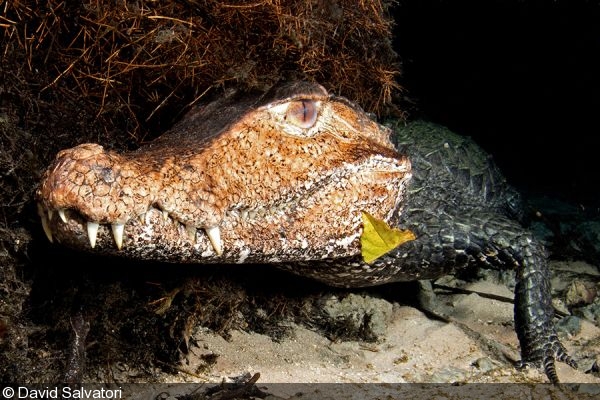 ... and the Yacare caiman 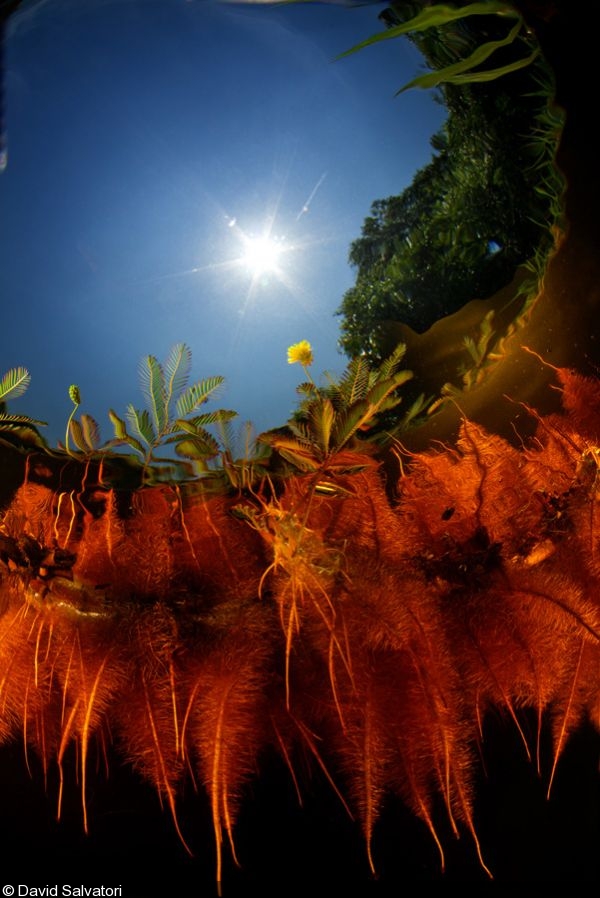 Stunning spots along the river

The final message I took home from the Rio Negro is that the uniqueness of an ecosystem is the result of the equilibrium among all the creatures living within that ecosystem, and human activities—especially when gone unchecked—can inadvertently alter this delicate balance. The call to action for people like me is to speak about this through our pictures and our stories.

I sometimes wrestle with my conscience that I could and should do more—help to find answers, propose solutions—but, for now, it is my hope that by witnessing the beauty of the Amazon through my humble amateur’s lens, I can help to increase awareness of the threats faced by so many of Earth’s habitats, and do my part in keeping such conservation issues under the spotlight. 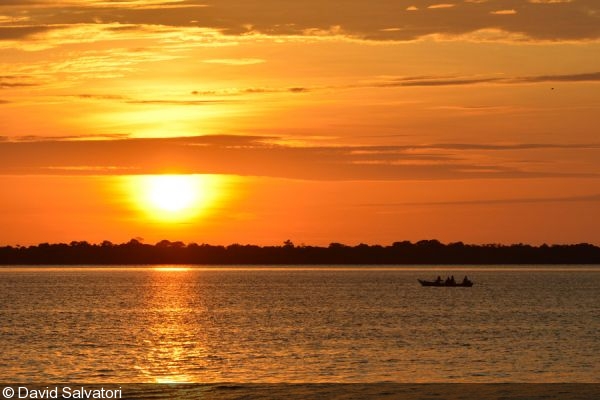 Parting shot: one last sunrise over the Rio Negro

David Salvatori took home Silver in the “Animal Portrait” category in the 2014 DEEP Indonesia International Underwater Photo Competition for his shot (right) of the botos of the Rio Negro. The shot also garnered Bronze in the “Wide Angle Unrestricted” category of the 2014 Our World Underwater Photography and Video Competition.