Editor’s Note: The grand prize winner of the 2015 National Geographic Traveler Magazine Photography Contest was Anuar Patjane Floriuk of Tehuacán, Puebla, Mexico. Here, Anuar describes the expedition aboard the Solmar V luxury liveaboard that led to his breathtaking capture of divers swimming near a humpback whale. 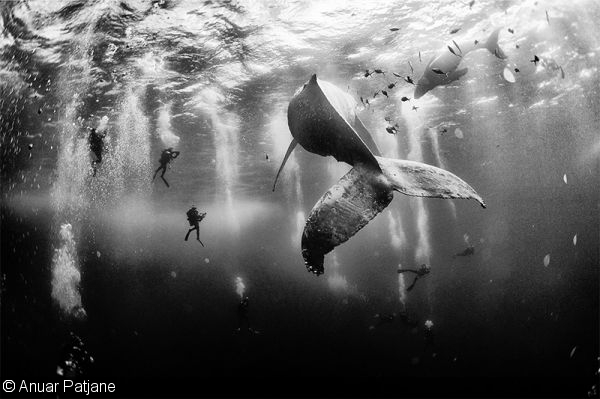 The winning image, which was taken in January 2015 on an expedition to the Socorro (Revillagigedo) Islands, Mexico

My friend Fernando and I had booked our trip just a few days before the expedition was to begin. We knew the whale season was at its peak, so we decided on the spur of the moment to give it a shot. The Solmar V liveaboard had come highly recommended by some friends of ours—and they were not wrong. The trip aboard the Solmar V was extremely comfortable, with excellent food, a first-class crew and a great group of like-minded divers and underwater photographers. 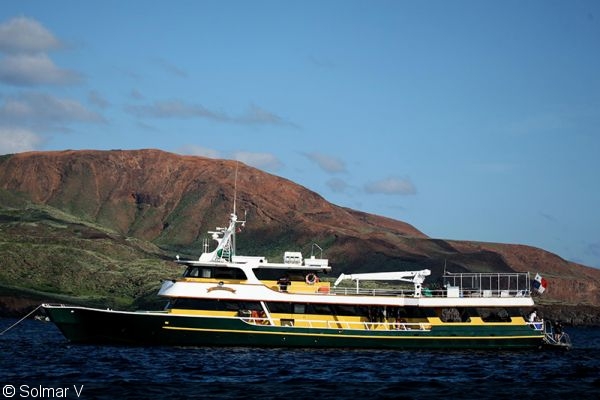 As well as trips to the Sea of Cortez and Guadalupe Island, the Solmar V makes the 250-mile journey south of its base at the tip of the Baja California Peninsula to the Socorro Islands to see giant Pacific manta rays, dolphins, and several shark species—plus the occasional migrating humpback whale

After only our second day diving with the whales, two orcas arrived at the scene just as we were about to get out of the water. An intense 10-minute battle ensued, as the whale mother and an escort whale tried desperately to protect the calf. But almost as soon as the fight had begun, it was over, with the hapless calf no match for the powerful orcas. It was a sad and shocking event to witness, but we knew that, sometimes, such was the way of the ocean. 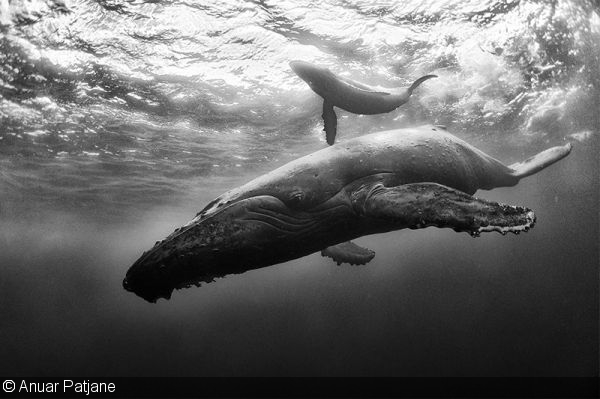 Everything happened so fast that there was no time to change anything in terms of camera settings. But I will usually have all of my settings prearranged so that I’m ready to shoot at a moment’s notice if a situation suddenly presents itself. This is a strategy I follow for both underwater and topside work. I usually keep the aperture wide open, so I can capture the maximum amount of light. As well, I never use strobes and I only use compact cameras that allow me to dive freely. 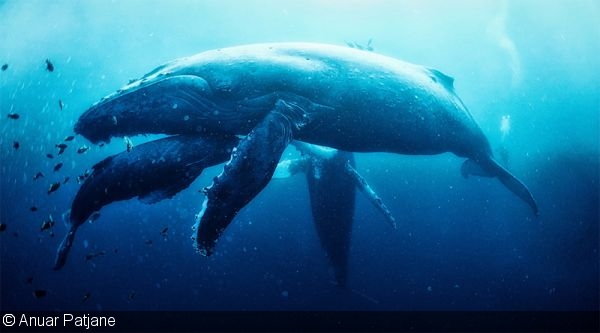 To be honest, there was no planning at all for this image: It was a completely improvised shot. I was taking photographs very near the head of the whale mother when all of a sudden she decided to move towards the rest of the dive group. I realized that there was going to be movement in the scene, as divers had to move away and the whale calf was also moving. So, I prepared the camera and waited for the moment when I felt that the composition was spot on. After just one click of the shutter I knew it was a good one. You usually know because there is a special feeling when you manage to capture beauty. 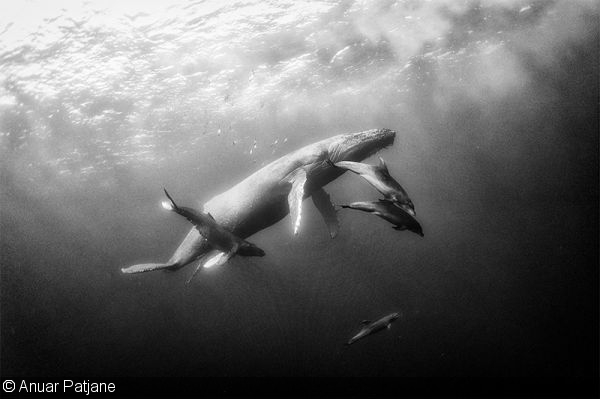 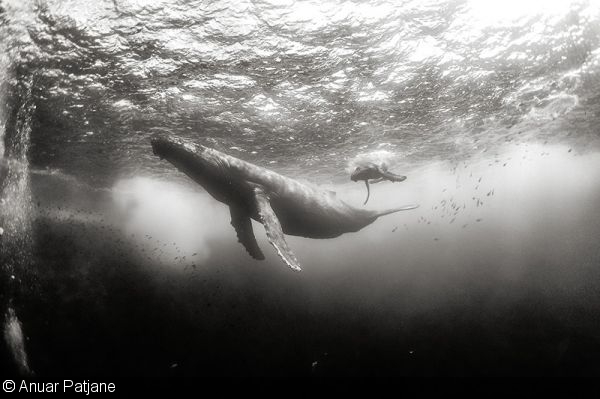 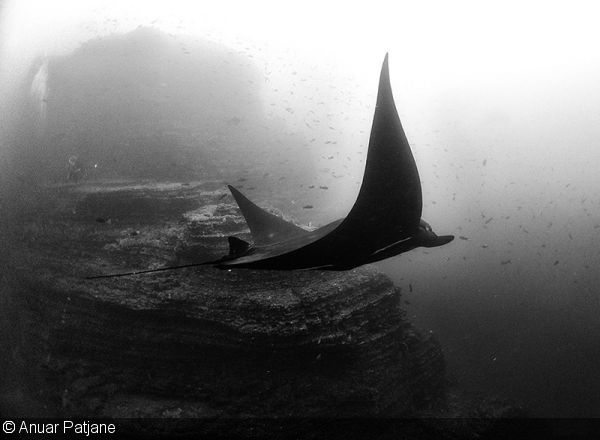 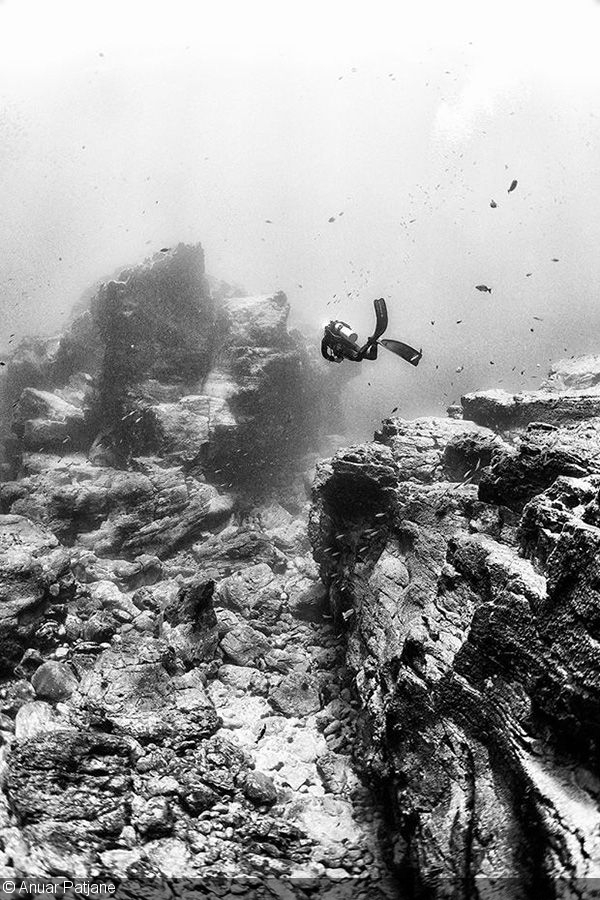 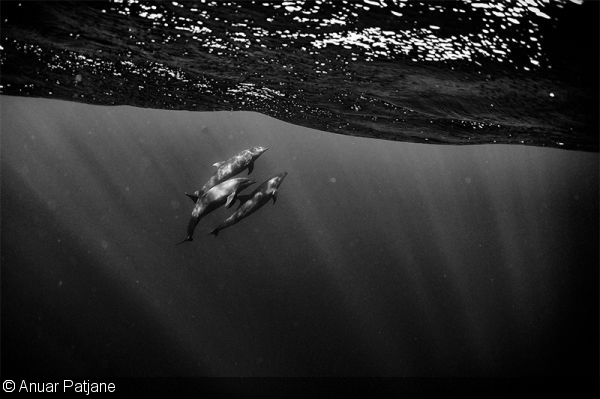 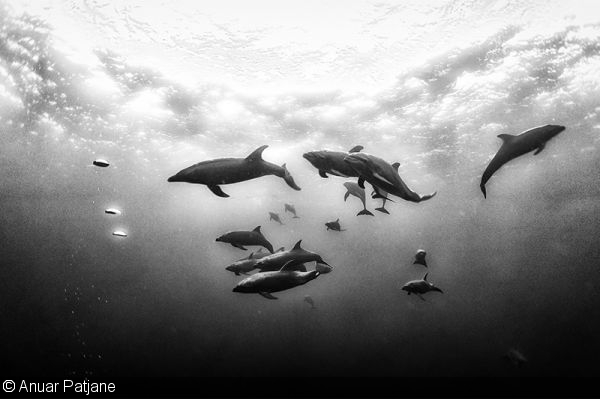 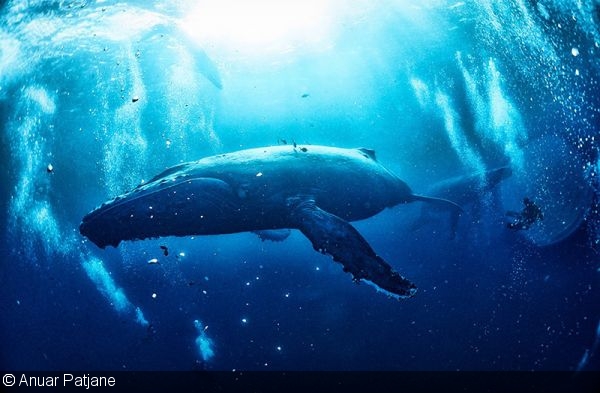