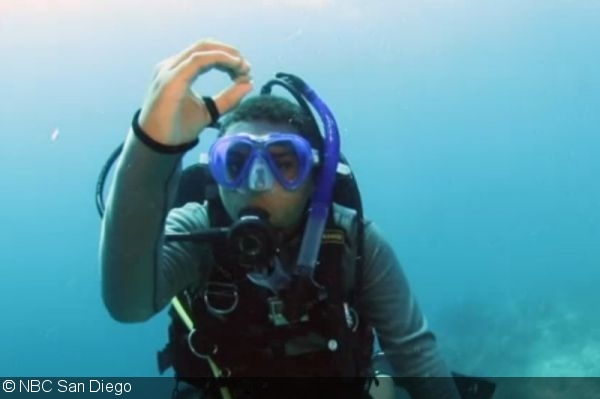 His logbook is full of more than fifty dives. There are certification stamps for Open Water, Advanced Open Water, Rescue Diver, and several specialty courses. Oh, and the diver is just 12 years old.

A 12-year-old boy from San Diego became the youngest PADI Master Scuba diver on a recent trip to Fiji. The go-getter, Tennessee Cummings, began his short (but illustrious) diving career at the age of 8, when he took PADI’s Bubblemaker introductory course.

Cummings’ achievement is just another example of his ability to overcome challenges. The young man has been diagnosed with several development disorders such as ADD/ADHD, dyslexia, oppositional defiance disorder, pervasive developmental disorder, as well as a processing disorder, according to NBC San Diego.

Four years ago, when Cummings completed his first dives, his parents described it as the best day of his life. Just wait until he gets an underwater camera!