Okay, okay. We are a little late in announcing February's winners, but better late than never.

Winning images for February's underwater photo contest have (finally) been selected. The theme for February was "Schools and Shoals."   The winner of the  themed contest and a new a wetsuit courtesy of Curacao Tourism  is Stefan Beskow, who captured a beautiful school of jacks around the sun. In second  place was Rand Mcmeins with an interesting shot of a comorant chasing baitfish.  Third place went to  Mark Fuller for his colorful school of glass fish. 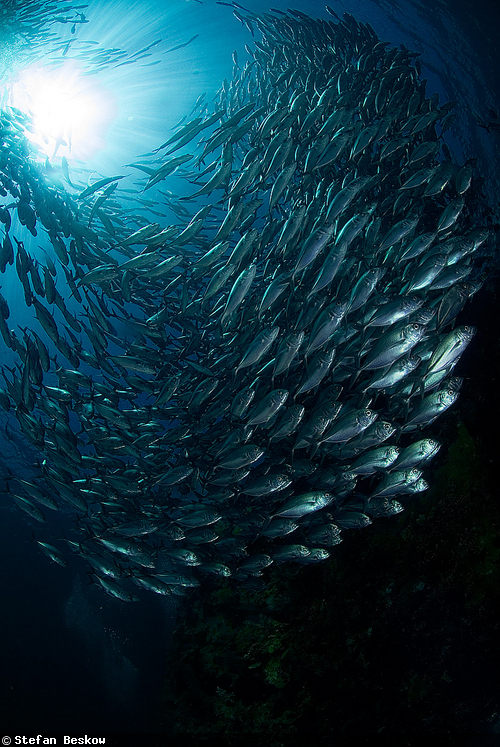 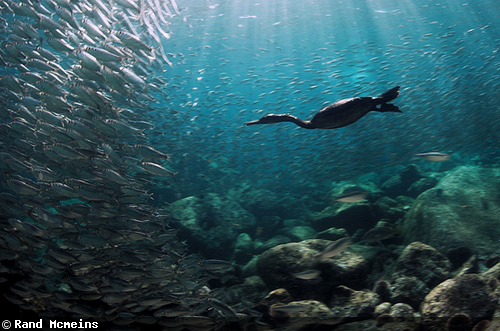 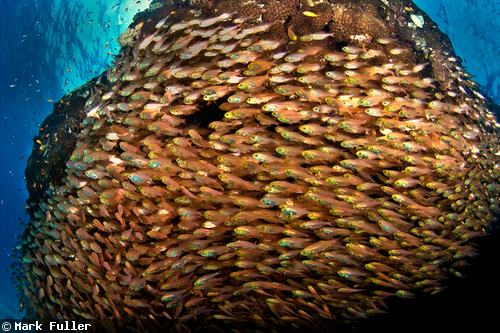