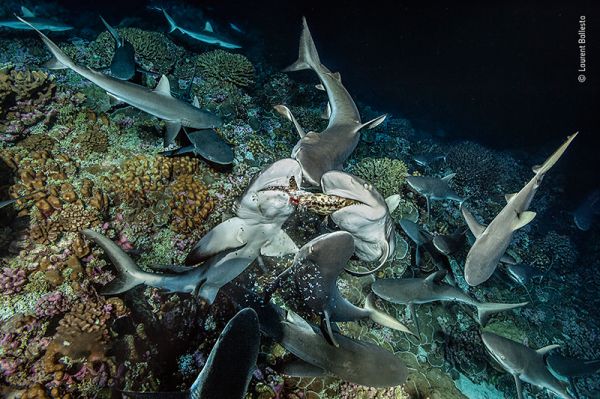 After the Natural History Museum’s October announcement of the winners of this year’s Wildlife Photographer of the Year Competition—including the “Under Water” category winner, DPGer Songda Cai—the organizers have released a shortlist of the 25 images vying for the People’s Choice Award. As usual, an online vote decides the winner and the four “Highly Commended” runners-up.

This time around, there are four underwater images among the impressive shortlisted images: Laurent Ballesta’s awesome shot of gray reef sharks tearing apart groupers off Fakarava Atoll, French Polynesia; an arresting portrait of the unusual Japanese warbonnet, photographed in the Sea of Japan by Andrey Shpatak; Sam Sloss’s beautifully composed picture of a coconut octopus lugging its house of shells around the black sand of the Lembeh Strait, Indonesia; and Thomas Peschak’s turtle-y awesome over-under off Little Farmer’s Cay in the Bahamas.

Cast your vote for these and the other shortlisted images online here. Voting closes at 2pm GMT on February 2nd, 2021.

Vote for your favourite: Wildlife Photographer of the Year launches People’s Choice Award

The public are invited to have their say in the Natural History Museum’s prestigious Wildlife Photographer of the Year Competition by voting for the winner of the People’s Choice Award. This year features everything from hare balls and bat women to majestic mandrills: www.nhm.ac.uk/wpy/peoples-choice

This year’s selection of images includes two endangered Iberian lynx kittens making an abandoned hayloft their playground, a family of beavers in their favourite feeding spot, a distinctive portrait of a Japanese warbonnet and a group of burrowing owls living in harmony with their human neighbours in Florida’s Ten Thousand Barrier Islands.

Voting ends on 2 February 2021. The winner will then be showcased in the popular Wildlife Photographer of the Year exhibition at the Natural History Museum until 4 July 2021.

The top five People’s Choice Award images will also be displayed online, joining the winners of the fifty-sixth Wildlife Photographer of the Year competition chosen by the esteemed panel of judges and announced earlier this year.

Wildlife Photographer of the Year is developed and produced by the Natural History Museum and offers a truly global platform for amateur and professional photographers alike. Using photography's unique emotive power to engage and inspire audiences, the competition and exhibition shine a light on stories and species around the world and encourages a future of advocating for the planet. The fifty-seventh competition is currently open for entries and will close on Thursday 10 December at 11.30am GMT.

Dr Tim Littlewood, Executive Director of Science at the Natural History Museum and member of the judging panel, says, ‘The People’s Choice Award provides the public with an opportunity to select images and stories from the natural world that move and intrigue them. This year’s shortlist includes a wide diversity of wildlife photography from a fragile planet. Whether assessing human-animal relationships, highlighting the plight of captive species or animals thriving in their environments, the public are in for a difficult decision!’

Associate sponsors for the exhibition at the Natural History Museum are renewable energy company Ørsted and camera manufacturer, Leica.

Photographers of all ages and abilities can enter the 2021 Wildlife Photographer of the Year Competition right now. It’s open until 11.30am GMT on Thursday 10 December. 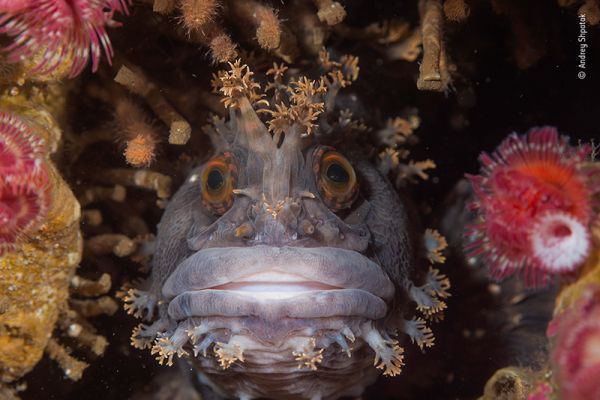 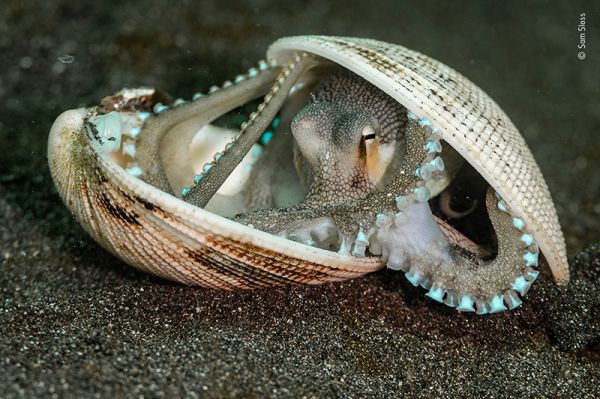 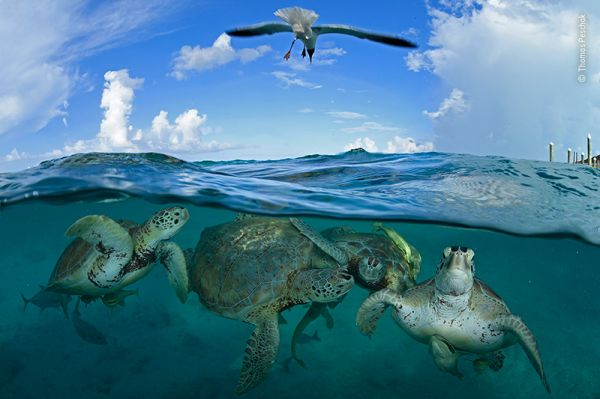