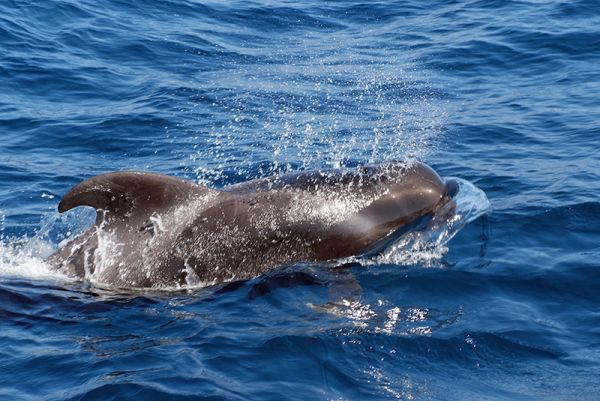 Four whales that have washed up dead on a beach in Tonga are believed to have been killed by gunshots to the head. Interestingly, the island where the whales were found – Ata – is used to house prisoners, but there are no guns allowed.

“Early in the morning we walked around the island and saw them, but they were already dead for a few days,” Kolianita Feke, a prison guard, told Yahoo News. “They were shot with a gun. It looked like they had a hole near the head area, or near their mouth.”

Marine biologists believe that the whales are short finned pilot whales based on their size, coloration, and distinguishing features. Usually when short finned pilots beach, they do so in mass strandings, leading investigators to believe this event was of human cause—in addition to the bullet-sized holes.

The Tonga Department of Fisheries is currently investigating the incident. Read more, here.