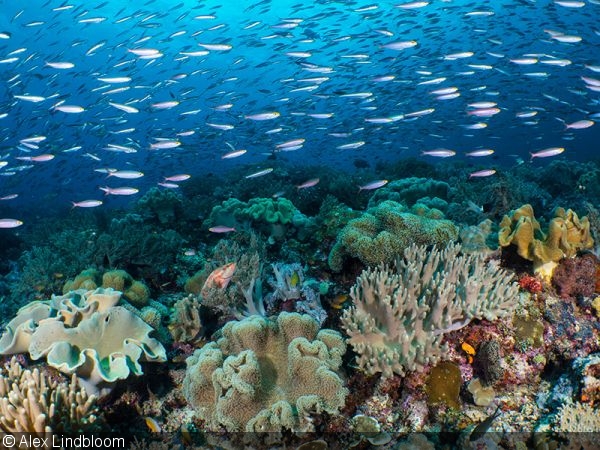 Conservational International (CI) has awarded West Papua Province its Global Conservation Hero Award at the organization’s annual gala in Los Angeles, California. The recognition comes after West Papua formalized a legal framework for sustainable development and conservation in the province. The legislation is particularly significant for the region’s tropical forests and the unique Bird’s Head Seascape, which encompasses some of the planet’s most coveted areas for diving and underwater photography: Cenderawasih Bay, Raja Ampat, and Triton Bay.

“The award is an international recognition for the efforts of the provincial administration in protecting the forests and the sea, and ensuring the protection of the rights of indigenous people of West Papua, with a sustainable and environmentally friendly development approach,” said West Papua Governor Dominggus Mandacan in a statement.

In March this year, the West Papua parliament approved the legislation creating the West Papua Conservation Province—the first of its kind in Indonesia. The framework—which brings together communities, government agencies, academics, and NGOs—is designed to protect marine ecosystems, while promoting sustainable development and recognizing indigenous rights. Under the policy, a minimum of 50% of West Papua’s marine area is designated as a watershed conservation area, with 20% included in the no-take zone.

As one of Earth’s most biodiverse regions, West Papua is home to more than 1,800 species of fish and three quarters of the world’s hard corals. The 47,000-square-mile province also holds one of Earth’s most important intact rainforests, the planet’s largest mangrove forest, and large peatland areas—huge carbon sinks that are vitally important in mitigating climate change.