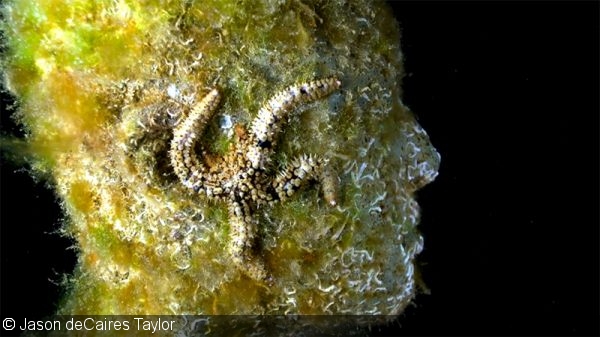 A beautifully shot short film on “Museo Atlántico,” underwater sculptor Jason deCaires Taylor’s unique multi-installation project off the Spanish island of Lanzarote, has been unveiled. Since work began in February 2016, the museum has seen marine life populations increase dramatically over an area of seabed that was once deserted—and the new film shows just how life is taking hold.

If you don’t have time to go diving in Lanzarote, you can check out the Venice Biennale (May 12th to November 27th), where deCaires Taylor’s works are currently on display in the national pavilion of Grenada, the country where his very first underwater works were installed in 2006. The exhibition includes a series of new sculptures by deCaires Taylor focusing on coral bleaching.

Find out more about Jason deCaires Taylor’s work at www.underwatersculpture.com.