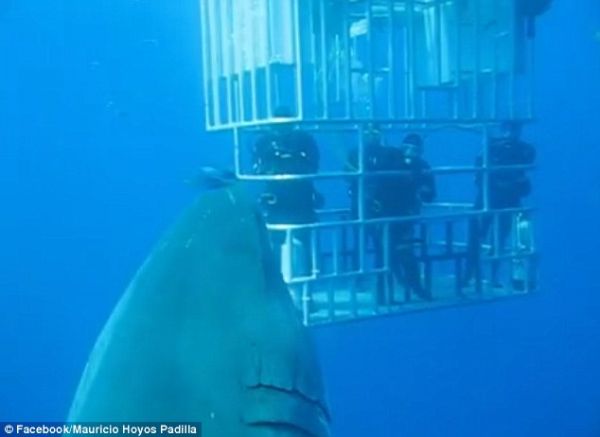 We’re going to need a bigger cage. Newly released footage shows what just might be the world’s largest great white shark to be captured on video.

The 20-plus-foot great white nicknamed “Deep Blue” is seen swimming around a relatively puny shark cage in the waters off of Guadalupe, Mexico. The footage dates back to 2013, but the videographer, Mauricio Hoyos Padilla, just rediscovered it on his computer. And what a find!

If this big guy looks familiar, he was featured in last year’s Shark Week on Discovery Channel, when researchers tagged the 5,000 lb. apex predator. Even more impressive is that the shark is estimated to be at least 50 years old, a rarity in today’s marine environment. Check out the jaw-some footage.