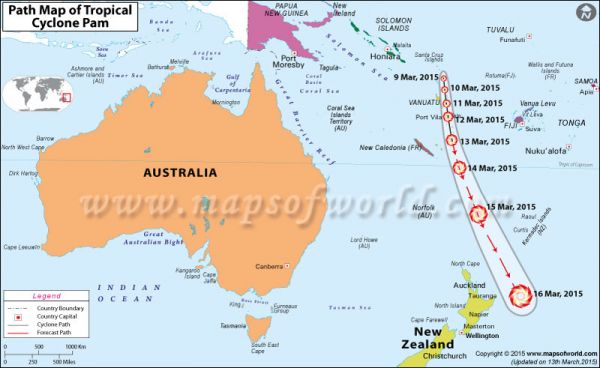 Our worst fears about Tropical Cyclone Pam have come true—the Category 5 storm intersected directly with the island nation of Vanuatu.

Reports are slow to come in, but it appears the storm has claimed a dozen lives so far, with more expected in the coming weeks. Vanuatu President Baldwin Lonsdale said that the storm had wiped out all of the development of the last decade, and that the country would be forced to rebuild “everything.”

The biggest concern right now is access to fresh water, with the need for aid in many remote regions described as desperate. Fortunately, such aid has begun to trickle in: Military planes from Australia and New Zealand have already landed with water and other supplies.

The storm has been described as one of the most devastating in the Pacific Ocean in modern times. DPG would like to send our thoughts to everyone effected by the storm and hopes for a speedy recovery.