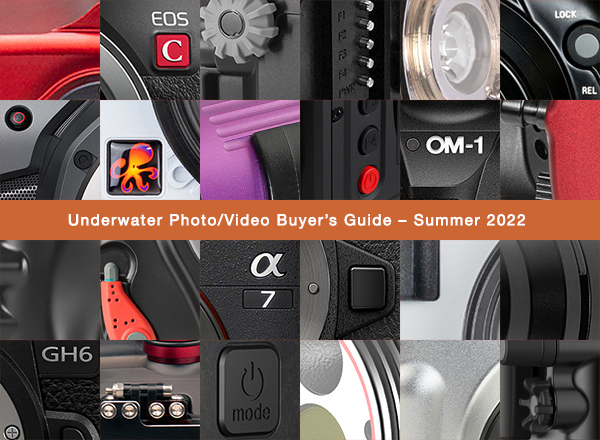 The sky is on fire, topside is crawling with COVID, and Putin knows the exact coordinates of your house! That’s right, summer is here, folks, and what better time to splurge recklessly on underwater photo and video gear, suit up, and disappear into the blue abyss? Enter the summer edition of our Underwater Photo/Video Buyer’s Guide!

Yes, it’s true that you now have at your permanent disposal DPG’s awesome Underwater Photo/Video Equipment Guide—for a comprehensive roundup of the best gear for underwater shooters—but we’re still bringing you these handy quarterly summaries of the latest and greatest imaging equipment to hit the market. It’s gonna be a long, hot summer, and there’s lots of diving to be had—you need to refresh your rig!

With more than a nod to its forebear, the Olympus OM-D E-M1 Mark III, the first camera by OM Digital Solutions (the company that took over Olympus), still says “Olympus” on the front. But this is a somewhat better spec’d camera than the E-M1 III: With its 20.4MP stacked CMOS sensor, the OM-1 can shoot up to 10fps with its mechanical shutter and an impressive 50fps with AF/AE, as well as both 4K/60p and 1080/240p video with no crop. Other niceties include a high-res 5.76M-dot OLED EVF with a 120fps refresh rate, and two UHS-II SD card slots. $2,200 | www.getolympus.com | www.backscatter.com 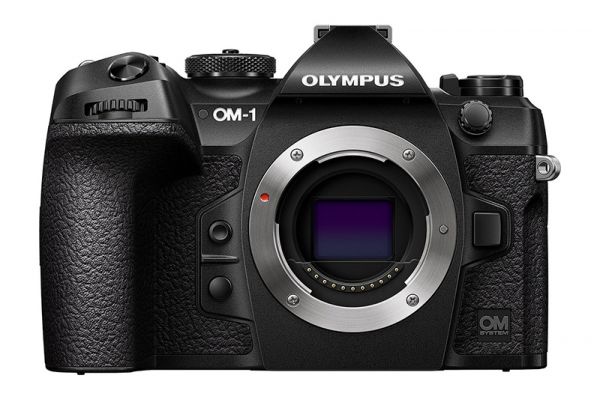 Micro Four Thirds is not dead, and neither is Olympus—it just goes by a different name—and the OM-1 is, on paper, a worthy rival to the Panasonic GH6. If you consider yourself a “hybrid” shooter, this should be high on your short list. 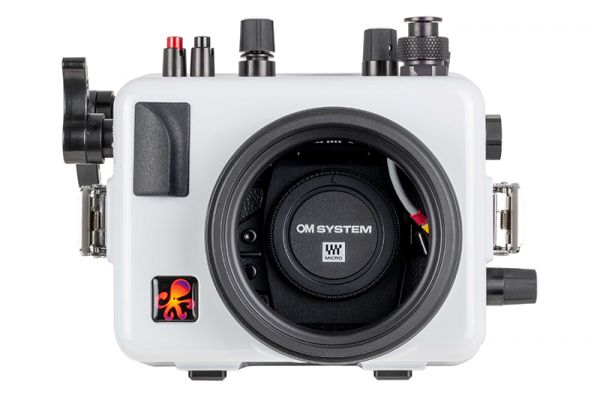 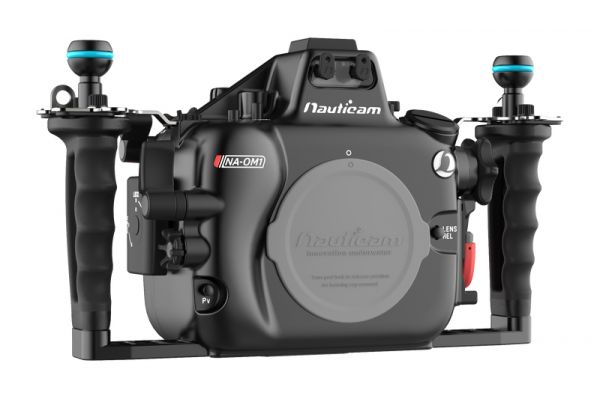 Despite the arrival of the OM-1, the former flagship Olympus E-M1 Mark III remains an excellent camera, whether you’re a photographer or videographer—or a little of both. The 20.4MP Live MOS sensor isn’t stacked like the OM-1’s, but there’s still in-body image stabilization on offer (up to 7 stops) and the ability to shoot continuously (with autofocus) at a very respectable 18fps with the electronic shutter. 4K video capture tops out at 30p, but 1080/60p recording means you can produce smooth slow-motion clips in Full HD. $1,600 | www.getolympus.com | www.backscatter.com 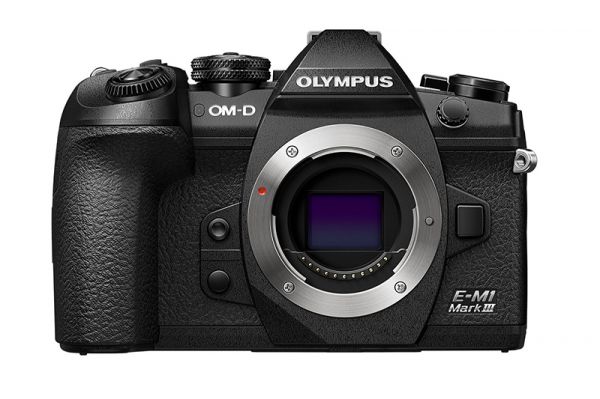 If you can’t stretch to the OM-1 (or similarly priced Panasonic GH6), you’ll save $600 by going for the Olympus E-M1 III. Many photographers will find the “real” Olympus’ capabilities more than sufficient, but if you’re a video shooter enamored by the prospect of slow-mo 4K, you’ll have to spring for the extra cash and get the OM-1. 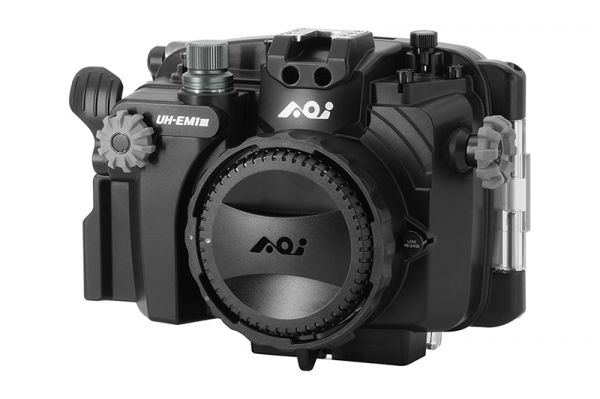 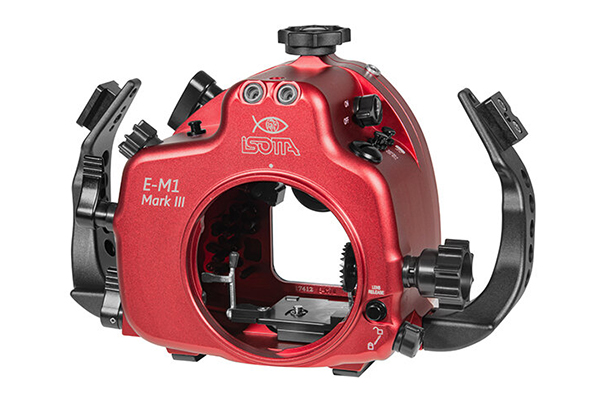 The GH5 has been the workhorse camera for many prosumer underwater videographers, but after five years, the arrival of the GH6 was—to put it mildly—long overdue. Fortunately, Panasonic’s new flagship MFT camera doesn’t disappoint and holds its own against stiff competition from the OM System OM-1. Built around a new Venus image processor and a new 25.2MP sensor, the GH6 can do exciting video things its predecessor cannot: 5.7K/60p 10-bit 4:2:0, 4K/120p 10-bit 4:2:0 and 4K/60p 10-bit 4:2:2. Serious videographers will also appreciate the added V-Log profile, which provides up to 13+ stops of dynamic range in post-production. $2,200 | www.panasonic.com | www.backscatter.com 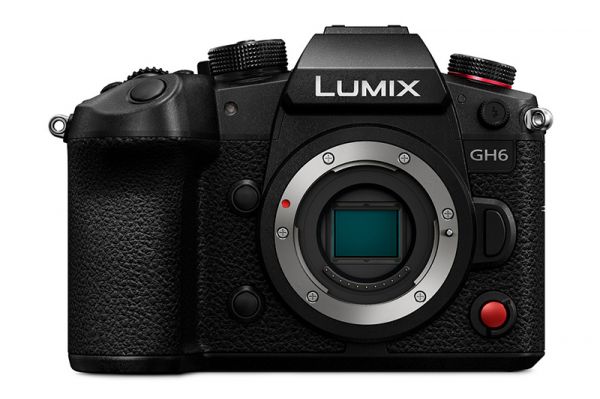 While the GH6’s “hybrid” credentials are justified, the camera remains a tool aimed at videographers, and it’s not only a worthy upgrade for GH5 users, but also very much a viable option for anyone who sees themselves as an underwater filmmaker. Still photographers should consider other options with larger sensors for the resolution, low light, and dynamic range benefits. 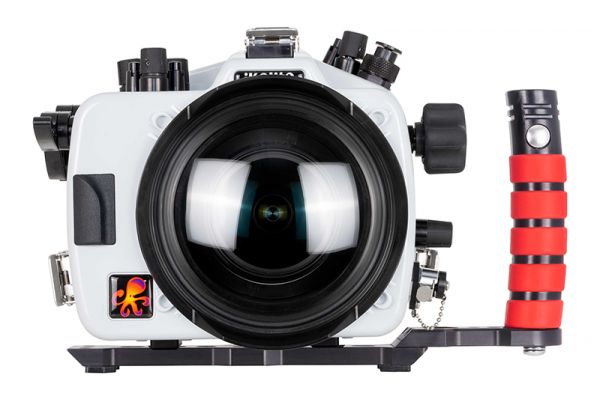 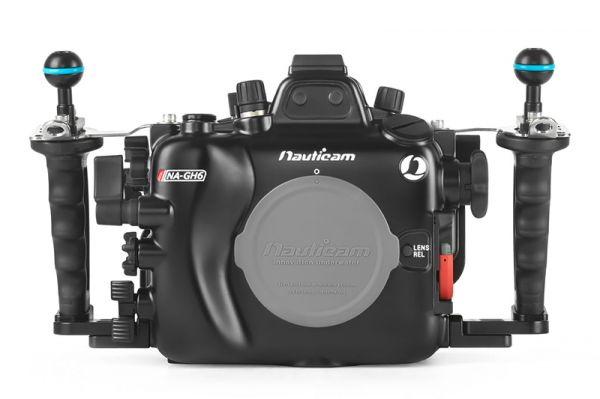 The fourth iteration of Sony’s “basic” full-framer is anything but. At its heart is a new 33MP BSI-CMOS sensor and the Japanese company’s latest Bionz XR processing engine, a combination that offers burst shooting up to 10fps, 4K/30p 10-bit 4:2:2 video from the full width of the sensor, and 1080/120p capture with no crop. Other very-nice-to-haves include subject tracking in video mode, a higher-resolution 3.69M-dot viewfinder, and the improved menu system from the a7S III. $2,500 | www.sony.com | www.backscatter.com 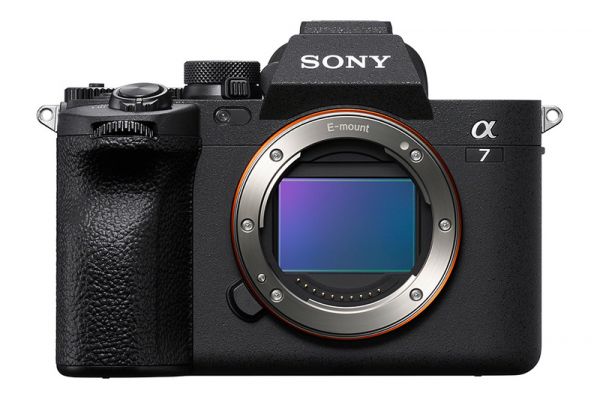 For users of cropped-sensor cameras—particularly Sony’s a6000 series—who want to transition to full frame, the “entry-level” Alpha 7 series camera was always a no-brainer, but that’s especially true now with this upgraded model. Whether you love shooting stills or video, or a bit of both, the Mark IV does everything extremely well. 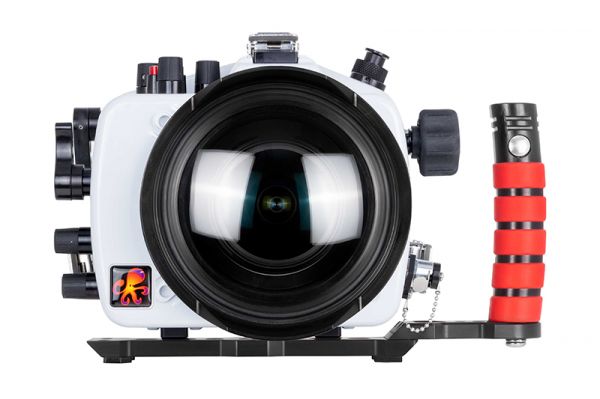 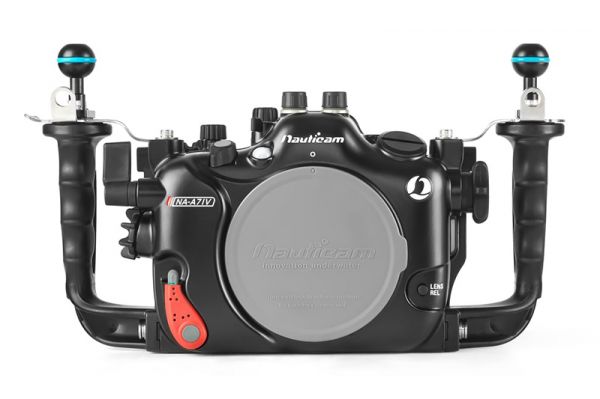 Breaking new ground when it was released in 2020, Canon’s EOS R5 became the first full-frame camera capable of recording 8K RAW internally and the first mirrorless camera to shoot 4K/120p. But it turned out that there was a caveat: The heat generated severely curtailed recording time. Enter Canon's first full-frame, 8K Cinema EOS-style camera—the EOS R5 C. While similar from the front, round the back is a chunky fan, which makes all the difference, allowing unlimited recording time in all modes up to 8K/60p, with no crop. $4,500 | www.canon.com | www.backscatter.com 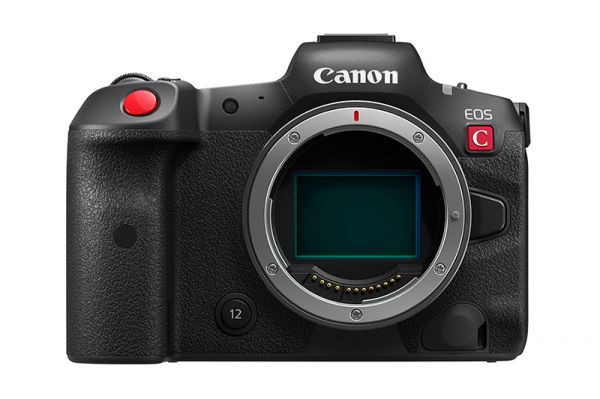 That the R5 C doesn’t technically belong to the Cinema EOS line (and therefore isn’t quite the same professional product as the cameras in that line) isn’t going to matter to anyone who wants an extremely impressive filmmaking tool at what is, comparatively, an extremely modest price. Plus, if you want an 8K/60p-capable camera with an RF mount, this is one very affordable option. 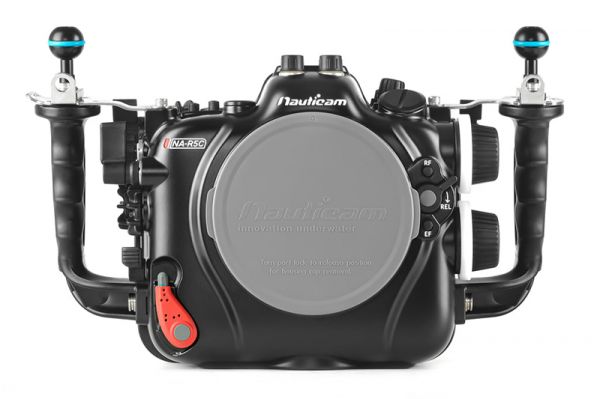 Blackmagic are in the professional broadcast camera business, but they’re also enjoying considerable success with their prosumer-targeted Pocket Cinema Camera, otherwise known as the BMPCC. The basic model in the lineup is the 4K-capable BMPCC 4K, which features a 4/3 sensor and a Micro Four Thirds lens mount. The other two models—the BMPCC 6K (just superceded by the BMPCC 6K G2) and the (recently released) BMPCC 6K Pro—feature 6K Super 35 sensors and the Canon EF mount. All promise the “Hollywood Look” with rich, accurate colors and wide dynamic range via the Blackmagic RAW codec. $1,295 (BMPCC 4K) | www.blackmagic.com | www.backscatter.com | $1,995 (BMPCC 6K) | www.backscatter.com 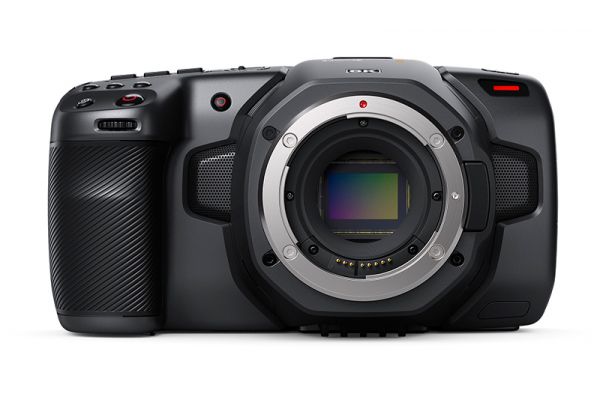 Filmmakers on a budget should definitely consider the eminently affordable BMPCCs. You’ll get a polished product with pro video tools not offered on typical “hybrid” cameras as well as an industry-standard RAW format that offers plenty of options in post-production. Keep in mind that the original BMPCC 6K is now no longer a current model and the new BMPCC 6K G2 has a different form factor (like the “Pro” model), so it won’t be compatible with housings for the first-generation model. 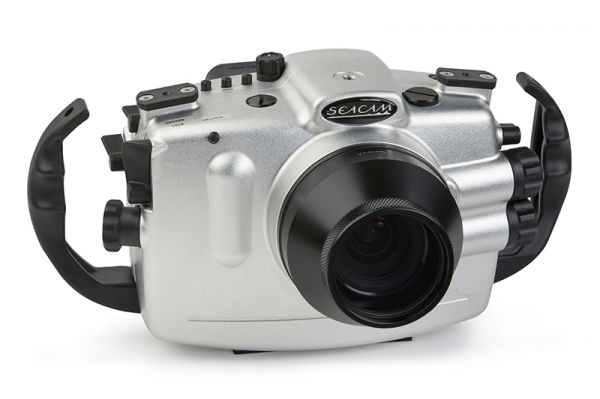 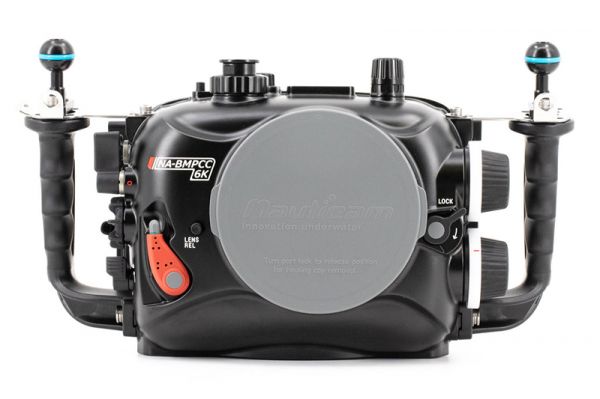 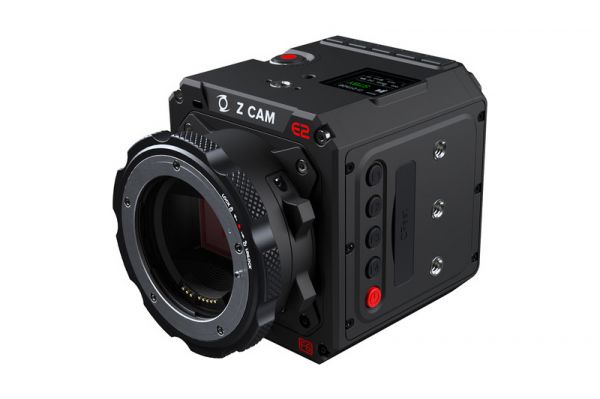 Z CAM’s offerings are strictly for serious cinematographers, and they compete with similar products from the likes of RED and Blackmagic. Keep in mind that the Z CAM is built around the good ol’ EF mount, unlike competing cameras like the RED Komodo 6K, which features Canon’s new RF mount. 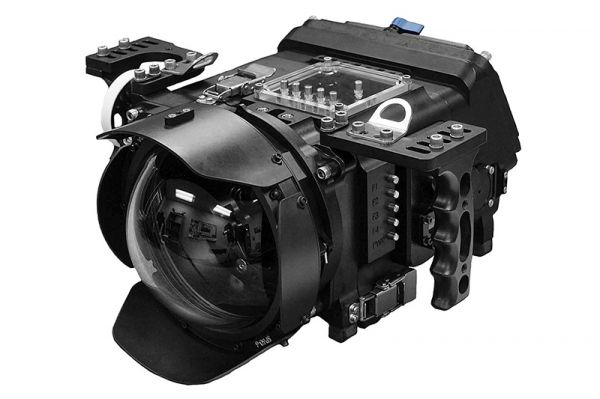 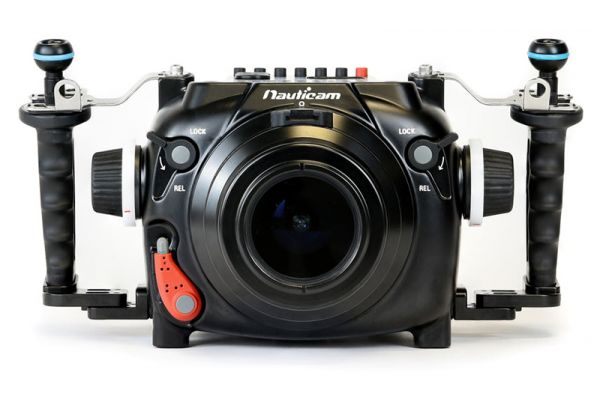 While the HERO10 is all but identical to the HERO9 externally, the latest GoPro got some major internal upgrades in the shape of a new processor and a new 23.6MP sensor. This has allowed the HERO10 to double the top frame rates of its predecessor: You can now record 5.3K/60p and 4K/120p for silky-smooth slo-mo playback. It’s also possible to pull much larger stills from your footage: 19.6MP stills from 5.3K video vs 12MP from 4K on the HERO9. HyperSmooth is now at version 4.0, meaning wobbly footage is a thiing of the past. $400 | www.gopro.com | www.backscatter.com 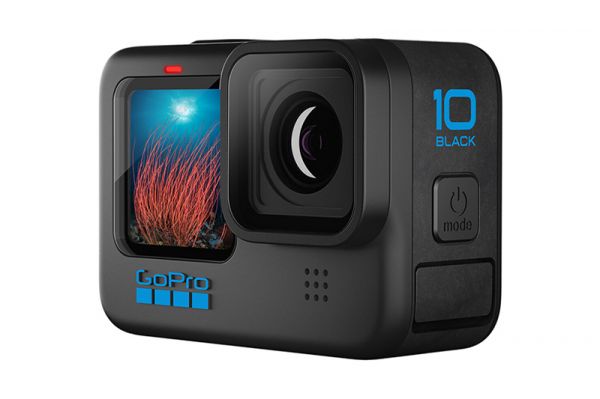 With GoPro’s own (perfectly good) $50 underwater housing, you can have a GoPro filming your underwater exploits for next-to-nothing—so why not have a GoPro? That said, the HERO10 is far and away the best spec’d model to date, so it’s worth getting this latest model. 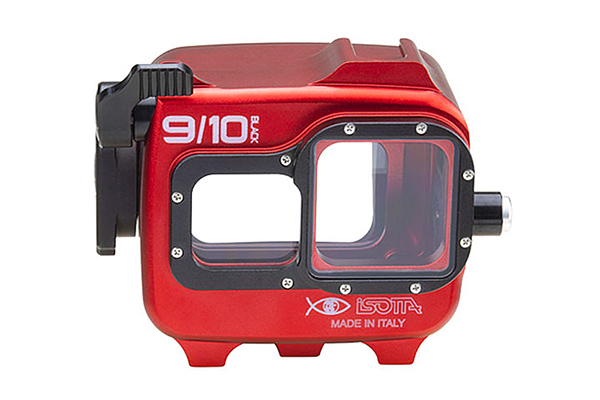 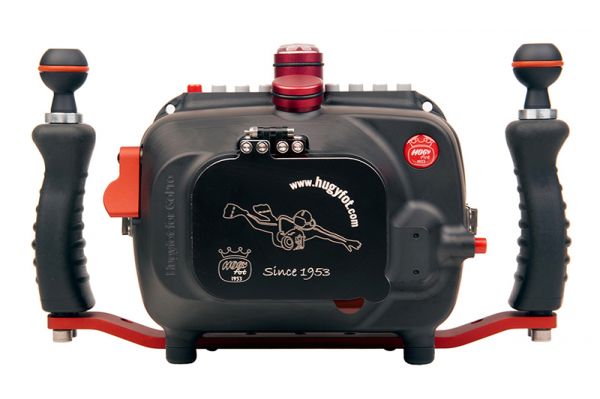 If continuous light is what you crave, chances are SeaLife has you covered with its wide selection of Sea Dragon video lights and dive torches. The latest addition to the catalog is the 3000SF Pro Dual Beam, which offers a 3,000-lumen flood beam (with a 90° beam angle underwater) and a 1,500-lumen spot beam (with an 11° beam angle underwater)—very handy for creative snoot-type lighting effects. SeaLife also throws in a couple of 180-lumen LEDs to provide red light for your camera’s autofocus while not spooking skittish fish. $550 (including tray and grip) | www.sealife-cameras.com 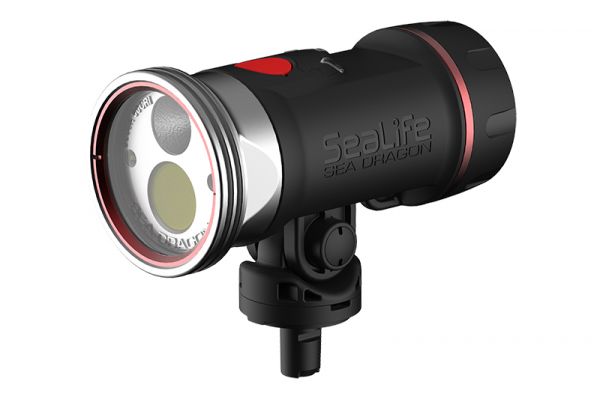 By Keldan standards, the new 20,000-lumen Video 8XR only provides “moderate” brightness, but it’s among the Swiss company’s most sophisticated video lights: The “R” in the name makes it one of a few models that can be remotely controlled—no small feat underwater. Just add Keldan’s RC1 remote and you’ll be able to control an unlimited number of lights simultaneously via two independent brightness channels. The Video 8XR offers a beam angle of 110° in water and runs at full power for up to 35 minutes on a full charge. $2,428 | www.keldanlights.com | www.backscatter.com 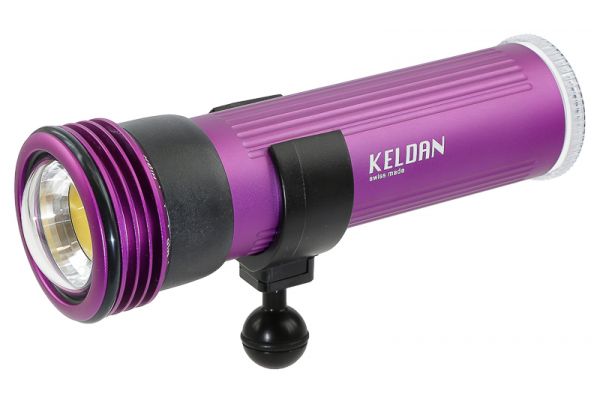 Ikelite recently announced not one but four new strobe models: refreshed versions of the company’s classic DS51 and DS160 (DS51 II and DS160 II) and two exciting “hybrid” strobes armed with 2,500-lumen video lights (DS162 and DS230). The latest addition is a new “standard” version of the DS230 (for $200 less) with a 205-lumen modeling light (as found on the DS51 II and DS160 II) instead of the integrated video light. The strobe boasts a guide number of 32, 10-stop control of strobe output, and a 110-degree strobe beam angle with included diffuser. Of course, automatic strobe exposure is available by adding the appropriate TTL converter. $1,295 (DS230) | www.ikelite.com | www.backscatter.com 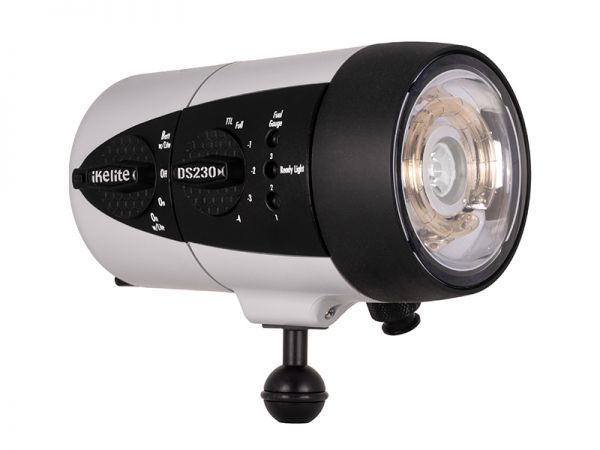 Big, chunky strobes are all very well if you’re planning on setting the reef alight. But if macro is your preference, you’ll want a nice, compact strobe that’s specifically designed for shooting the small stuff: the Backscatter Mini Flash (MF-1). Better stiill, get full control over the beam’s size and shape by attaching the matching Optical Snoot (OS-1), positioning the modeling light just so, and blazing away! In a word, awesomeness. $500 (MF-1 and OS-1 combo) | www.backscatter.com | $400 (MF-1) | www.backscatter.com | $150 (OS-1) | www.backscatter.com 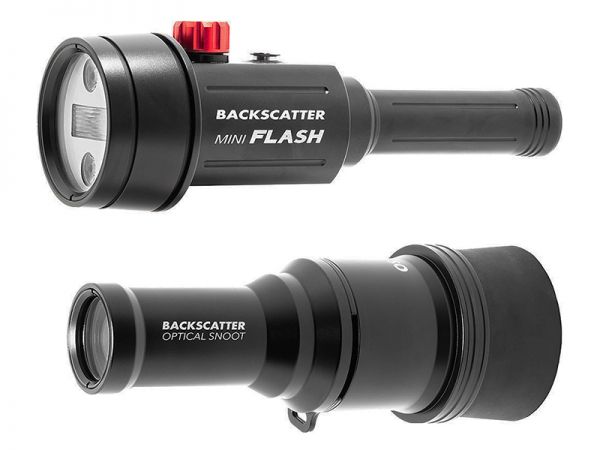