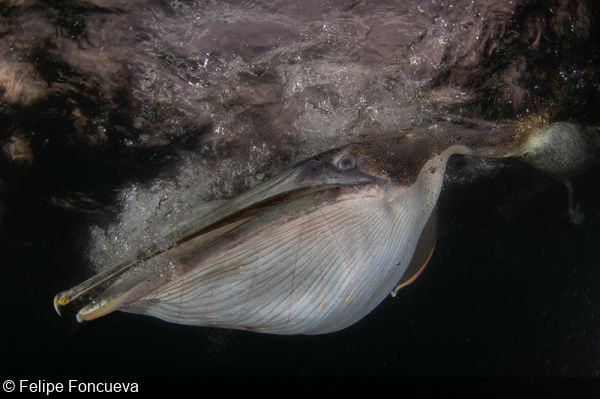 The winners of the 2021 Bird Photographer of the Year awards have been announced, with Mexican photographer Alejandro Prieto clinching the grand prize for his shot of a roadrunner surveying a portion of the US–Mexico border (below). The competition received more than 22,000 entries.

However, it was the winner of the Portrait category that caught our eye: Spaniard Felipe Foncueva’s brilliant capture of a diving brown pelican, which was taken off the Pacific coast of Costa Rica. Felipe says: “Looking at this image, I am struck by the similarity between the way the pouch beneath the pelican’s bill functions and the throat of a feeding baleen whale. At first glance you could be forgiven for thinking you are looking at a marine mammal rather than a bird!” So true!