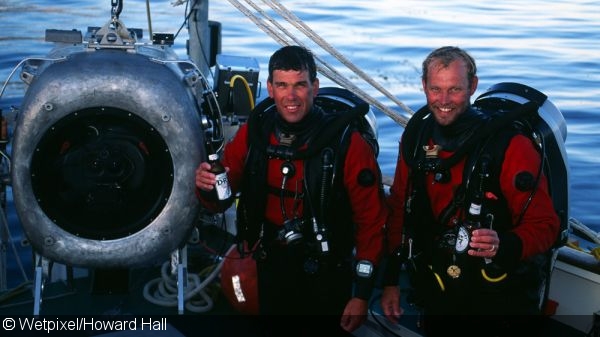 We are saddened to share the news that well-known and beloved underwater cameraman Bob Cranston passed away from cancer on June 2.

Cranston was a veteran of the underwater filmmaking industry and contributed to many of the IMAX feature films that brought the wonders of the ocean to the big screen. Of note, he worked with Howard Hall to shoot “Into the Deep,” the first underwater film made in IMAX 3D.

Countless thoughts of condolence and unique memories to celebrate Cranston’s life have poured in from all corners of the underwater imaging community. Over on our sister site, Wetpixel, Howard Hall penned some especially poignant words regarding his late friend:

“So many adventures together, so much of my history as a diver, so much of my love for the ocean, so much of my success as a filmmaker, was influenced dramatically by my relationship with Bob Cranston… I might never have made any of these films had I not known Bob. How different my life would be. How diminished. I know I will never make another dive without thinking of him, without feeling him beside me.”

We encourage you to read the rest of Howard’s tribute on Wetpixel and to share your thoughts in the comment section below.