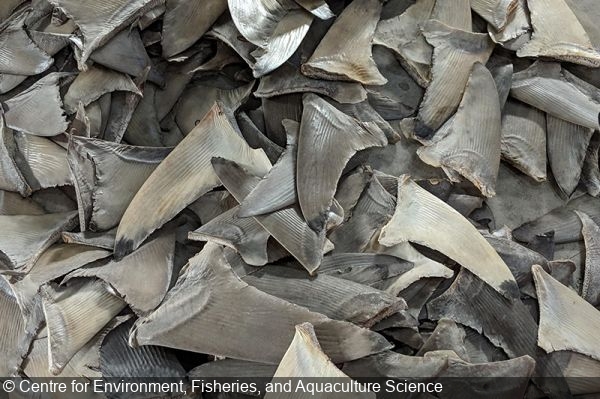 International Ocean Minister Lord Goldsmith says that the UK “will go further than any other country to stop the cruel practice of shark finning” as new legislation is announced that will ban the import and export of shark fins and products containing them. While shark finning is already banned in UK waters, trade has been allowed under EU law—mainly for shark fin soup.

“Shark finning is indescribably cruel and causes thousands of shark to die terrible deaths. It is also unforgivably wasteful,” said Lord Goldsmith. “Our action will not only help boost shark numbers, it will send a clear message that we do not support an industry that is forcing many species to the brink of extinction.”

Of the world’s 500 or so shark species, some 143 are listed as “vulnerable” to “critically endangered” under the International Union for Conservation of Nature. Demand for shark fin and overfishing are major drivers, with sharks such as the short fin mako and blue shark declining rapidly due to unsustainable fishing practices.

The UK is using Brexit to make improvements in animal welfare, with Environment Secretary George Eustice saying in May that “our departure from the EU has provided us with an opportunity to do things better.” The Government is also planning to ban the live export of animals for slaughter and fattening. In addition, the UK is leading a global campaign—supported by over 80 countries—for at least 30% of the world’s land and ocean to be protected by 2030.

Read more about the announcement in the press release.