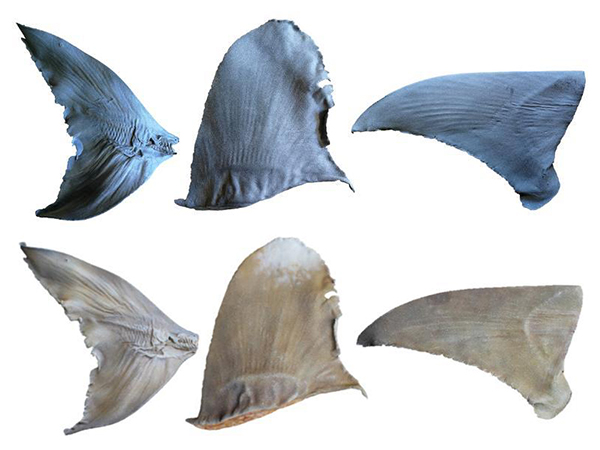 Wildlife NGO TRAFFIC has created a set of 3D-printed and painted shark fins to help customs officials around the world identify protected shark species that have been caught and smuggled illegally. The replica fins, created from 3D scans of real dried shark fins, constitute a dozen regularly traded species, including the great hammerhead, oceanic whitetip, and silky shark.

The effort is a response to the huge challenge enforcement officials face in identifying shark fins to a species level so as to correctly enforce CITES—the Convention on the International Trade in Endangered Species of Wild Fauna and Flora. Eleven of the 12 species represented in the set of replica fins are CITES-listed.

“These replica fins are expected to significantly improve the accuracy of active inspection, identification, and seizure of illegal shark fin consignments,” says South Africa-based TRAFFIC fisheries trade expert Markus Burgener. “They will help empower law enforcement officials the world over to more effectively disrupt the illegal trade in shark fins, which is causing significant detriment to our oceans.”

The nylon 3D-printed fins are remarkably close to the real thing: The sandpaper-like texture of real dried shark fins is created using a selective laser sintering process, and the replicas receive the correct markings and coloration—critical for aiding accurate identification. The 3D scan files and painting instructions for 22 fins can be downloaded for free directly from the TRAFFIC website.

Find out more about the story behind the development of the replica fins here. 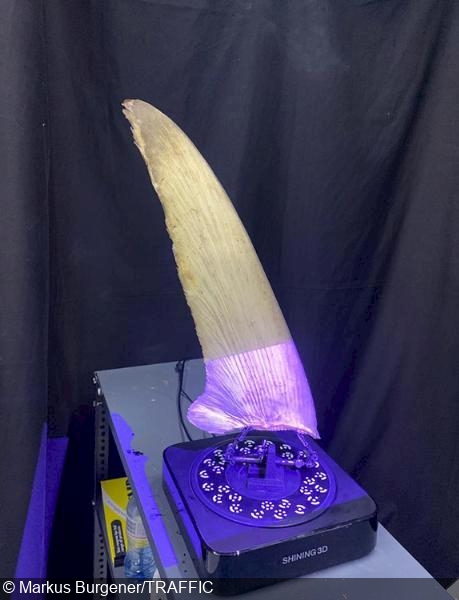