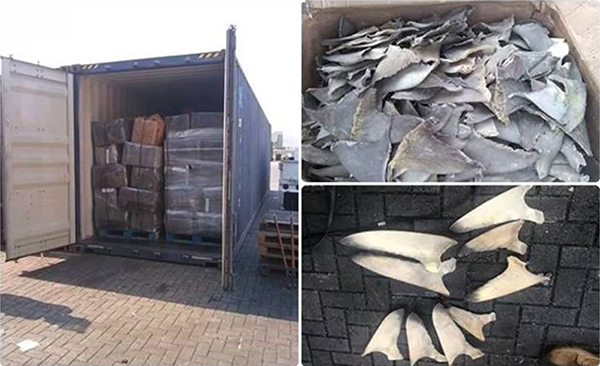 Mexico is one of planet’s most amazing destinations to photograph sharks—think Guadalupe Island’s great whites or Socorro’s scalloped hammerheads, oceanic whitetips, and Galápagos sharks. But the country is also one of the top places where sharks are caught and killed illegally for their fins, as evidenced by the 10-ton haul that was recently discovered by customs agents in the Pacific Ocean port city of Manzanillo.

Packed into more than 500 crates, the shark fins were bound for the Philippines and have been valued at almost 4 million pesos, or $210,000. Used in shark fin soup, a popular Chinese dish, the fins can fetch up to $500 per pound.

Back in 2013, a statistical report compiled by researchers at Dalhousie University in Halifax, Canada estimated that some 100 million sharks are killed every year by humans.