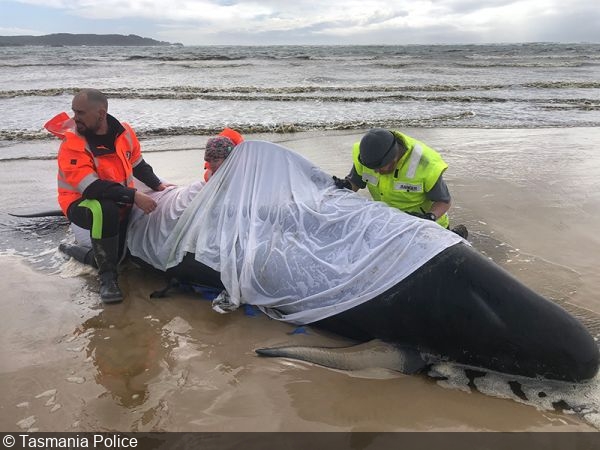 Update: In a statement released on Saturday, September 26th, the Tasmanian government announced that 108 pilot whales had survived the stranding and been released by the rescue team, which had battled all week to save the animals. This means the total number of dead whales numbers around 350—tragically, still a record for Australia.

September 23rd, 2020: Hundreds of whales have died around Macquarie Heads on Tasmania’s west coast in Australia’s biggest stranding on record. A pod of around 270 long-finned pilot whales were found beached on Monday, followed by another 200 the next day.

Rescuers are working tirelessly to help the animals, with 50 saved by Wednesday. Dozens of people are using slings and other gear to pull the surviving whales off the sand banks, before escorting the “re-floated” whales back into deeper waters. Around 30 more still alive. “There’s still hope for them,” said Nic Deka, regional manager for Tasmania’s Parks and Wildlife Service, “but as time goes on they do become more fatigued.”

Tasmanian government officials are now shifting their focus to the hundreds of dead whales strewn along the beach. In the past, carcasses have been taken out to open sea or buried on the shore. The mass stranding is a grim new record for Australia, whose previous record of 320 was set in 1996.

The vast majority (80%) of Australia’s whale strandings occur in Tasmania, a known hotspot being Macquarie Heads, and pilot whales are prone to getting beached. These toothed whales use echolocation for orientation and navigation errors can occur: They can enter a shallow bay and fail to locate the exit. The highly social animals tend to strand in groups, with one individual inadvertently leading the whole group to shore. 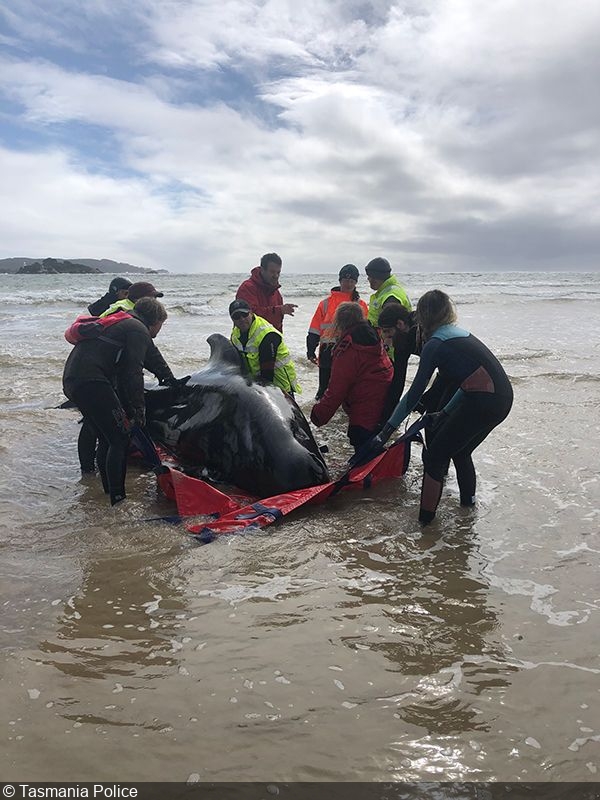 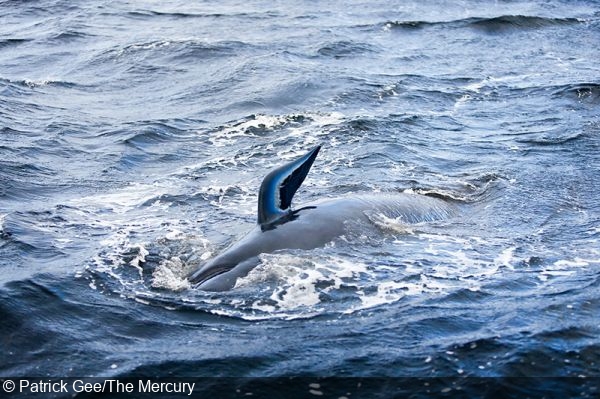 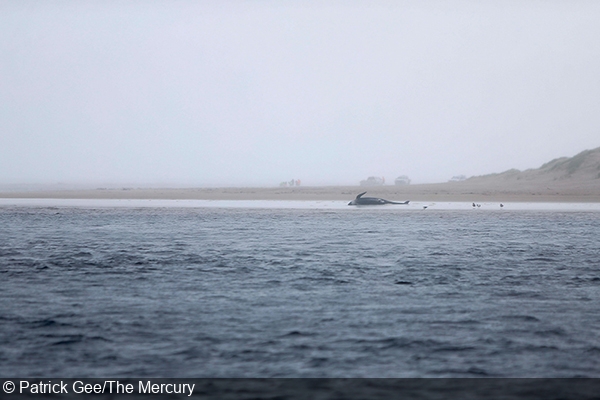