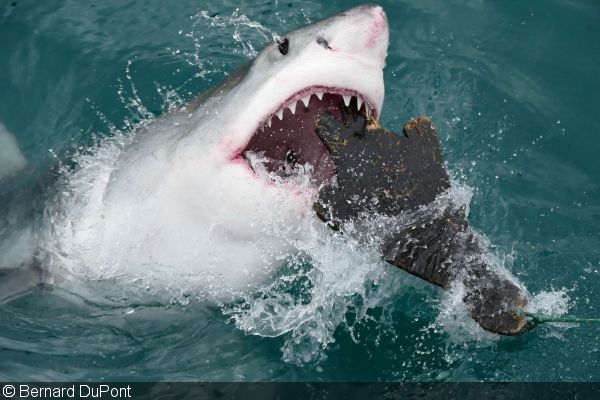 Think you’ve got a stressful life? Well, at least you’re not a seal in constant fear of being devoured by a great white shark—and then having scientists poke around in your poop to prove it.

It’s official: Seals are stressed out by being chased by great whites. This less-than-breaking news comes out of a three-year study by the University of Miami Rosenstiel School of Marine and Atmospheric Science. Researchers collected the feces from cape fur seals in South Africa and tested for cortisol stress hormones.

"Our findings showed that seals exhibited high stress in the places and at the times when great whites were hunting and the seals had no way of anticipating or effectively preventing a predation attempt from any shark that decided to attack," said the study’s lead author Neil Hammerschlag.

Meanwhile, seals that weren’t being frequently hunted lacked such stress responses. It’s also interesting to note that seals being actively hunted – but able to hide underwater – also were stress free. Nothing like going for a dip in the ocean to escape death to soothe the nerves.

Check out the complete study, here.