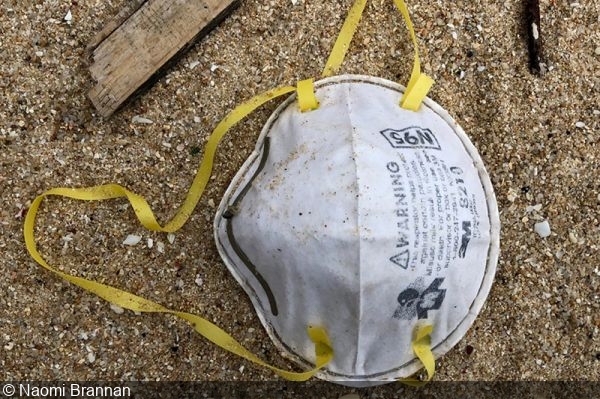 New research has found that about 9.2 million tons (8.4 million metric tons) of pandemic-related plastic waste, such as masks and gloves, has been generated by 193 countries from the start of the pandemic to mid-August 2021. The work uses modeling to estimate that more than 28,000 tons (25,000 metric tons) of this plastic waste has ended up in the ocean.

The study, “Plastic Waste Release Caused by COVID-19 and Its Fate in the Global Ocean,” published in the online journal PNAS, concludes that about 87.4% of the plastic was used by hospitals, while individual use accounted for 7.6%. About 4.7% and 0.3%, respectively, could be attributed to packaging and test kits. The authors predict that, as of August 23, 369 major rivers have transported about 28,550 tons (25,900 metric tons) of plastic debris to the sea. According to the study, by the end of this year, more than 70% will have washed up on beaches, and within three years, the majority of the waste will move from the surface ocean to beaches and the seabed.

The researchers note that coastal environments near the original sources will be impacted most in the short term, but long term, the scientists predict garbage patches may form in the open ocean, such as the northeast Pacific and the southeast Indian oceans. Much of the plastic that is swept toward the Arctic Circle will sink to the ocean floor. The model also predicts that a circumpolar plastic accumulation zone will form as soon as 2025.

The study highlights the importance of plastic waste management strategies focusing on major rivers and watersheds, in particular limiting single-use plastics and using sustainable alternatives, and improving systems for collecting, treating and disposing of medical plastic waste in developing countries.