For $20,000, companies and individuals can attach their name to tons of concrete railroad ties and culvert pipes in a plan by St. Lucie County to sell naming rights for 23 planned artificial reefs. The names of those who purchase the rights will be stamped on private and county navigation maps for all to see. St. Lucie County Erosion District managers, who run the program with volunteer help, say the benefits are as diverse as the reefs themselves. The new aquatic habitats lure a plethora of fish, fishermen and money for the economy, along with keeping tons of material out of the landfill. It's a nice potential for the corporation to get some publicity. So it's a win-win situation. And also it's a good reflection on the corporation that makes that donation because it's an environmental thing,said Bill Bobb, president of the Port St. Lucie Anglers Club. Jim Oppenborn, St. Lucie County's marine resource coordinator, said the county has about 11,500 tons of old concrete light poles, slabs and particularly good reef building pipes, but there is not enough money to pay a contractor to set them out to sea. Officials estimate it will cost at least $391,000 to build all 23 reefs and thousands more to monitor and keep them in good shape. 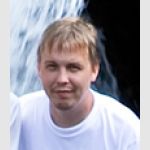