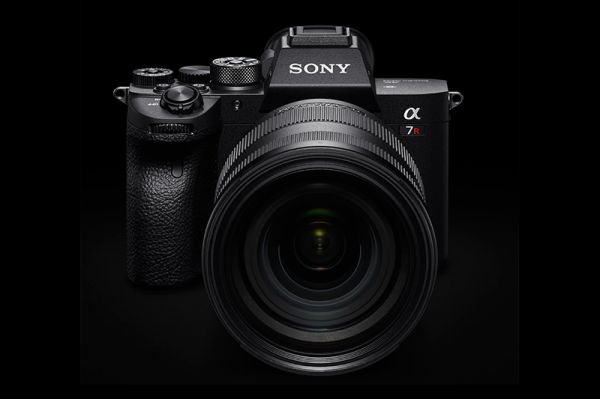 The three horse race that is the Japanese full-frame camera market has a new front runner, and—hint—it’s not Canon or Nikon. According to BCN Ranking, after steady growth from November 2018 to October 2019, Sony has increased its market share in Japan from 31.6% to 38%, two percentage points ahead of Canon, at 36%. Nikon came in a distant third, at 24%, down from 29.1% last year.

That puts Sony ahead of its rivals in terms of unit sales and total value sales in all three camera categories—fixed-lens, APS-C, and full-frame—over the past 12 months. As BCN Ranking notes, APS-C mirrorless cameras (55.7%) and APS-C DSLRs (33.9%) dominate the interchangeable-lens camera market in Japan: Full-frame mirrorless and DSLR cameras capture just over a tenth of the market there.

Nikon is struggling the most in Japan. For example, the company has experienced a drop in value sales in the APS-C market of over 30% in the past year. Sony, by contrast, has seen its value sales in the same category increase by more than 44% over that period. In the global interchangeable-lens camera market, Sony surpassed Nikon to claim the number two spot, behind Canon, earlier this year. 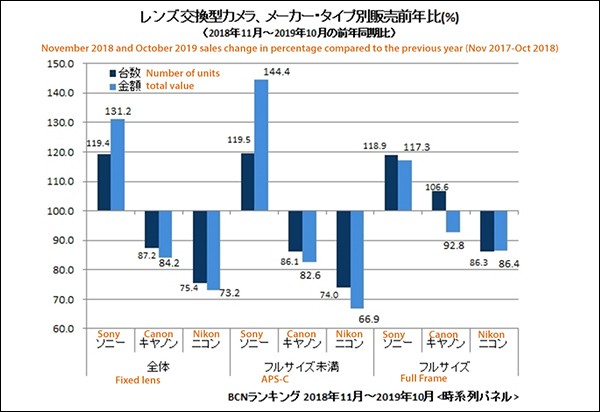