Sony Announces The NEX-VG10 - The First Prosumer Interchangeable Lens HD Camcorder
By Matt J. Weiss, July 14, 2010 @ 10:23 PM (EST)
Sony is celebrating their 25th anniversary of its Handycam camcorder series in a big way -- by announcing the first prosumer interchangeable lens HD camcorder, the NEX-VG10. Think of this as a micro-four thirds camcorder and, although it's part of their Handicam line, it's a lot like their recently announced Alpha NEX interchangeable lens camera. 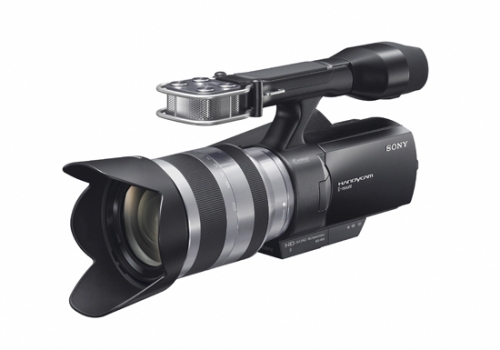 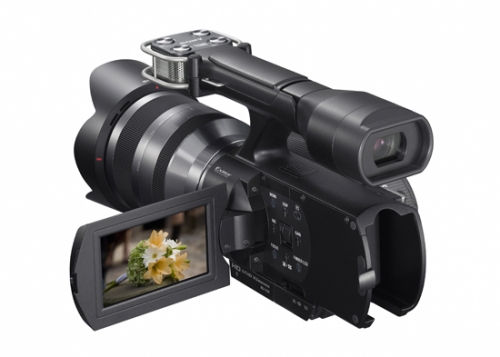 As with most of Sony's releases recently, the camcorder will take both SD and Memory stick storage. Its being bundled with an 18-200m F3.5-6.3 lens and will retail for $2000.

As for taking this bad boy underwater? I wouldn't hold your breath. The underwater industry has been slow to adapt to the micro-four thirds/interchangeable lens format and it may be awhile before we see a housing for the NEX-VG10. Until then, feast your eyes on the press release below. 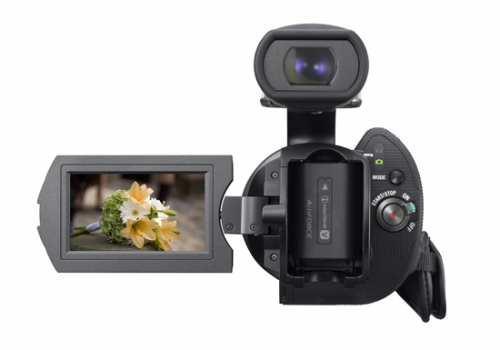 The new NEX-VG10 is the world's first consumer camcorder with interchangeable lenses and the first Handycam camcorder to feature an extra-large ExmorTM APS HD CMOS sensor.

The NEX-VG10 can capture full 1920x1080 high definition video at up to 24Mbps for amazing clarity and detail, ideal for recording on to Blu-ray DiscTM media. It also comes with an E-mount 18-200mm lens optimized for video shooting that offers a powerful 11x optical zoom in addition to a silent auto-focus system and Optical SteadyshotTM image stabilization with Active Mode for superior versatility.

Compact and easy to handle, the NEX-VG10 gives videographers the flexibility of a removable lens with the ergonomics and operability of a Handycam camcorder. An intuitive jog dial and hotkeys make it easy to navigate menus and adjust shooting parameters, including full manual control of Iris, Shutter Speed, Gain and White Balance for professional results.

Dual accessory shoes (Alpha Hot Shoe/Universal Cold Shoe) allow for many still photography and video accessories, such as the ECM-CG50 shotgun microphone and external flash lighting. There's also a choice of rechargeable battery options, including the NP-FV100 that provides up to 315 minutes of continuous HD shooting (may vary), and a specially designed soft carrying case.

Included with purchase as a download voucher ($99 value), Sony Vegas Movie Studio HD Platinum 10 video editing software includes powerful tools for video compositing, color correction and sound mixing to produce cinema-quality HD movies with ease. You can also share your creations via DVD, Blu-ray DiscTM media, or upload to the web all from one simple program.

The NEX-VG10 accepts both Memory Stick PRO DuoTM (including Memory Stick PRO-HG DuoTM) and SD (including both SDHC and SDXC formats) media. Users can record up to four hours of high definition footage (1920x1080, FH mode) when using the 32GB memory card.

Sony's Memory Stick PRO-HG Duo HX offers an industry leading 30MB per second transfer rate, which means Handycamusers can upload video clips in a fraction of actual playback time.
Like this product? Support DPG by supporting our retail partner, H2O Photo Pros. They have experts on hand to help you make the best decisions about purchasing underwater photo & video gear.