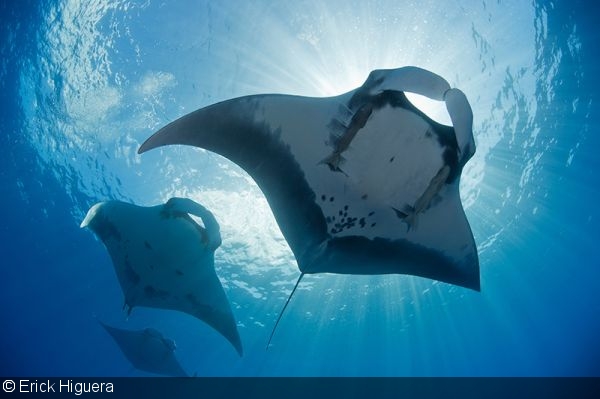 The UNESCO World Heritage Committee has inscribed 21 new sites on its World Heritage List, with Mexico’s Socorro Islands finally—and deservedly, if you ask us—making the list. Otherwise known as the Revillagigedo Archipelago, these volcanic islands, located about 250 miles south of Cabo San Lucas at the tip of the Baja Peninsula, are the site of some awesome big animal encounters.

The wild and remote archipelago had been up for consideration since 2008, for representing “a unique ensemble of species, habitats and ecosystems,” and the “very high levels of endemism, both on land as in the surrounding waters, particularly of birds.” But among divers and underwater photographers, the real drawing cards are the giant Pacific manta rays and the multiple species of sharks, including whitetip, silvertip, silky, thresher, Galápagos, and tiger sharks, as well as mind-blowing schools of hammerheads. And don’t forget the migrating whale sharks that cruise through.