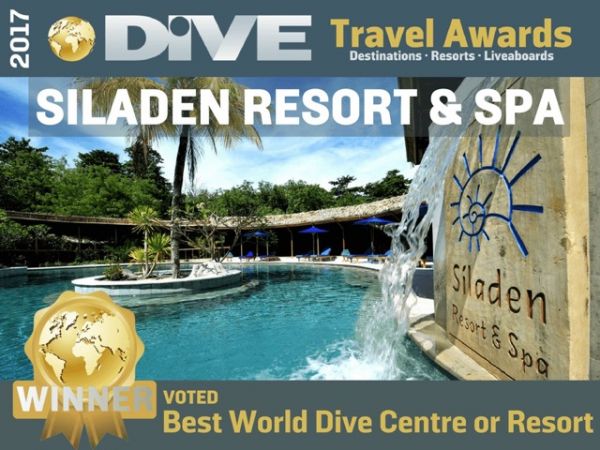 The UK’s DIVE magazine has announced the winners of its 2017 Travel Awards, and Siladen Resort and Spa clinched the award for “Best Dive Centre or Resort.” For the second year in a row, Indonesia won the world’s top dive destination, while the Sea Hunter in the Cocos won top liveaboard. Almost 14,000 votes were cast since polling began in May.

In the “Destination” category, Indonesia was a clear winner, followed by the Philippines and the Azores in second and third place, respectively. The runners-up for “Best Dive Centre or Resort” were OBLU by Atmosphere on Helengeli Island in the Maldives, and Wakatobi Resort in Sulawesi, Indonesia. The other favorite liveaboards were second-place Pelagian—operated by Wakatobi—and third place Bahamas Aggressor.

See all the winners here.