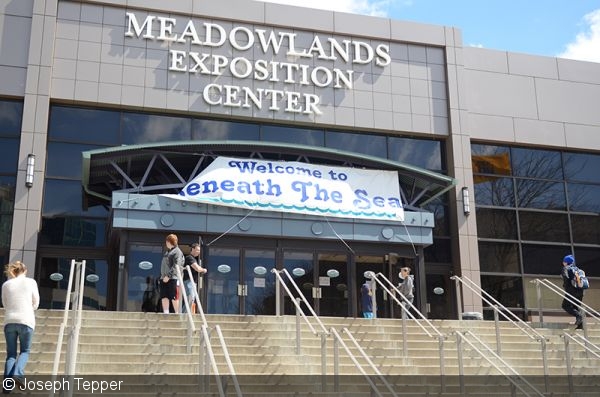 Every spring, the entire dive world of the northeast U.S. gathers a couple of small bridges over from DPG headquarters in Secaucus, New Jersey for the Beneath the Sea show.

Billed as the country’s largest consumer show, BTS’ position in April gives us the chance to check out the latest gear and trends as things begin to thaw out from the winter. But just in case you couldn’t make it to New Jersey, we’ve got you covered with show highlights and can’t-miss show floor action.

With a ton of new cameras announced in late 2015 and early this year, we are finally getting our first look at the housings to match. One of the most anticipated cameras is Sony’s a6300—a 24-megapixel mid-level mirrorless packed with pro features.

While representatives from Aquatica and Nauticam have confirmed plans for housings in the near future, Ikelite had a prototype on display at their booth. The housing sports the new “gray look,” which offers a durable build at a more lightweight form for snorkeling and other watersport photography. 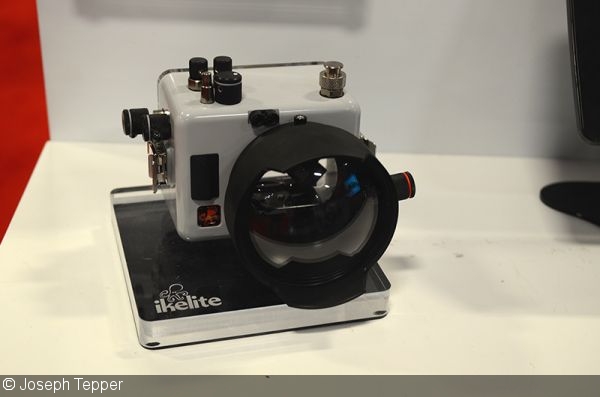 First to production, the Ikelite housing for the Sony a6300 features the new gray look

The buzz is still high on Sony’s a7 II cameras, which our reviewers found to be well deserved. On display at the show, we were able to get a feel for both the Ikelite and Aquatica housings. 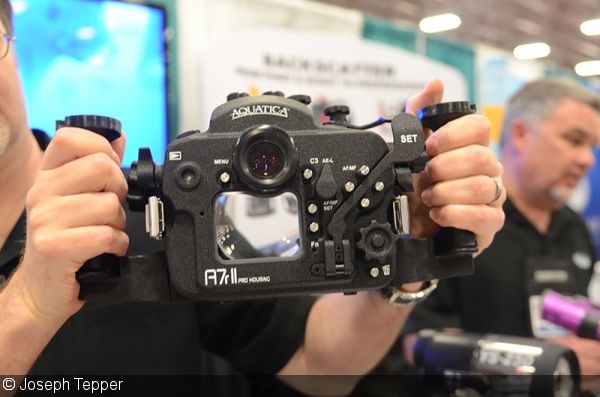 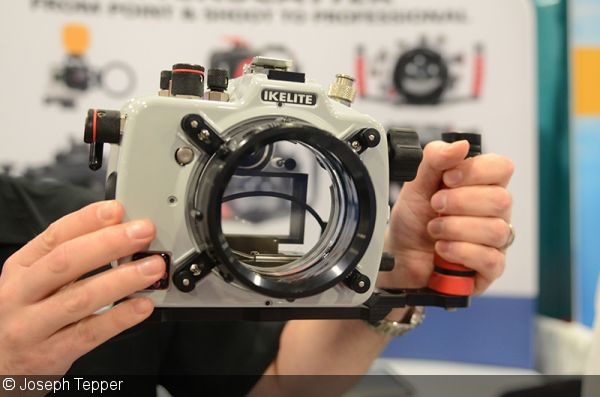 SeaLife’s Micro 2.0 was a common sight at the booths of local scuba shops around the show floor—and we even saw a few attendees purchase one on site! The self-sealed compact camera is an attractive option for divers who don’t want the hassle of a separate camera and housing, but still want a product tailored for underwater photography. 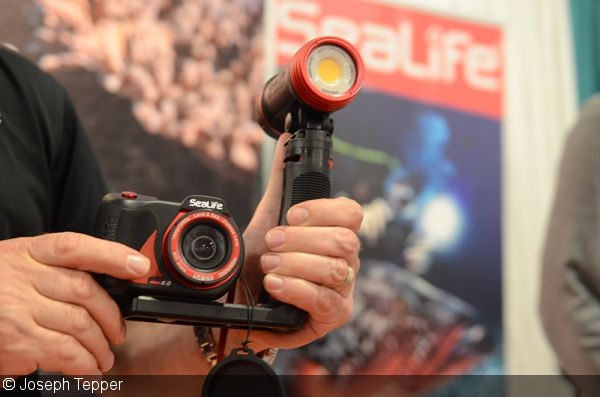 One thing we heard from a lot of people visiting the DivePhotoGuide booth was the desire to start shooting more video. With the emergence of GoPro and 4K capabilities (even in compact cameras), there’s never been a better time to try out underwater photography.

Backscatter produces filters and specialized lenses to help elevate the quality of your GoPro imagery from beginner to pro. Switch seamlessly between different filters with the Flip4 system, or try out macro photography with the Macromate Mini. 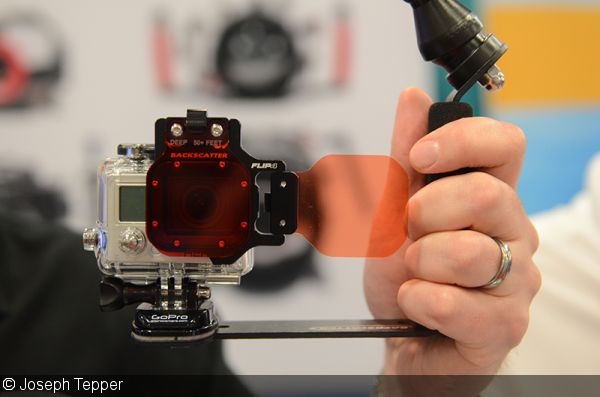 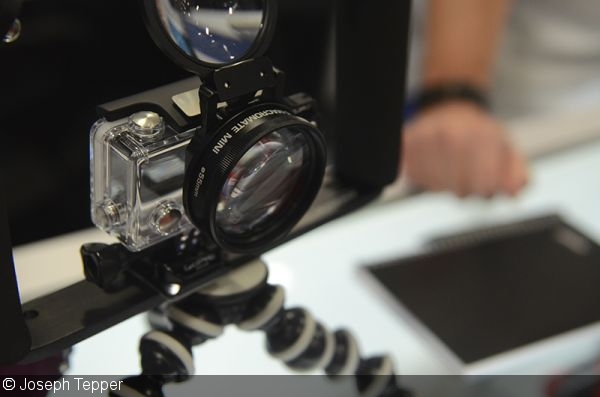 Really want to deck out your GoPro system? Beneath the Surface is now selling a boomerang-style tray that features a trigger system for both the top trigger and the mode (on/off control). We tested it out and you can perform virtually any function without removing your hands from the handles. 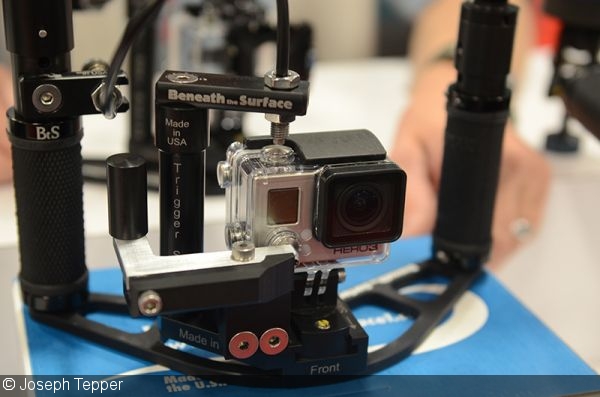 Beneath the Surface makes a lot of unique accessories, including this trigger system for all GoPro models (with some modification)

Alternatively, if you want a more dedicated system, Backscatter showed us the Gates housing for the Sony AX100. This professional 4K camcorder features a 1” Exmor R CMOS sensor that can record 4K video at 30fps. 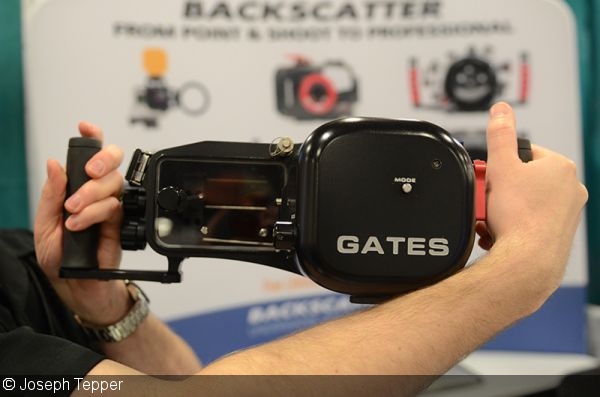 We are super stoked about I-DiveSite’s Symbiosis—a dual strobe and video light. The company is finalizing the product and is expected to ship by the end of the month. That means you’ll only have to wait a little longer to have a 2,000-lumen light combined with a strobe. Talk about encouragement to try out videography! 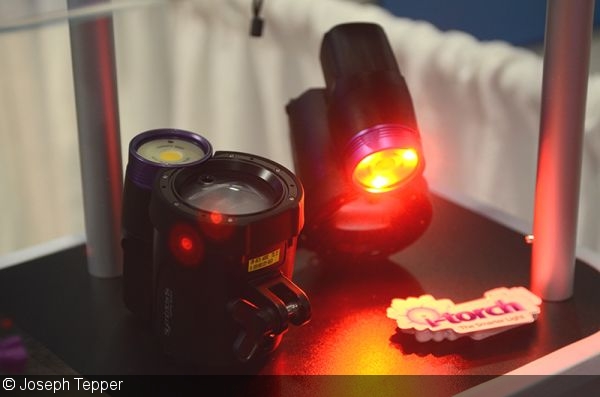 Mix and combine video and strobe light with I-DiveSite’s Symbiosis, expected to ship within a few weeks

Also in the pipeline is Fantasea’s Radiant 1000X. It’s hard to believe that this light—barely larger than an AA battery—can put out 1,000 lumens. Pricing and availability for the Radiant 1000X are yet to be announced. 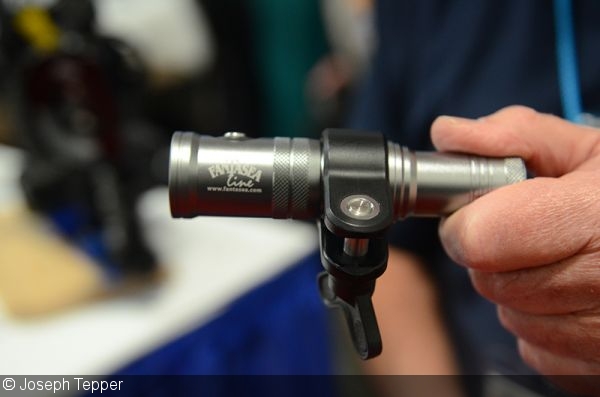 This small, compact light from Fantasea packs a punch with 1000 lumens

Over at the Aquatica booth, we got to check out the company’s new, slim macro port. Attached to it is a pretty unique macro lens adaptor—one that features a magnetic locking system so that you never have to worry about it flip-flopping out of place. It’s also worth noting that Aquatica is introducing a port lock for those attached to an extension ring, rather than the housing’s bayonetted system. 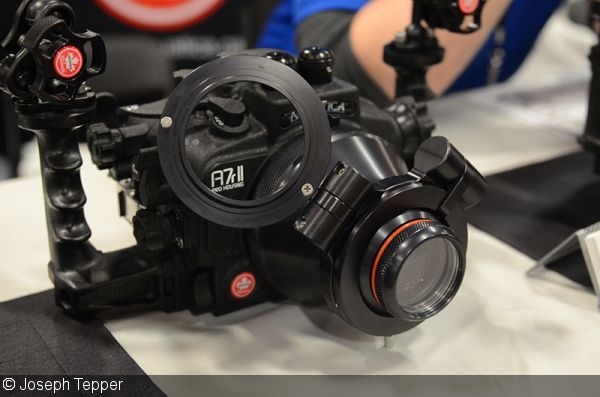 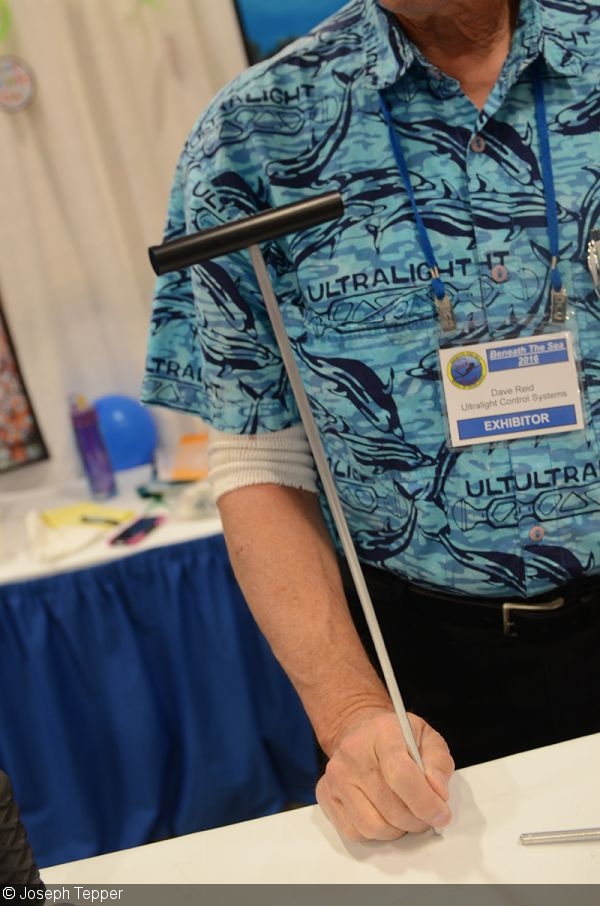 No muckin’ about at the show. Ultralight is releasing an “Eco Stick” for stability and critter pointing. You can even attach a ball mount for an impromptu tripod 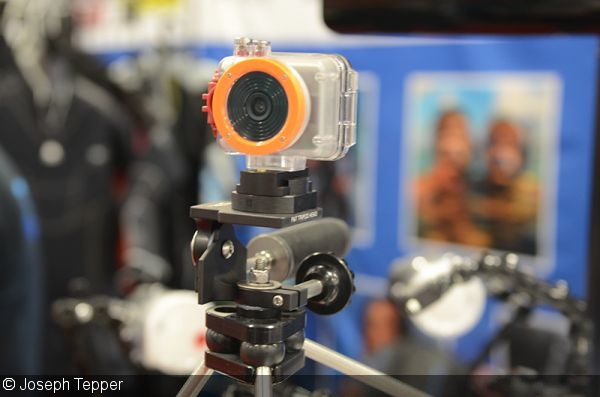 Speaking of tripods, Beneath the Sea is now selling their version, which comes in both 8" and 12" inch leg lengths

The photo and video gear is just the tip of the iceberg of what BTS has to offer. As the epicenter for the NY-area dive community you could barely walk down the aisle without bumping into someone you know from the local dive boat or the New York Underwater Photography Society. 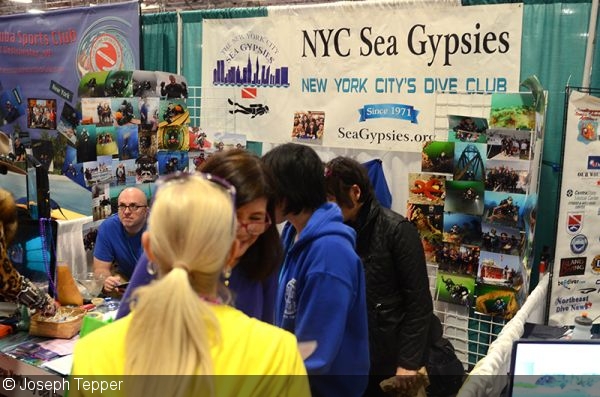 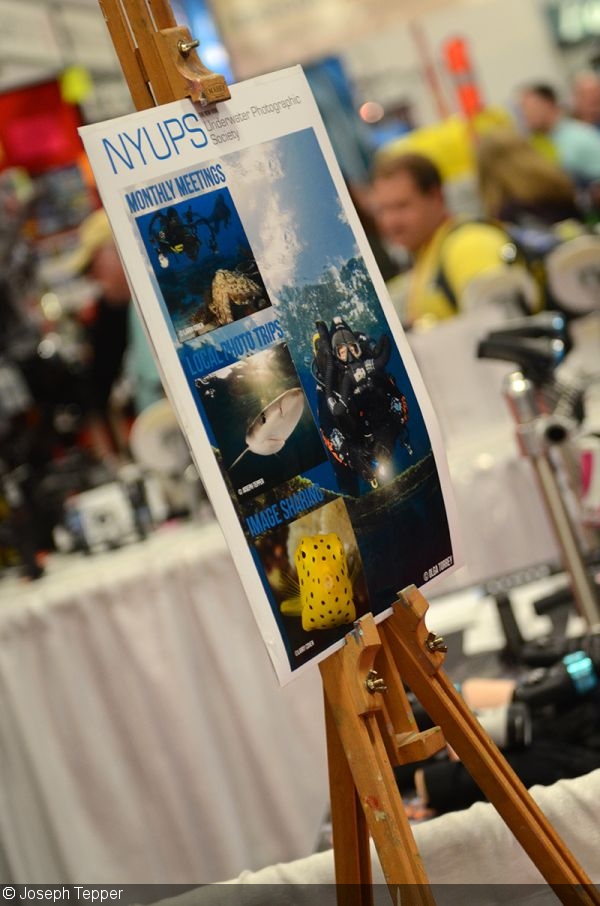 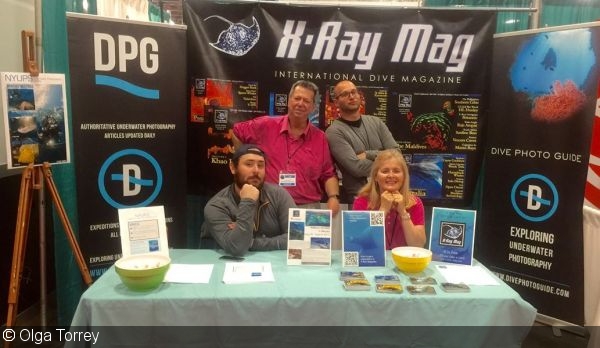 Thanks to everyone from DPG, NYUPS, and X-Ray Magazine for making BTS 2016 a show to remember (and pose for, apparently)