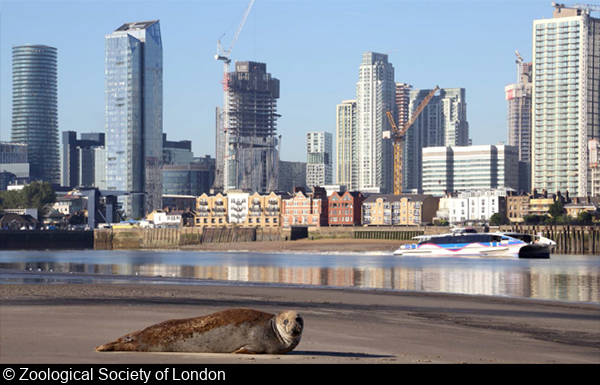 When London was nicknamed “The Smoke” in the 1950s due to its epic air pollution, the famous river snaking through it was declared “biologically dead.” But the first major report into the state of the Thames Estuary (PDF) in six decades, led by the Zoological Society of London (ZSL), finds the famed waterway in much better shape in 2021.

Among 115 species of fish in the 200-odd-mile long river are seahorses, eels and various sharks—including the tope, spurdog, and starry smooth-hound. Just as surprisingly, perhaps, you’ll also find hundreds of gray and harbor seals on the estuary’s banks. The Thames is no longer the “open sewer” it was once labeled: Water quality has improved, with dissolved oxygen concentrations increasing between 2007 and 2020.

The report says the river has seen an increased range of marine mammals, birds, and natural habitats since the 1990s, but notes a slight decline in several fish species found in the tidal areas of the Thames. Climate change is also affecting London's waterway, with water temperatures increasingly annually by 0.2°C and water levels rising.

The report applauds the construction of London’s “super sewer,” the Thames Tideway Tunnel, which is due to be completed in 2025. Running mostly under the tidal section of the river, the 15-mile long, 200-feet deep sewer will capture 39 million tons of untreated sewage that currently ends up in the Thames yearly.