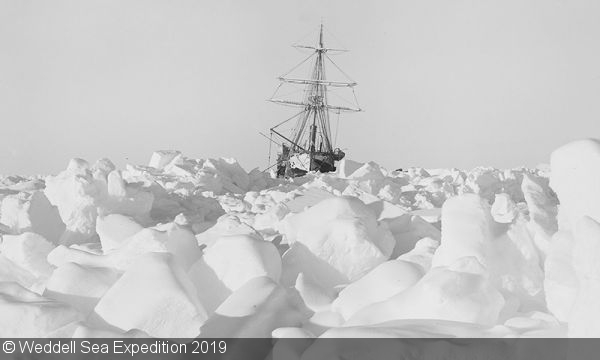 Scientists from the British-led Weddell Sea Expedition have begun their five-day mission to discover the sunken wreck of Sir Ernest Shackleton’s lost ship, Endurance, in Antarctica’s Weddell Sea—the polar yacht’s last-known position when it was crushed by sea-ice and sank in 10,000 feet of water in 1915. The team is using autonomous underwater vehicles (AUVs) to scour the ocean bottom. The aim of the mission is to photograph the wreck site and create a 3D model, not make any attempt to recover artifacts from the vessel.

“The autonomous vehicle has a number of different sensors, ranging in resolution from about 10m [33 feet] down to about half a metre [20 inches]. And it also has cameras. It’s not going to be as crisp as the image you or I might take—but almost as good as that,” Prof. Julian Dowdeswell, the expedition’s chief scientist, told BBC News.

The operation is being conducted from the South African research ship, S.A. Agulhas II, which will have to use its ice-breaking hull to maintain holes in the ice to allow the AUVs to be launched and—the tricky part—recovered. Despite the challenges, however, the scientists are very optimistic that they can locate the wreck, mainly because the skipper aboard the Endurance, Frank Worsely, recorded the precise coordinates of the spot where the ship sank. The researchers are expecting to find Endurance largely intact because the extremely cold water is devoid of the organisms that would normally consume such a wooden vessel. 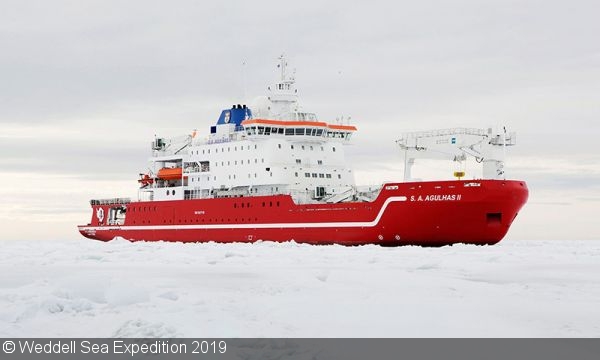 S.A. Agulhas II, the research vessel from which robotic vehicles have been launched to locate Endurance 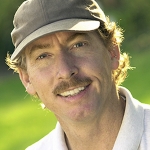