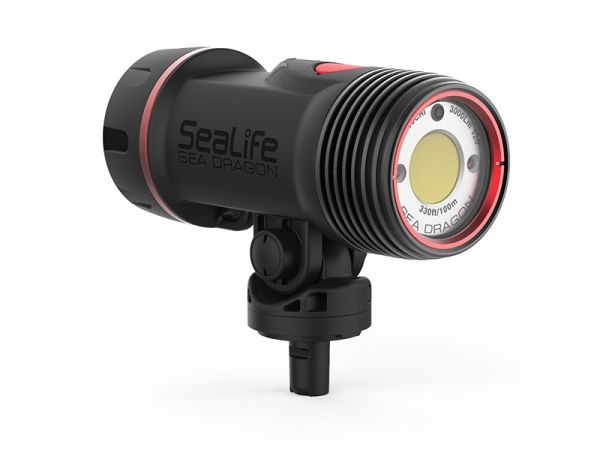 The first of two new photo/video lights unveiled at DEMA this year, SeaLife’s Sea Dragon 3000F delivers 3,000 lumens with a wide beam angle of 120 degrees (90 degrees underwater). The light features a COB LED array with a color rendering index (CRI) of 80 and a color temperature of 5000K.

The Sea Dragon 3000F has three manual power settings (100%, 50% or 25%) and an automatic mode that adjusts brightness from 10% to 100% according to the subject distance. The light also features two 180-lumen red LEDs designed to assist your camera’s autofocus when shooting with strobes; the red LEDs automatically switch off momentarily when a flash is detected. The fully charged lithium-ion rechargeable battery powers the light at full power for an hour.

MOORESTOWN, NJ – The new Sea Dragon 3000F is the most powerful photo-video light in its size/weight class, delivering 3000 lumens in an even 120° wide beam. The 3000 features SeaLife’s Auto Brightness, Flash Detect and two red LED’s for night diving. 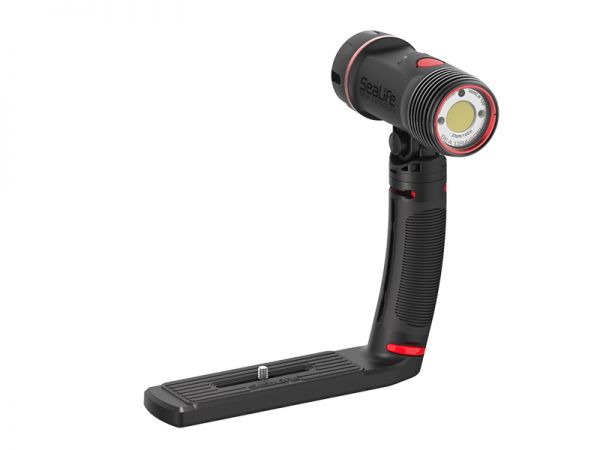 The latest generation Bridgelux COB LED array emits a warm 5000K color temperature and 80 CRI (color rendering index) adding vibrant colors and brightness to your underwater pictures and videos. The warm color and lumen performance is especially important when shooting underwater with today’s sophisticated digital cameras that by design function best in natural sunlight. Whether shooting still images or videos with an action camera or DSLR camera, or a dedicated underwater camera like the SeaLife DC2000, the Sea Dragon 3000F adds the warmth and brightness for vibrant and colorful images.

The Sea Dragon 3000F (The “F” stands for Flood beam) brightness can be adjusted manually or automatically with its built-in photocell light sensor. The Auto Bright mode automatically adjusts from 300 to 3000 lumens based on proximity to the subject, helping to preserve your eye’s natural night vision and extending battery life. The light can also be manually adjusted to 100%, 50% or 25% brightness.

Two integrated 180-lumen red LED’s cast an 88° beam. At night or in caves or shadows, the red LED’s preserve your eyes natural low light function; allowing you to see gauges and your surroundings, at the same time the red LED’s do not frighten fish like skittish reef fishes that disappear from bright underwater LED lights. The red LED’s are powerful enough to assist the camera’s auto focus and will turn off for 1 second when a Strobe/Flash is fired.

Part of the Sea Dragon’s impressive performance is its powerful 25W Li-ion rechargeable battery pack that runs the light for 60 minutes at full power. Regulated circuitry maintains 3000 lumens throughout the battery life, unlike other lights that dim as battery power is used. The light also includes a battery charger, 3 international plug adapters and a protective travel case (Case included with item SL678, and Sea Dragon Duo Set, item SL691)

For even wider and more impressive area coverage, SeaLife will offer the Duo 6000 Light Set, which includes two of the 3000 lumen lights on two grips attached to a dual tray and packed into a padded, protective travel case that can also accommodate a camera. 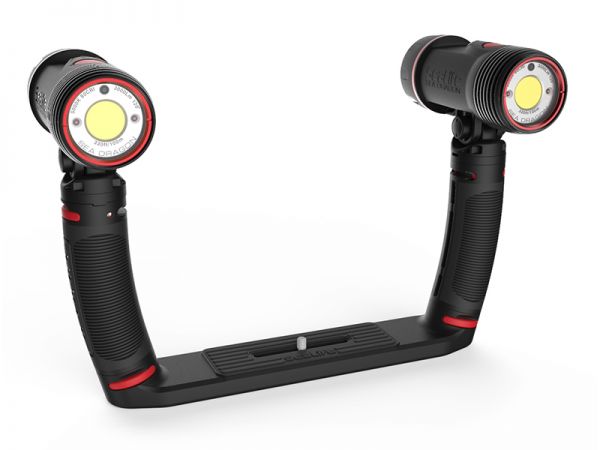 The Sea Dragon 3000F underwater COB LED light will begin shipping in November 2018 in time for the holiday season. 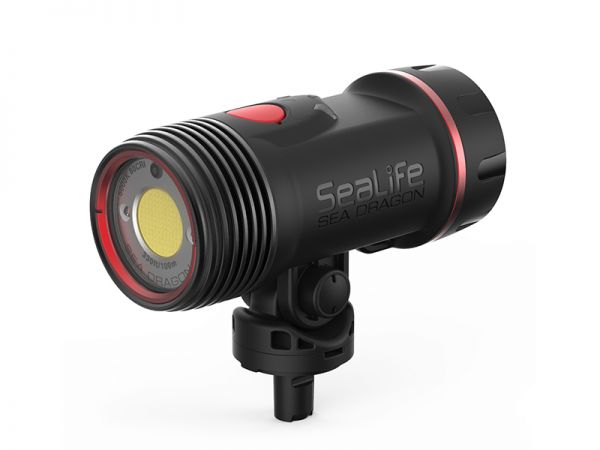