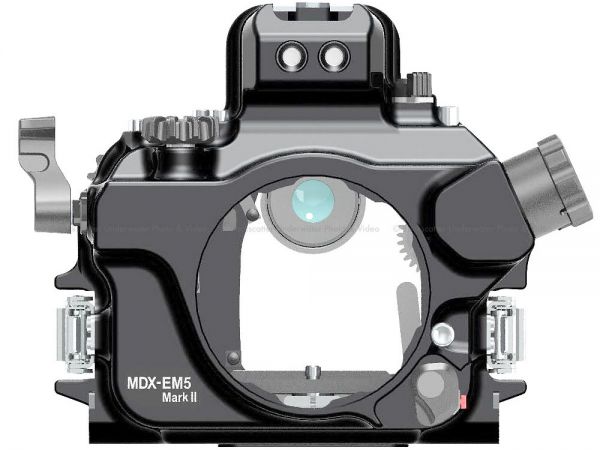 Sea & Sea has released a sneak peek detailing their upcoming housing for the Olympus OM-D E-M5 Mk II mirorrless camera. With an aluminum construction, the MDX-EM5 MkII comes with many of the features seen on the company’s DSLR housings, such as external port locks and an optional leak detector.

There’s also redesigned controls with improved ergonomic performance, including a movable focus and zoom gear. The housing is expected to be available for purchase in August 2015, although pricing details have yet to be announced.

More information can be found in the press release below or on the Sea & Sea website.

Pascal Erno wrote:
looks nice !
You must be logged in to comment.
Support Our Sponsors
Advertise With Us
Newsletter
Travel with us