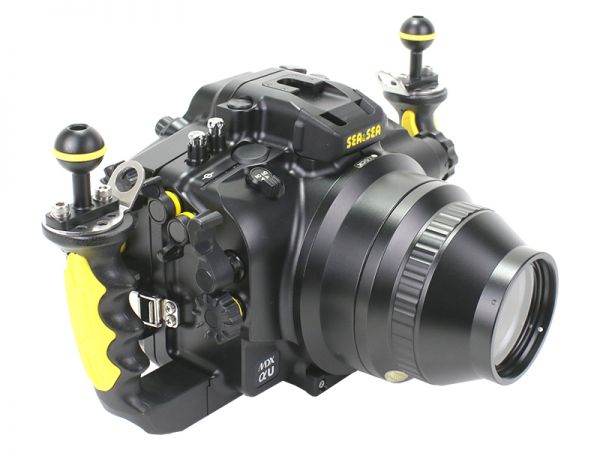 Sea&Sea has announced a new housing offering “universal compatibility” with the current full-frame cameras in Sony’s Alpha series. According to Sea&Sea, the MDX-αU supports the “entry-level” a7 Mark IV, “high-resolution” a7R Mark IV, “video-centric” a7S Mark III, “pro sports” a9 Mark II, and “8K-capable” a1. The company says the housing is “a sustainable design that can be used with new cameras in the future with minimal parts replacement.” As a result of the “universal” design, initial mounting of the camera is a little more involved, there are some functional limitations that require workarounds, and optional additional kits are needed to enhance compatibility with certain models. (See the product information below for more details.)

The new “future-oriented” housing looks very similar to Sea&Sea’s dedicated a7R Mark IV housing—including the eye-catching yellow accents—but it boasts a number of improvements. First, the housing features a much larger acrylic back panel, which reduces weight and aims to provide better visibility of the LCD. Second, there’s a new fiber-optic cable cover, which is designed to protect the connectors and prevent them from falling out. Third, the company’s Leak Alarm Unit is now included as standard equipment rather than as an option. Also, unusually for the Japanese company, the housing is available in a silver finish as well as the tradtional black.

The MDX-αU supports fiber-optic connectivity with compatible Sea&Sea YS strobes in TTL or manual modes via the optional Optical YS Converter S1 or Manual Flash Trigger, respectively. If you trigger your YS strobes via sync cords, you also have the option of an electrical connection.

Consult your local dealer for pricing and availability. Backscatter is currently taking pre-orders. 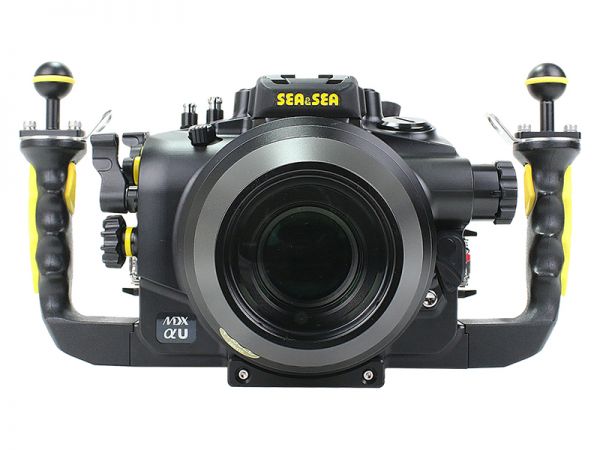 Universal design for the future. The back panel is designed to be large

The back acrylic panel is more than twice as large as before to improve visibility of the monitor and reduce the underwater weight. Furthermore, it is a sustainable design that can be used with new cameras in the future with minimal parts replacement. 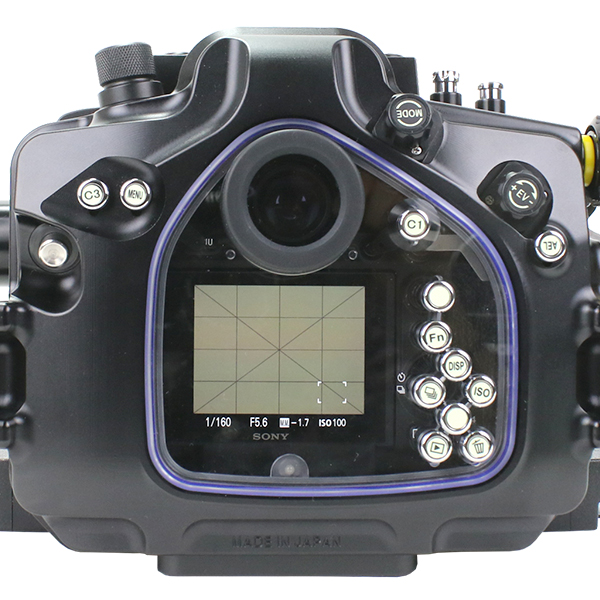 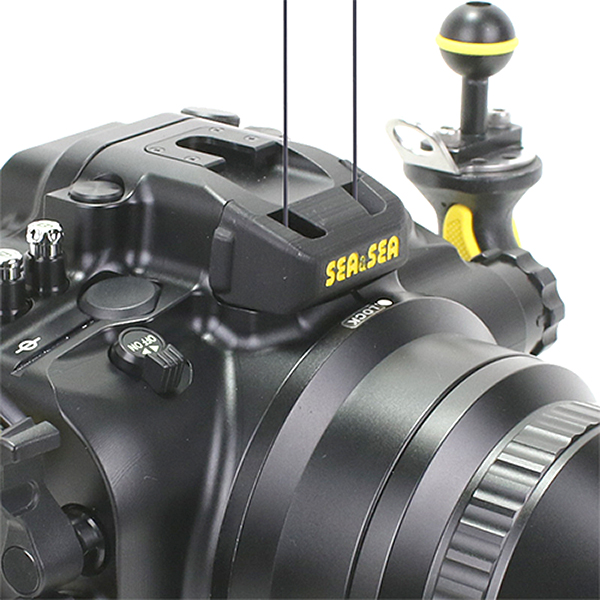 The Leak Alarm Unit, which was previously available as an option, is now included as standard equipment. It is effective not only for early detection of underwater flooding accidents, but also for protection of equipment by checking its waterproof performance before entry. CR2032 lithium battery included. 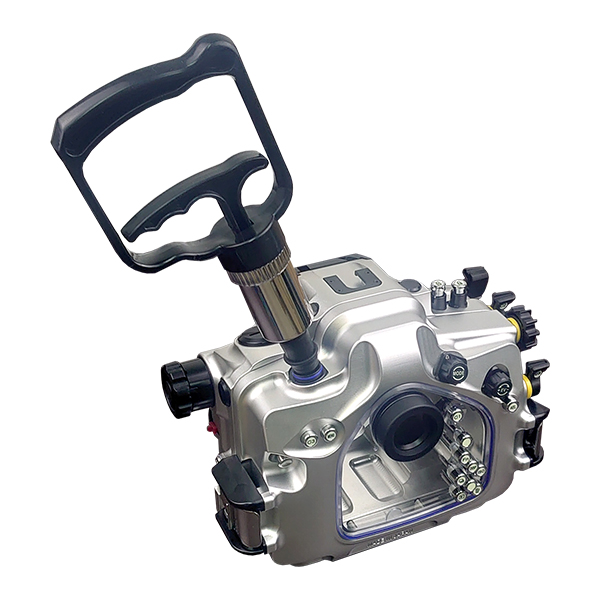 Compatible with SEA&SEA “Optical YS Converter S1” which converts the strobe light emission signal of the camera to LED light and synchronizes with the SEA&SEA YS strobe. It is a high-performance converter that does not just emit simple light-emitting signals, but also performs TTL auto light control. 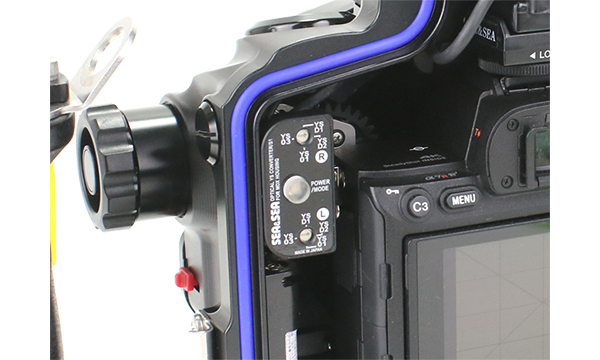 For those who do not need TTL photography, the fiber-optic cable connection enables manual firing of the YS strobe. 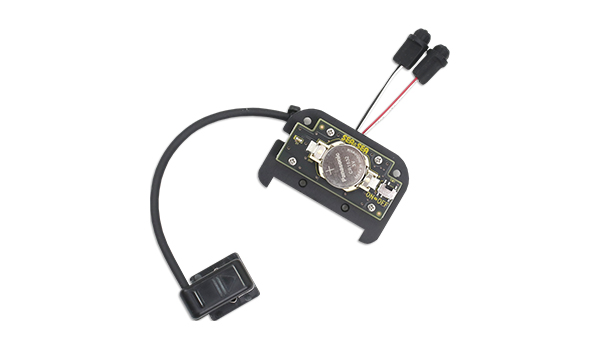 YS strobes can be electrically connected with a sync cord. 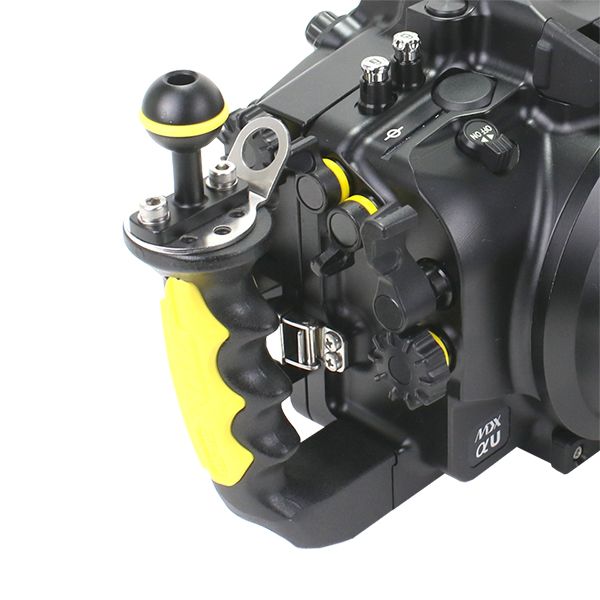 Common to all models 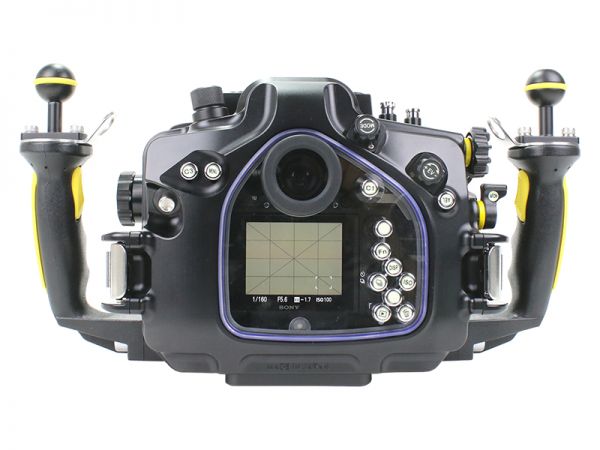 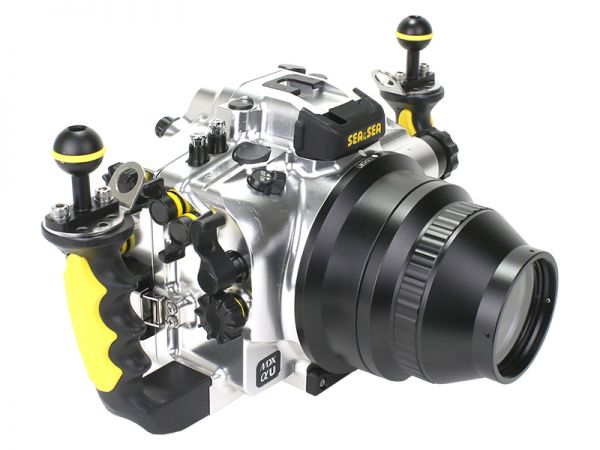 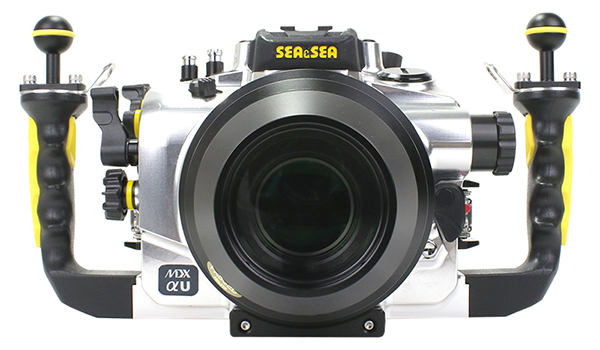 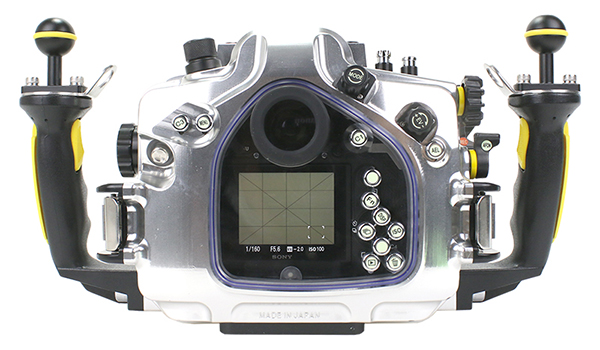