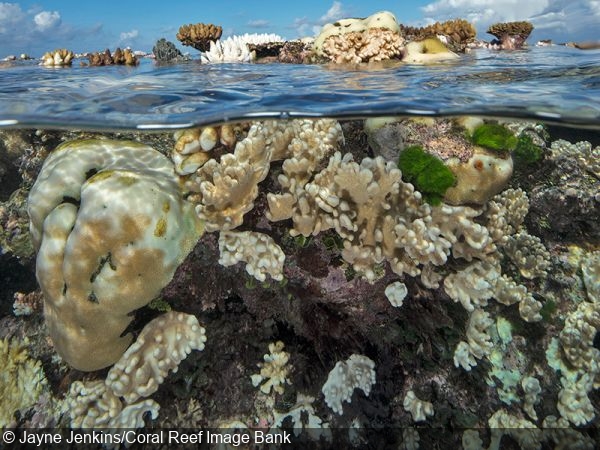 Researchers in Australia have published work showing that they have found a way to make corals more resistant to warmer water, giving hope that the mass bleaching events that have devastated reefs in recent years can be avoided in the future. Bleaching occurs when the tiny algae living in the coral’s tissues (zooxanthellae) are expelled due to stresses such as increased sea temperatures. Without the algae, which supply most of the coral’s energy, the reef begins to starve and may not recover if elevated temperatures persist.

The researchers—from the Commonwealth Scientific and Industrial Research Organisation (CSIRO), University of Melbourne, and Australian Institute of Marine Science—have grown more heat-tolerant microalgae in the lab, and have found that corals injected with the new strains fare better in warmer water. To encourage the lab-grown microalgae to adapt to warmer conditions, they were exposed to increasingly higher water temperatures over a period of some four years.

“We found that the heat-tolerant microalgae are better at photosynthesis and improve the heat response of the coral animal,” said Prof. Madeleine van Oppen, who is guiding the research. “These exciting findings show that the microalgae and the coral are in direct communication with each other.” The researchers plan to test the heat-resistant strains of microalgae with a range of coral species.

A mass bleaching event hit Australia’s Great Barrier Reef in earlier this year, the third such event in the last five years following die-offs in 2016 and 2017.