While Samsung isn't a major player in the underwater market, they have announced many new imaging products at CES, a few which are very innovative and newsworthy.

Of all the photography related products Samsung released, and there were a lot of them,  the NX10  was the most interesting to me. The NX10 is a "hybrid DSLR"  with a APS-C size 14.6 CMOS sensor with a mirrorless interchangeable lens.  As Mr. SJ Park, CEO of Samsung Digital Imaging Company, says "with specialist equipment open to everyone and no longer restricted solely to the professional, more and more people want to capture something creative and tell a story through their camera – but they also want something compact that they can carry around with them all day." 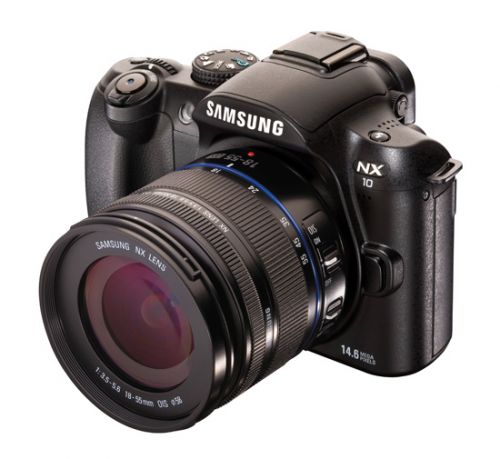 That's why the Panasonic and Olympus micro four-thirds cameras took the industry by storm.  With the NX10 you also get a 3.0" AMOLED screen, which helps to view images in bright sunlight, and the ability to shoot HD movies.  The HD movie option is pretty standard nowadays, but I really like the AMOLED screen. According to Samsung,  other than better viewing in the sun, "the category leading screen also provides 10,000 times faster response rate than conventional LCDs, has a far lower power consumption and higher contrast ratio – 10,000:1 vs. 500:1." 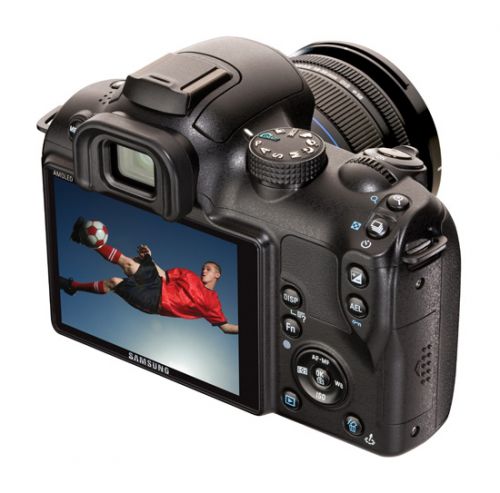 Because of the smaller size, lenses will require an NX mount, which means you have to buy your lenses all over again. Additionally, the system is slightly larger than the micro four-thirds options available from Olympus and Panasonic.  Price has not been released yet, but I am hoping it will be cheaper than the four-thirds models, otherwise the NX10 is really banking on the AMOLED screen as its main selling point. A nice product from Samsung, especially if it can price itself cheaper than the competition.