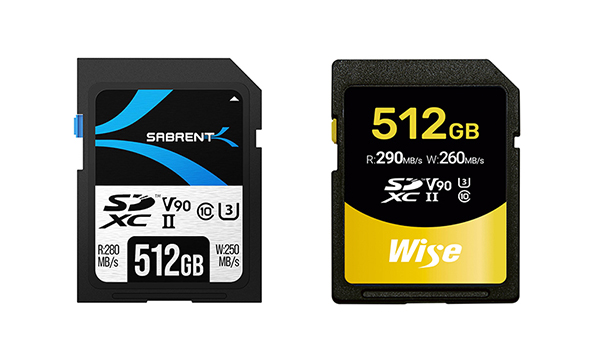 The wait for 512GB V90 UHS-II SD cards is over! In recent days, Sabrent and Wise have each unveiled a 512GB V90 Class 10 SDXC memory card, doubling the maximum capacity of similar cards offered by other manufacturers. The V90 rating ensures that the cards can achieve at least 90MB/s sustained speeds.

Both cards have been promised to be on shelves from next month.