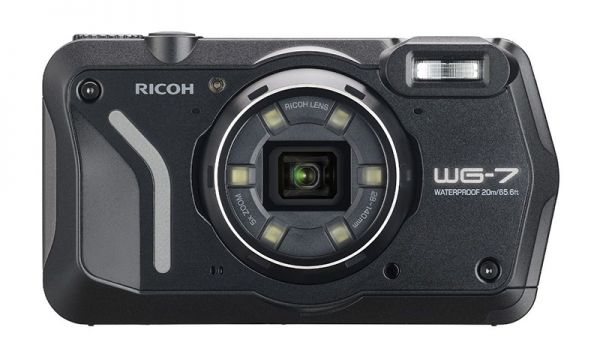 Ricoh has announced the WG-7 rugged compact camera for the Japanese market. However, its predecessor, the WG-6, became available internationally, so there’s every chance that this new model will too.

The WG-7 has plenty in common with the model that came before it. As well as being dust-proof and freeze-proof down to 14°F/–10°C, the “high-grade” tough camera can survive drops of up to 2.1m (6.9ft), sustain up to 100 kilograms (about 220 pounds) of force, and is also waterproof down to 65ft/20m. Keep in mind, however, that like its predecessor, the WG-7 can only cope with being submerged for up to two hours.

In fact, you may be wondering what exactly has changed in the new model? Well, from what we can gather, two things: One, instead of being offered in black or yellow, it now comes in black or red. Two, it’s now possible to use the camera as a webcam. So, yes, after your snorkeling adventure, you can hook up to Zoom, Skype or Facebook Messenger (plus a few others), and tell your buddies how awesome it all was…

RICOH WG-7: A waterproof compact digital camera capable of continuous 2 hours of underwater photography at a depth of 20m
High-grade model with a new webcam function that can also use high-intensity ring lights

Ricoh Imaging Co., Ltd. (President: Shinobu Takahashi) has made it possible to use it as a new Web camera in addition to its well-established high waterproof performance, and it can be used not only outdoors but also in everyday business scenes. We are pleased to announce the release of the high-grade model “RICOH WG-7” of digital cameras. 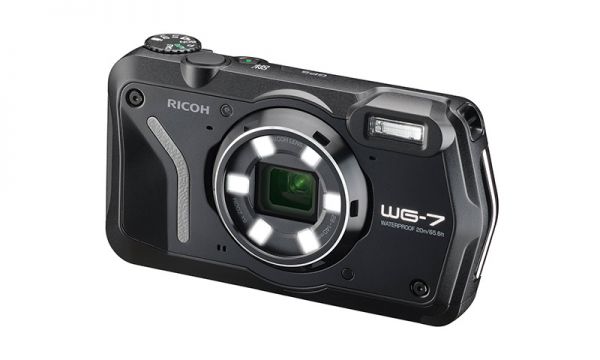 This product is a high-grade model with the highest toughness performance of the waterproof compact digital camera “WG” series, such as waterproof performance at a depth of 20m, drop impact resistance from a height of 2.1m, and cold resistance at –10°C. You can enjoy ultra-high-definition still images with 20 million effective pixels and high-quality video with 4K resolution even in harsh environments, and you can also record location information on images taken with the built-in GPS unit and log recording when moving. In addition, it has a new function that can be used as a high-quality Web camera by connecting to a PC, and it is very handy due to the built-in large-light variable ring light and the shortest 1cm close-up shooting function, as well as the display of participating users during a Web conference. It is easy to take magnified shots of small parts while illuminating them brightly, and explain and display them online. 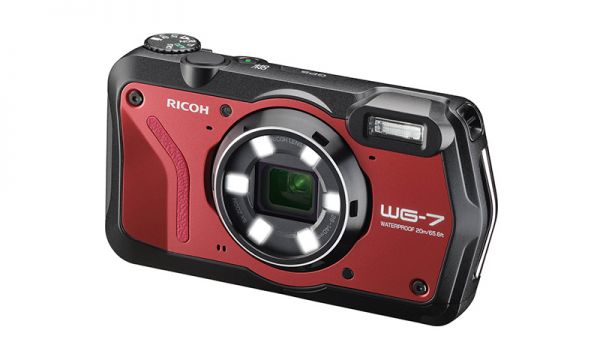