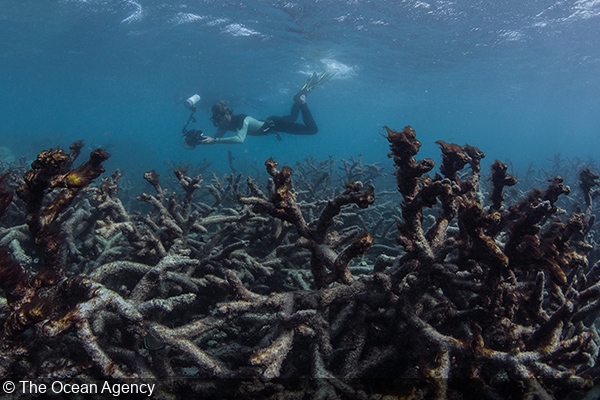 A new report by an international coalition of scientists led by Boston College’s Global Observatory on Pollution on Health and the Centre Scientifique de Monaco asserts that ocean pollution is widespread and worsening, putting the health of more than three billion people at risk—particularly coastal fishing communities, people on small island nations, indigenous populations, and people in the High Arctic.

The first comprehensive study on the impacts of ocean pollution on human health, the report was published in Annals of Global Health and released at the Monaco International Symposium on Human Health and the Ocean in a Changing World, convened in Monaco and online. The findings are drawn from nearly 600 scientific reports.

“Simply put: Ocean pollution is a major global problem, it is growing, and it directly affects human health,” says Professor Philip Landrigan, Director of the Observatory and of Boston College’s Global Public Health and the Common Good Program. “People have heard about plastic pollution in the oceans, but that is only part of it. Research shows the oceans are being fouled by a complex stew of toxins including mercury, pesticides, industrial chemicals, petroleum wastes, agricultural runoff, and manufactured chemicals embedded in plastic. These toxic materials in the ocean get into people, mainly by eating contaminated seafood.”

The study was released in tandem with the “Declaration of Monaco: Advancing Human Health & Well-Being by Preventing Ocean Pollution,” which was read at the closing session of the symposium. The declaration summarizes the key recommendations of the Monaco Commission on Human Health and Ocean Pollution: rapid transitioning from fossil fuels to renewable energy; preventing mercury pollution by eliminating coal combustion and controlling industrial uses of mercury; ending plastic pollution by reducing production and imposing a global ban on single-use plastic; promoting effective waste management and recycling; reducing agricultural and industrial discharges, and releases o f human sewage; and creating, expanding and safeguarding marine protected areas. 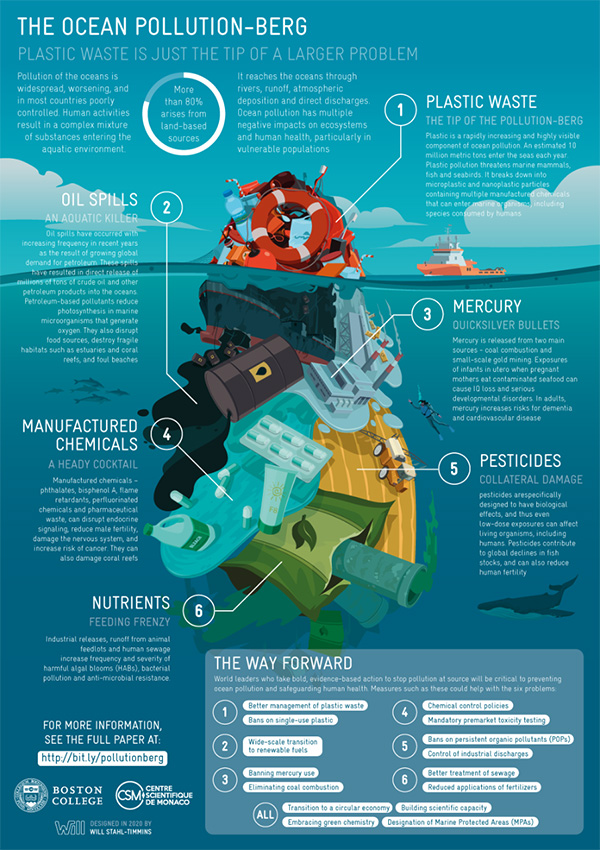