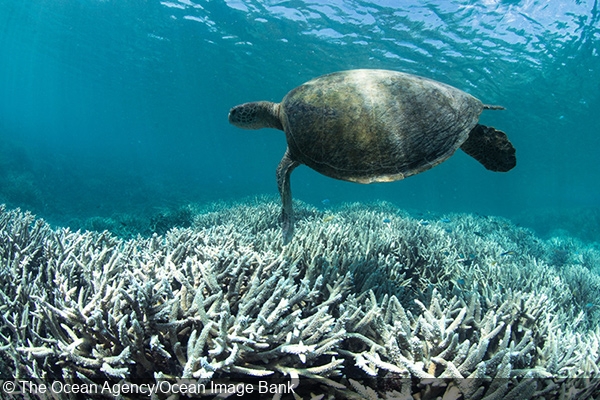 According to a report produced by the Global Coral Reef Monitoring Network (GCRMN), elevated sea temperatures are responsible for the loss of approximately 14 percent of the world’s coral since 2009.

The sixth edition of the Status of Coral Reefs of the World report is the first since 2008, and the first based on the quantitative analysis of a global dataset compiled from raw monitoring data contributed by more than 300 scientific groups. The global dataset spans more than 40 years from 1978 to 2019 and comprises almost two million observations from more than 12,000 sites in 73 reef-bearing countries around the world.

“This study is the most detailed analysis to date on the state of the world’s coral reefs, and the news is mixed,” says Dr Paul Hardisty, CEO of the Australian Institute of Marine Science. “There are clearly unsettling trends toward coral loss, and we can expect these to continue as warming persists. Despite this, some reefs have shown a remarkable ability to bounce back, which offers hope for the future recovery of degraded reefs. A clear message from the study is that climate change is the biggest threat to the world’s reefs, and we must all do our part by urgently curbing global greenhouse gas emissions and mitigating local pressures.”

While reefs cover just 0.2 percent of the ocean floor, they are home to at least a quarter of all marine species. It is estimated that hundreds of millions of people around the world depend on reefs for food, jobs and protection from storms and erosion.