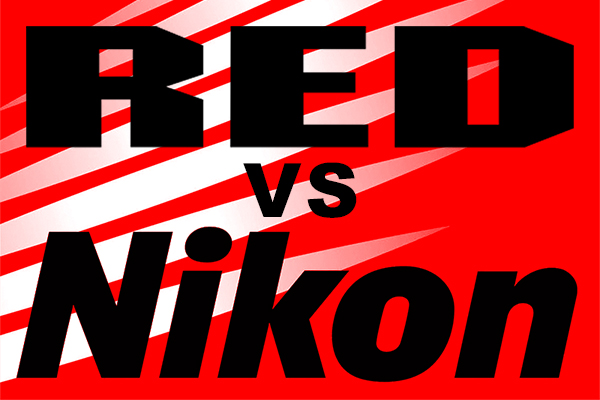 When Nikon released firmware version 2.0 for the Z9 back in April, there was much excitement around the camera’s newly acquired ability to record in N-RAW, Nikon’s compressed 12-bit RAW format, which promised files of “half the size” of their equivalent in ProRes RAW—with no loss of quality. Now, pro cinema camera maker RED are claiming it’s their data compression technology that Nikon illegally copied—and they’re suing.

The lawsuit, which was filed in a southern California federal court on May 25th, asserts that the Japanese company and its U.S. subsidiaries have illegally infringed on no fewer than seven patents relating to compressing video data in a “visually lossless manner.” RED details the type of patented compression that the Z9 uses:

The camera can be configured to transform blue and red image data in a manner that enhances the compressibility of the data. The data can then be compressed and stored in this form. This allows a user to reconstruct the red and blue data to obtain the original raw data for a modified version of the original raw data that is visually lossless when demosaiced. Additionally, the data can be processed so the green image elements are demosaiced first, and then the red and blue elements are reconstructed based on values of the demosaiced green image elements.

Interestingly, the Z9’s high-efficiency compression is a result of Nikon’s partnership with intoPIX, whose RAW recording codec TicoRAW is integrated into the full-frame mirrorless camera. While RED is suggesting the Z9 records internal RAW similarly to how RED’s patented scheme works, it’s going after Nikon rather than intoPIX. Plus, it’s all complicated by the fact that intoPIX has also patented TicoRAW. The filing seeks damages and/or royalties for the alleged infringement as well as an injunction barring Nikon from further infringement. But since the firmware update has already been available for more than a month, removing the compression feature completely would be all but impossible—even if Nikon agreed to do that.

Presumably, if this goes to court, it won’t be nearly as fun as Depp vs Heard, but let’s hope it’s more civilized, and RED and Nikon eventually make nice—we do rather dig the Z9’s compact 8K video files, and it would be a shame to see the feature go. Needless to say, keep an eye on DPG to find out what happens!