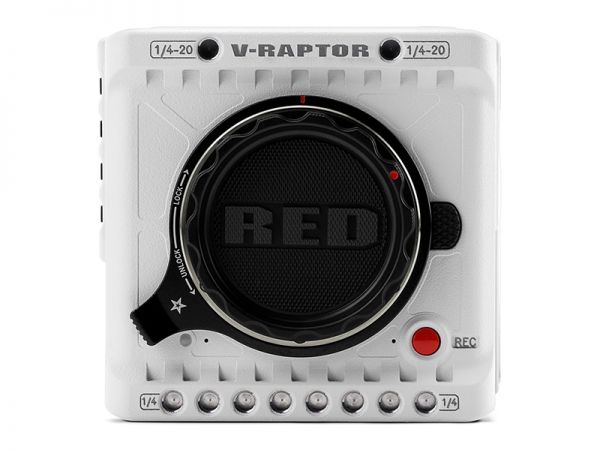 RED has unveiled its newest flagship 8K cinema camera, the V-Raptor ST, housed in a new modular body called DSMC3, which features an adaptable Canon RF lens mount like that found on the RED Komodo 6K. The V-Raptor is capable of recording up to 8K/120p and capturing over 17 stops of dynamic range. Like the Komodo, the camera features “phase detect autofocus” (PDAF). 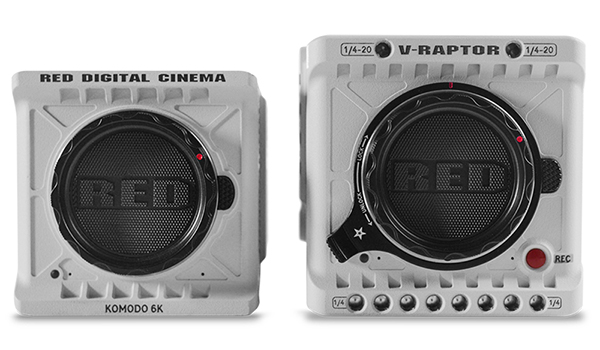 Aluminum alloy is used for the body, and the camera initially launches in a limited run of white versions, with black versions shipping in the fall. There’s an integrated 2.4-inch LCD display for navigating menus and the camera can also be controlled wirelessly or via USB-C with an Android or iOS device. As well as a DC-IN connection, the V-Raptor comes with a V-Lock battery interface designed for REDVOLT Micro-V battery packs. There are two 4K 12G-SDI outputs and an XLR audio interface, and the camera can transmit a 1080p live preview over Wi-Fi. 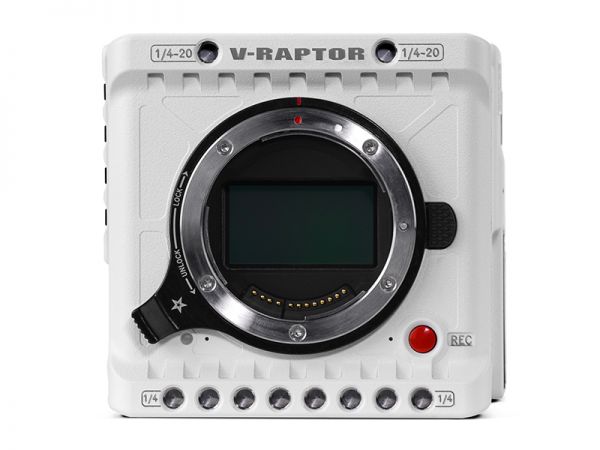 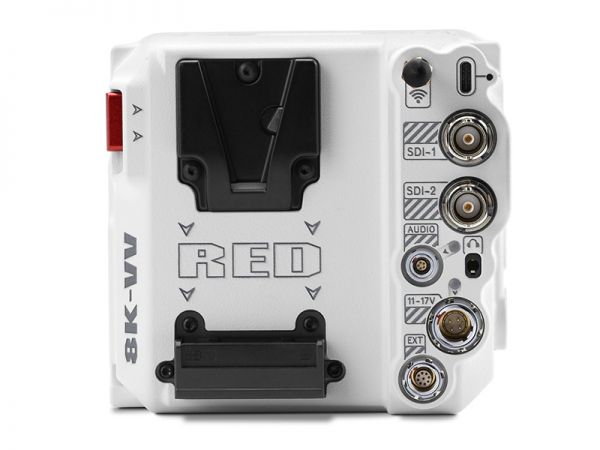 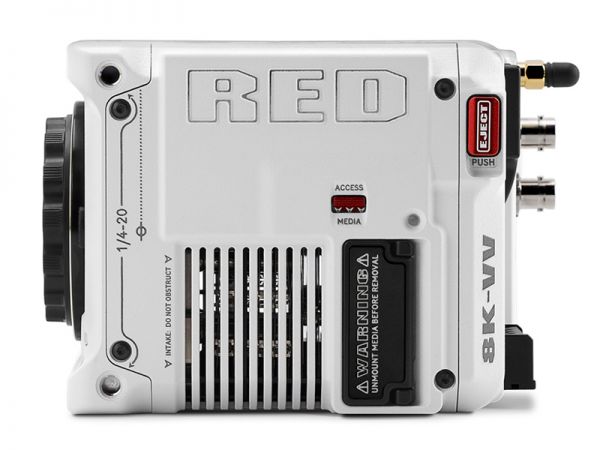 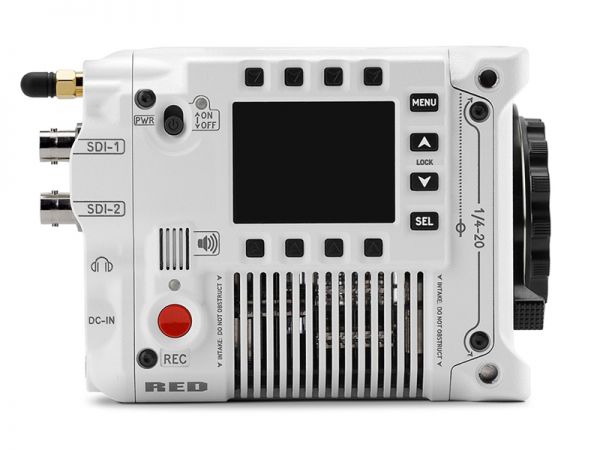