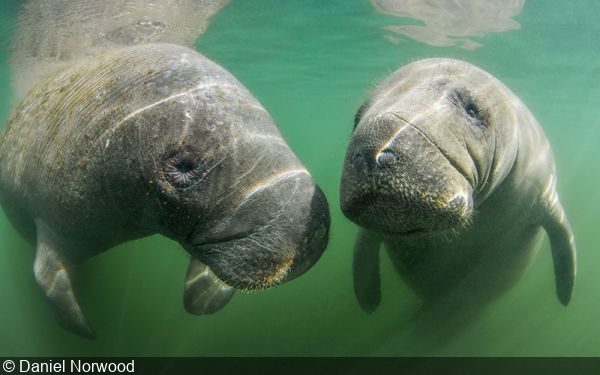 According to the Florida Fish and Wildlife Conservation Commission, more manatees have died so far this year than any other year in Florida’s history. Shockingly, 841 animals have perished through July 2nd, breaking the previous record of 830 deaths that were recorded in all of 2013, following a red tide outbreak.

“Unprecedented manatee mortality due to starvation was documented on the Atlantic coast this past winter and spring,” wrote Florida’s Fish and Wildlife Research Institute (FWRI), announcing the news on Friday. “Most deaths occurred during the colder months when manatees migrated to and through the Indian River Lagoon, where the majority of seagrass has died off.”

In late spring, the number of deaths had been trending downwards, but it has been on the rise again in recent months as temperatures have warmed and more boats have been out on the water: Some 63 manatees have been struck and killed by boats so far this year. According to the FWRI, boat strikes again became the leading cause of death for manatees in June.

Collisions with boats aside, the cause of the unprecedented mortality is currently being investigated, but many scientists are pointing the finger at declining water quality—caused by factors such as development, septic systems, storm water runoff and warming temperatures due to climate change—for destroying the seagrass beds on which these sea cows graze.