Protest The Turtle Slaughter In Bali
By Jason Heller, March 13, 2008 @ 02:00 AM (EST)
You may recognize the name Kurt Amsler as one of the foremost professional underwater photographers in Europe. His images have graced the pages of magazines the world over, and he is featured in our PRO galleries. You may also remember a story we covered last year about his SOS Sea Turtles organization, which has been working very hard to end the long standing illegal Sea Turtle trade in Bali Indonesia. Kurt has made this his mission, and has been working closely with local NGO’s and the government to end this horrendous trade for good. 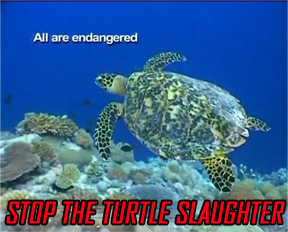 But he needs our help! We need to send a clear message to the Balinese and Indonesian governments that we will not tolerate this and that we demand that they end this forever. We as divers and underwater photographers support Indonesia through our tourism dollars, and although the government has taken some steps to curb the trade, it is not enough to stop it.

DivePhotoGuide is a strong supporter of the SOS Sea Turtle campaign, and we ask you our loyal readers, as champions of the ocean and its inhabitants to sign the petition to let the Indonesia government know that we want this stopped, forever.

Please take 5 minutes to watch a short video and sign the petition. 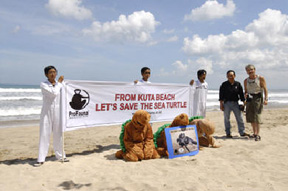 You can read about the success that the program has already acheived in curbing the trade and capturing some of the major "turtle mafia" offenders.

“The Island of Bali in Indonesia has been the hub of the sea turtle trade for two decades. The buyers of turtle meat, shells and eggs are mainly found in the Asian markets as well as in Indonesia itself. Turtle meat and eggs are not going to feed the poor, instead they are a privilege of affluent societies. Turtle shell is being used for jewelry and ornaments, all unnecessary objects, for which hundreds of thousands of turtles have to lose their lives. 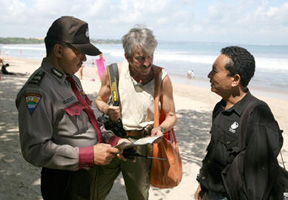 All eight species of sea turtles are threatened with extinction and therefore strictly protected by CITES, the Convention of International Trade of Endangered Species. Nevertheless, the number of animals - who have inhabited our oceans for over 150 million years - is constantly declining. Until four years ago, in Bali alone, an average of 25,000 sea turtles a year were brutally cut out of their shells alive! As a result of several action and campaigns by Indonesian and European animal welfare organizations, this number has dropped to around 3000 a year.

However, in view of sea turtles being threatened with extinction, every single life is important in order to preserve the population.”

Again, please take the time as a diver and a supporter of life in our oceans to sign the petition, it’s the least we can do!