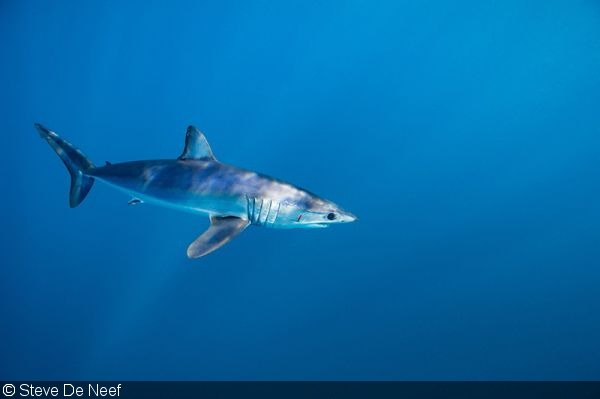 The future of various shark and ray species are currently being debated at the 18th Convention on International Trade in Endangered Species of Wild Fauna and Flora (CITES) Conference of the Parties (CoP), which began on August 17th in Geneva, Switzerland, and concludes on August 28th.

The proposed listing on CITES Appendix II, which provides a framework for regulating international trade, includes some 18 species of sharks and rays—longfin and shortfin mako sharks (Isurus oxyrinchus and Isurus paucus), six species of giant guitarfishes, and 10 species of wedgefishes. According to a recent study, demand for meat and fins is partly to blame for the decline of both species of makos by around 90 percent in the Atlantic over the last 75 years.

“Placing these shark and ray species on Appendix II will help make international trade in these species easier to regulate and ultimately more sustainable,” said Luke Warwick, Associate Director of the Wildlife Conservation Society’s Shark and Ray Conservation Program. “We still have much work to do in saving these ancient predators, but the growing movement to safeguard sharks and rays gives us hope for ensuring functional marine ecosystems for the future.”