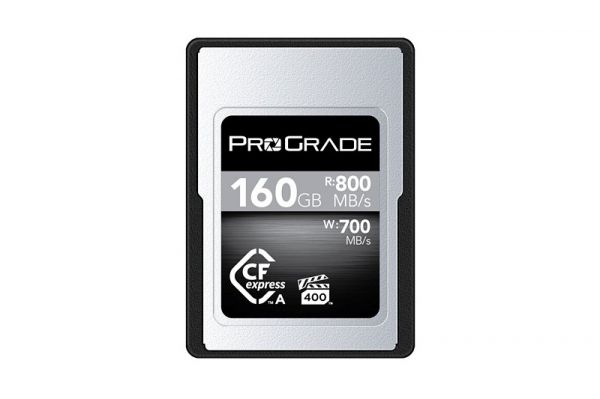 When Sony released its long-awaited videocentric Alpha 7 series camera, the a7S III, you might have missed a small but not insignificant detail: It was the world’s first camera to support CFexpress Type A cards—in two special memory slots that also support the ubiquitous SD card. Alongside the a7S III, the Japanese company also launched the first-ever CFexpress Type A cards, boasting write speeds as high as 700MB/s and read speeds up to 800MB/s.

And no, we’re not talking about the CFexpress Type B cards supported by cameras like the Canon EOS R5 and Nikon Z7 II. There are actually three CFexpress types using the same PCI express Gen3 interface and NVMe 1.3 technology, which differ in the number of available PCIe data transfer lanes: Type A cards have one PCIe lane for a maximum 1GB/s bandwidth, Type B have two lanes for up to 2GB/s, and Type C offer four lanes for a theoretical top speed of 4GB/s. That makes even Type A cards potentially around three times faster than the fastest SD cards.

Well over a year later, enter ProGrade, which has announced the first alternative to Sony’s cards: the CFexpress Type A Cobalt (160GB), offering the same maximum read and write speeds of 800MB/s and 700MB/s, respectively. ProGrade claims a sustained write speed of up to 400MB/s. Those specs should make the card easily capable of recording up to 8K/30p 10-bit 4:2:2 video, or 4K/120p 10-bit 4:2:2, in the case of the a7S III.

You can preorder the CFexpress Type A Cobalt (160GB) from ProGrade’s online shop for $330.