Panasonic Corporation, a world leader in High Definition technology, announced at NAB 2009 last week that it will start developing a professional 3D Full HD production system. The system, which is expected to be the first of its kind in the industry, consists of a twin-lens P2 professional camera recorder and a 3D-compatible High Definition Plasma display. 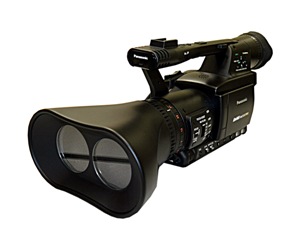 Production of 3D movies requires a great deal of time and effort. With the new 3D production system, which can enable an easier and more efficient 3D production process and environment, Panasonic will contribute to accelerating the realization of easier high-quality 3D content production.

At present, 3D content producers have to hand-build their own 3D production systems by physically connecting multiple 2D production devices. Panasonic is now starting to work on developing a twin-lens, 3D camera system. Also, Panasonic’s Plasma displays have been used in many post-production facilities in Hollywood, thanks to their high-quality imaging performance, which has been endorsed by leading Hollywood professionals. Technologies and expertise obtained from their use in post-production has enabled Panasonic to further develop high-quality 3D viewing performance in its Plasma technologies. As a result of this process, Panasonic’s 3D Plasma display system will help 3D content producers to quickly and easily evaluate the image quality of 3D content.' 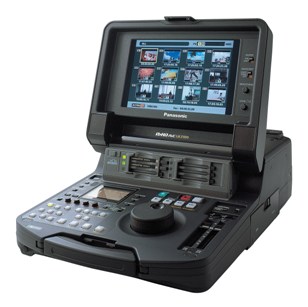 Each component of Panasonic’s innovative 3D Full HD production system has unique features. The twin-lens P2 camera recorder enables the capturing of natural and high-quality live 3D images. Thanks to the non-mechanical solid-state construction of the P2 system, the camera recorder will be compact enough to allow more flexible 3D shooting, thereby maximizing the creativity of the filmmakers by eliminating the stress factor from the use of the equipment.

“Panasonic is continuing its efforts to enable consumers to enjoy 3D movies in the comfort of their own living rooms with its 3D Full HD Plasma Home Theater System, which incorporates a Plasma HDTV and a Blu-ray Disc player,” said Dr. Paul Liao, Chief Technology Officer of Panasonic Corporation of North America. “The professional 3D Full HD image production system we are going to develop will improve the 3D production environment and accelerate creation of 3D titles.” 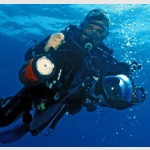