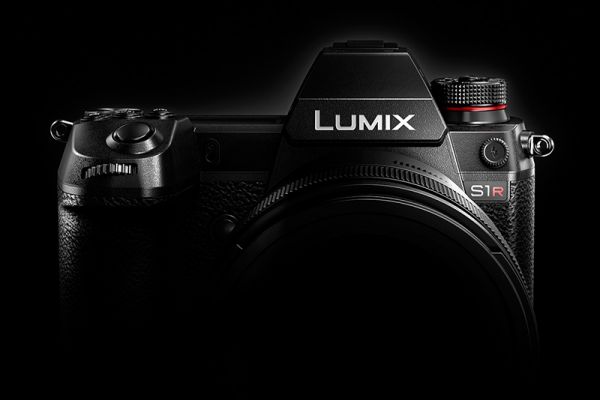 Panasonic used the Consumer Electronics Show (CES) in Las Vegas to announce the shipping date of its forthcoming Lumix S1 and S1R full-frame mirrorless cameras—end-March—and revealed that both cameras will offer two new features: a high dynamic range mode and a high-resolution mode.

The HLG Photo Mode captures photos with high dynamic range by employing the Hybrid Log Gamma profile, storing the images as HSP files that can be viewed on devices like Panasonic’s own HLG-compliant 4K TV. Like Fujifilm and Sony, Panasonic are sensibly making use of the increasingly widespread HLG standard, which is used, for example, by the BBC.

The high-resolution mode uses the camera’s sensor-shift image stabilizer to move the sensor very slightly and capture eight separate exposures. These are then combined, with some processing trickery, into a highly detailed single image. While the feature seems to be designed for scenes without movement, Panasonic’s press release mentions an option to “suppress motion blur” to handle situations where there are moving subjects.

HLG Photo allows images to be shot with a wider dynamic range. By reproducing both glaring lights and dark shadows that are likely to be overexposed or underexposed, the Lumix S achieves rich, precise color expression as close as possible to visual memory.

HLG Photos are produced as an HSP file. The user can play back these vibrant images on the latest Panasonic HLG-compliant 4KTV via HDMI cable connection or other HLG-compliant devices. It is also ideal for photographers’ photo presentations.

Taking advantage of the Body Image Stabilizer. (I.S.) mechanism, eight consecutive images are automatically shot while shifting the sensor. These eight images are synthesized into a single image by the new Venus Engine, which boasts high-speed signal processing. Precise details are faithfully reproduced to be saved as a beautiful, highly realistic image. This mode is ideal for shooting natural landscapes or fine art objects with delicate details.

Considering situations where moving subjects are included in the scene, sub options are available to suppress motion blur, so photographers can use this mode the same as shooting in a normal photo shooting mode.