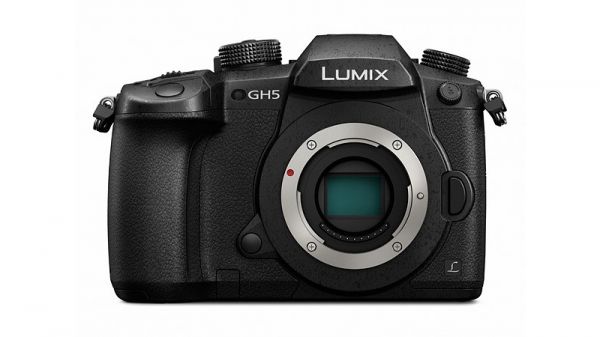 After giving a tantalizing taster of the successor to its popular GH4 at Photokina way back in September, Panasonic has finally formally launched the highly anticipated Lumix DC-GH5 at CES 2017. With significant upgrades across the board, the new flagship Micro Four Thirds mirrorless promises to be an exciting prospect for both photographers and videographers.

Boasting a new, bigger weather-sealed magnesium alloy body with five-axis in-body image stabilization, the GH5 is built around a 20.3-megapixel Live MOS sensor with no optical low-pass filter as well as a new Venus Engine processor. According to Panasonic, the updated Depth from Defocus autofocus system is twice as fast as on the GH4, with 225 selectable focus points compared to the 49 points on the GH4. The result is a continuous shooting capability of 9fps with autofocus, or 12fps with locked focus, and improved tracking.

As with its predecessor, Panasonic has concentrated its efforts on making the GH5 a powerhouse video capture tool, with the ability to record 4K video using the full sensor width and with no time constraints. UHD 4K video at up to 60p, and DCI 4K at up to 48p, can be recorded, both with a bit rate of 150Mbps, while 1080p Full HD is possible up to 60p at 100Mbps. Panasonic also announced forthcoming firmware updates that add, among other features, 1080/60p at 200Mbps (10-bit 4:2:2 color), as well as DCI 4K at 24p and UHD 4K at 30p with an impressive 400Mbps bit rate.

The GH5 is equipped with various pro-level video capture tools, including a Waveform Monitor and Vector Scope, selectable 10-bit luminance levels, and various gamma profiles. As well, as mentioned in the early teasers, the GH4’s “4K Photo” mode receives an upgrade to 6K on the GH5: You can now shoot a few seconds of 30fps video and pull 6K-resolution (18-megapixel) stills from the footage.

The new Lumix DC-GH5 is expected to hit shelves at the end of March for a body-only price of $2000.

Defying all the general concepts of what a mirrorless camera can do, the LUMIX GH Series has reached a number of milestones with this introduction. Packing a host of innovative advancements in picture quality, response and performance into an unimaginably small-sized body, the new LUMIX GH5 opens the door to a new stage of photographic and cinematographic culture.

Unprecedented Picture Quality in the History of LUMIX Cameras

The LUMIX GH5 is able to achieve high-quality images with real-life details through excellent resolution, image rendering and color reproduction. Its new Digital LIVE MOS Sensor increases the pixel count by 25% compared to the GH4, from 16.05 to 20.3 megapixels, while also removing the low-pass filter.

The camera also comes with a new image processor Venus Engine, which achieves improvement especially in natural texture expression. The engine’s Multi-pixel Luminance Generation renders clear, sharp images by referring to a 9x larger area of pixel information during the de-mosaic process for precise detail reproduction. With Intelligent Detail Processing, the characteristic of every single pixel is analyzed to detect whether the pixel is located at a flat, detail or edge part of the picture. Optimum processing according to the characteristic of each pixel is then applied. This results in high-precision yet natural images with stunning detail suppressing false colors at its edges.

Also, Three Dimensional Color Control detects not only hue and saturation, but also brightness, and applies optimum control according to the value of each factor. This achieves rich color reproduction from shadows to highlights of the image. The conventional Multi Process NR (Noise Reduction) is upgraded to High Precision Multi Process NR. It boasts 4x the noise identification accuracy compared to the previous engine and preserves details even after the noise reduction process. As a result, photos can be clearly shot even at high sensitivity ISO values of up to 25,600.

The LUMIX GH5 also incorporates the 5-axis Dual I.S. (Image Stabilizer) 2[3], which suppresses blurring in more powerful and advanced ways for both photo and video recording, including 4K video. Combining an O.I.S. (Optical Image Stabilizer, 2-axis) and B.I.S. (Body Image Stabilizer, 5-axis), it compensates for larger movements which were conventionally uncontrollable. The LUMIX GH5’s high-precision gyro sensor controls both the O.I.S. and B.I.S. compensation by studying the focal length and shooting conditions, making it possible to use a max. 5-stop slower shutter speed[4]. This is highly beneficial not only for wide-angle and telephoto shots, but also in adverse situations, such as at night-time or when shooting with one hand. 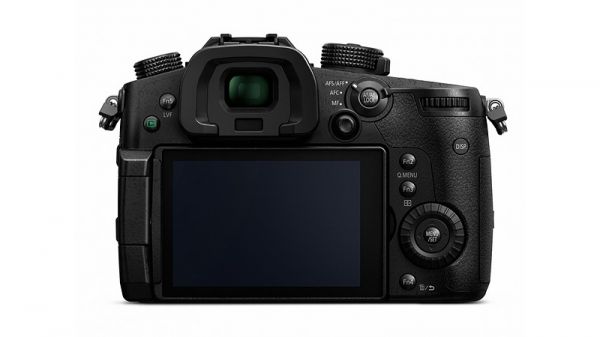 With the LUMIX GH5, the signal readout speed has been accelerated by max 1.7x in the new Digital Live MOS Sensor, and the new Venus Engine processes signals at max 1.3x higher speed. This synergy realizes 4K 60p/50p ultra high-definition, smooth, video recording for the first time in a DSLM camera. It is also capable of internal 4:2:2 / 10-bit video recording, which is the color subsampling commonly used for film production, for even more faithful color reproduction[5].

The high-sensitivity MOS Sensor and Venus Engine effectively suppress rolling shutter distortion and realize high-speed readout of full digital signals. This ensures an outstandingly high image quality for every single frame. In addition, the focal length in video recording is kept the same as that in photo shooting (no cropping).

Users can freely choose between MOV, MP4, AVCHD Progressive and AVCHD formats at a variety of frame rates, and there is no recording time limit for both FHD and 4K video. Professional users working globally can set the system frequency to 59.94Hz, 50.00Hz or 24.00Hz.

While ‘Cinelike D’ and ‘Cinelike V’, which have similar gamma setting characteristics for film production, are available in Photo Style for video recording, the LUMIX GH5 also provides ‘Like 709’ for compatibility with HDTV. A paid software upgrade to support V-LogL video recording is also available.

In response to requests from professional users, the LUMIX GH5 comes with a Waveform Monitor and Vector Scope. It also embeds SMPTE-compliant Time Code either in Rec Run or Free Run count-up methods, which makes it easy to synchronize multiple video footage or sound sources in the post production workflow. Luminance levels can be selected between 64-1023 / 64-940 / 0-1023 (10-bit). Synchro Scan mode suppresses flicker and Color Bars (SMPTE / EBU / ARIB Standard) are also available. 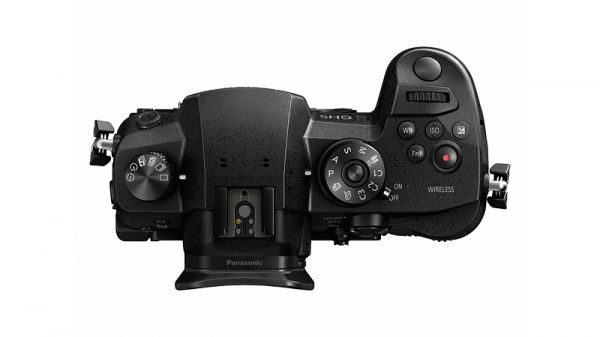 The speed of sensor drive during auto focusing in photo shooting mode has been increased to 480 fps, which is 2x faster than that of the GH4. Consequently, the LUMIX GH5 realizes ultra-high-speed AF of approximately 0.05 sec[7] and 12 (AFS) / 9 (AFC) fps high-speed burst shooting using a mechanical shutter in full resolution. By analyzing every single frame precisely, it achieves a maximum 200% higher precision frame detection with minimum motion detection error for higher tracking tolerance against moving subjects.

For even more precise focusing, the number of focus areas has been increased from 49 to 225. Users can create a group of focus areas depending on the composition and can control it easily with a new joystick located on the thumb position, without taking your eyes off the subject. This is possible even when using the LVF or releasing the finger off the shutter button.

If focus is not exactly as the user intended when the shutter is pressed, the LUMIX GH5’s Post Focus function[8] enables users to select the specific focus point even after shooting – particularly helpful in situations like macro shooting where severe focusing is required. In addition, the camera also features a Focus Stacking function. Taking a single macro photo with specific areas in focus can sometimes be difficult, Focus Stacking enables users to take multiple images of the same frame with different focus points. You can then combine them into one image with the defocus as you like.

The LUMIX GH5’s new 6K PHOTO[9] function makes it possible to capture unmissable moments at 30 fps by extracting the frame with the best timing out of the 6K burst file (in 3:2 or 4:3 aspect) to save as an approximately 18-megapixel equivalent high resolution photo. 4K PHOTO has also been upgraded enabling 60 fps high speed capture in approximately 8-megapixel equivalent resolution. In 6K/4K PHOTO, three exclusive modes are available to choose from depending on the situation; 6K/4K Burst, 6K/4K Burst (Start/Stop) and 6K/4K Pre-burst.

By compensating the signal information between the frames, the Venus Engine makes it possible to apply Post Recording Refinement over the pictures to correct distortion and reduce noise when playing back or cutting images out of the 6K/4K burst file. As a result, the picture quality of 6K/4K PHOTO shot at high shutter speed in high sensitivity or those shot in panning are dramatically improved. 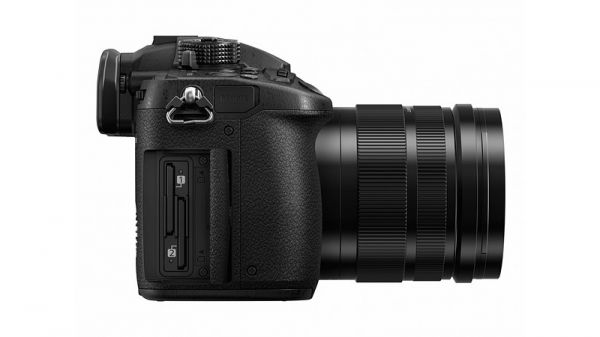 High mobility in rugged design for heavy field use

To be tough enough to withstand even heavy field use, the LUMIX GH5’s main structure is composed of a magnesium alloy, full die-cast front/rear frame. Secure construction and the sealing of every joint, dial, and button makes the camera not only splash/dust-proof, but also freeze-proof down to -10 degrees Celsius.

The LUMIX GH5 is equipped with a double SD Memory Card slot compatible with high-speed, high capacity UHS-II for the first time in the LUMIX digital cameras. Users can flexibly choose the recording method either in Relay Rec, Backup Rec or Allocation Rec.

Finally, the shutter unit is durable for approximately 200,000 releases. 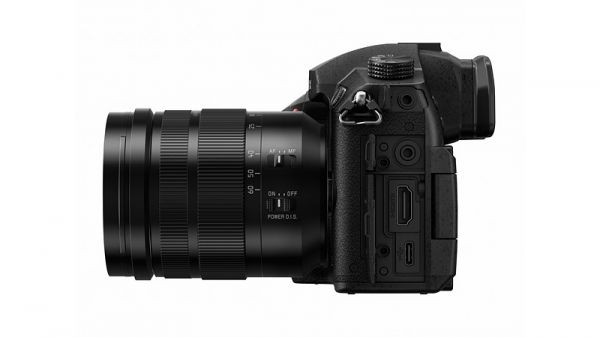 The Lumix GH5 will be available (body only) in late March for $1999.99. For more information please visit LumixLounge.com. Panasonic is proud to share that the GH5 is a CES 2017 Innovation Award Honoree.