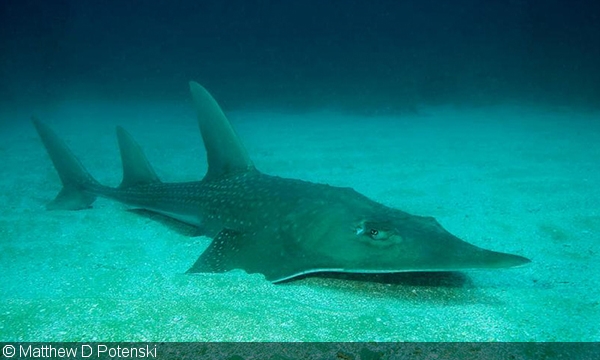 The latest update of the International Union for Conservation of Nature (IUCN) Red List has added two families of rays, seven primates, and thousands more species, bringing the total to 28,338—a 6% increase from last year’s number. Among these, some 6,127 species are now considered Critically Endangered—over 300 more than in 2018. The IUCN points out that this doesn’t necessarily suggest a rise in the number of critically endangered animals, but may instead be a reflection of increasing efforts at assessing species.

Rhino rays—a group closely related to sharks that is made up of wedgefishes and giant guitarfishes—are now “the most imperilled marine fish families in the world” with all but one of the 16 species assessed as Critically Endangered. Bycatch is driving their decline, but rhino ray fins are also internationally traded for shark fin soup.

New on the Red List are around 500 deep-sea bony fish species, which face threats from the oil, gas and mining industries as well as deep-fishing activity. Freshwater fish species are also declining, with more than half of Japan’s and over a third of Mexico’s freshwater fishes threatened with extinction. The loss of free-flowing rivers, agricultural and urban pollution, the construction of dams and weirs, and competition by invasive alien species are all to blame.

“Both national and international trade are driving the decline of species in the oceans, in freshwater and on land,” says Jane Smart, global director of the IUCN biodiversity conservation group. “Decisive action is needed at scale to halt this decline; the timing of this assessment is critical as governments are starting to negotiate a new global biodiversity framework for such action.”